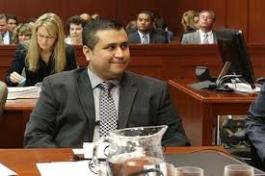 The jury that gave its verdict did not spend 16 plus hours deliberating because it wanted to acquit Zimmerman. It spent that time trying to figure out the evidence. What did it mean ? What was really going on ?

Their task was not made easy by the prosecution’s incompetent trial preparation. Key witnesses gave ineffective testimony, even damaging testimony. It is Law School 101 that you never, ever put a witness on the stand for direct examination — cross examination is another matter entirely — without knowing what he or she is going to testify to. In the Zimmerman case, several prosecution witnesses said things that, in trial prep,, should have been shaken out. The coroner couldn’t remember. Martin’s girlfriend changed her testimony. A police witness said that Zimmerman’ s story sounded true. Neighbors who had heard or seen snippets of the altercation went this way and that as to what happened.

Given such a muddle, it’s a wonder that the jury didn’t make its finding in an hour or two.

They did not do that. Instead, they did pretty much what we at Here and Sphere did, in our two editorials : they tried to make sense of the known facts.

Up to this point, there could be no question that Zimmerman had acted recklessly. We at here and Sphere have assumed — as has most of America — that Zimmerman’s reckless conduct, leading to the shooting of Martin, was criminally culpable, as reckless conduct resulting in a death is held to be in most jurisdictions; and that one cannot claim self-defense if things go against you as a result of your own reckless conduct.

But what if the jury, in its lengthy deliberation, put a question at first rather startling  : “Did Martin, otherwise reasonably defending himself, go too far ? Did he himself use excessive force ?”

One who is put in fear to the extent of reasonably defending himself certainly has the lawful right to use force to do so. But only so much force as will deflect the attack. Once the person putting you in fear is giving up, you have a legal duty to stop.

The law puts this limit on defenders because, for very solid public policy reasons, it cannot allow defenders to wreak their own mayhem. We see, in videos and photos, what happens when an attacker is pummeled by defenders — pummeled and even killed. Being attacked makes a person angry. Anger all too readily begets crime. the law wants to prevent that, and it is right to do so.

The Zimmerman jury surely debated whether or not Martin, at first properly defending himself, had gone too far. Once Zimmerman had been knocked to the ground, it was up to Martin to step back; to not continue beating Zimmerman up. It appears from the testimony that he did not step back. And thus Zimmerman’s claim of self defense revived, after being negated by his own, original recklessness. Martin, in going too far, initiated culpable conduct of his own.

This is what the jury must have concluded; because otherwise their verdict makes no sense. and verdicts that take 16 plus hours to reach are not given casually or thoughtlessly.

None of this changes the bigger picture: that Martin was going lawfully about his business; was profiled and hunted down because he was Black; and that Zimmerman acted recklessly and with animus. Had Martin been White, or had Zimmerman not been filled with animus against “punks,” Martin would be alive today, and Zimmerman would not be facing Civil Rights charges. Instead we have had to live through a case that much of America sees — rightly — as the result of Black men being seen not as people but as problems (as said Minister E. G. Warnock of Atlanta, GA.)

Yet if none of our analysis changes the bigger picture, it does explain the verdict and makes sense of how and why it was found.