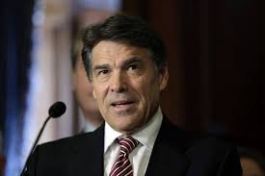 The big political story yesterday was that Rick Perry, three term Governor of Texas, will not seek a record fourth term.

Both his supporters and his opponents were thrilled at the news. Tht’s a measure of his political importance. And of the hype.

Rick Perry is not as important as hopes to be, or as he thinks he is. Perry claims that he has left Texas the most competitive economic state of all, the best for business in the 21st century, as he likes to claim. Texas may well be that; but the man who initiated Texas’s modern business prosperity is Lyndon Johnson, not Rick Perry. It was Johnson who, as JFK’s vice-president, successfully lobbied to have NASA headquartered in Houston.(Then Speaker Sam Rayburn, also a Texan, played an important role here too.) You remember NASA; it was the agency that developed a program to put a man on the Moon, and successfully did so. At the time that NASA started in Houston, the city was a growing but still one-industry “oil town.” By 1969 it was the center of America’s most advanced defense/technology enterprise.

From that NASA start, and with the vast development of underwater oil and gas drilling in the Gulf of Mexico, Houston and the Texas Gulf Coast became a major American wealth and jobs hub. Large law firms and international commodities traders located there. Software companies — also drawing upon brains at work at the University of Texas and at Rice University — chose Texas as favored locus. The Texas elite of that period included a governor, John Connally, as well as a future President, George H. W. Bush, and his lawyer friend, James Baker; software pioneer H. Ross Perot; and a Senator, Lloyd Bentsen, who became running mate to a George Bush presidential opponent.

Rick Perry came late onto the scene. He was a very obscure lieutenant governor who became Governor largely by the good will of Texas voters for George W. Bush, who had been elected president two years before.

Perry inherited all of the above — the business strength and the good will. It was easy for him to simply keep on doing what was already working. Whatever drew businesses to Texas, he was for. Whatever might discourage business, he was against. Simple agendas that work are hard to beat. Perry was not beaten.

But then he decided to run for President. Like Romney, he moved to the right — sharply, and much earlier than casual observers of his entry into the 2012 primary race realized — and with effects much more devastating. Romney moved to the right after leaving office. His move affected no one but himself. Perry’s moves, on education funding, executions of prisoners — Texas executes more than the next four death penalty states combined — health care, and “nullification” of Federal laws, including Voting rights laws, made life much harder for Texas’s low income people. 25 % of Texas residents have no health insurance. the same percentage live in poverty. The abortion restriction law that State Senator Wendy Davis filibustered — and became world famous doing so — would impact mostly low income women. Perry also successfully opposed pay equity legislation and rejected hundreds of millions of Federal health insurance dollars.

Perry wants medicare, social security, the income tax, and popular election of senators abolished. These are either anti-social or just loopy views; even though they remain mere noise ,they debase the conversation and lead people away from progressive reform into dead ends of negative rant.

It is hard to see how anyone not a business executive or a negative ranter can want anything to do with Rick Perry ever again. And even business executives might question the advantage of locating ina state that makes life so hard for both the low-wage people whom most businesses count on and for those living in poverty, who lack income to buy what most businesses need to sell. Texas badly needs to change its priorities if it — and its 24,000,000 or so residents — are not to lose ground in the coming decades.

It is said that Perry intends to run again for President. We urge him not to.