Money isn’t everything in politics, but it is how everything becomes ….a thing. The thing that money most helps become is a voter base — of committed votes. With twelve (12) candidates on the September 24th Primary ballot, a shockingly small voter base can choose the two Mayoral finalists. As few as 20,000 votes — little more than five percent of all Boston voters — might get a candidate onto the November ballot.  Add the votes going to his or her opponent, and you end up with a mere 45,000 voters choosing the final two. That’s barely 12 percent  of all registered Boston voters.

But it is what it is. Quite a few of the twelve candidates have enough political sock to tally 20,000 votes. So money will make the difference in who actually does it. Money buys campaign literature, campaign advertising, lawn signs, campaign staff. It allows a campaign to make its newspaper, interest group, and union endorsements known — and unless publicized, they don’t count for much. It buys an election-day street-level operation : poll checkers, door knockers, telephone callers, telephone banks, coffee trucks for poll workers, precinct captains, secure phone lines, lists of who needs a ride (with phone numbers and addresses), precinct maps,  ID’d voter lists. Money generates “good morning voter’ doorknob cards that we used to deliver to doors, like newsboys, at 4 AM in the morning. assuming that four or five candidates have a fairly equal ID’d vote, money gives him or her who has it a strong advantage in getting those ID’d voters actually to the polls.

So who has the big bucks ? Now, at the start of July, with less than three months to go ?

Here’s the cash on hand list as of the most recent OCPF report :

The other two candidates, David Wyatt and Charles Clemons, reported no cash on hand.

The list contains several surprises. We did not expect that Charlotte Golar-Richie, the only woman in the field and boasting of wide support beyond her home Dorchester turf, would figure so low on the list. Nor did we expect Bill Walczak, who has never run for city office, would top two city councillors AND Golar-Richie. And who could have foretold that Dan Conley would have almost double the cash on hand of his nearest competitor, or that he would top the entire list ?

Given that Conley has also put forth the completest policy agenda — and a progressive one at that — and that he will be in office, as Suffolk County District attorney even if he loses, and so should be able to raise money and volunteers aplenty, one has to conclude that he will make the November ballot. In this regard, it was instructive to see Conley’s poll worker operation on US Senate election day, June 25th. In wards 18 and 20, which will likely combine to deliver a full 25 percent of the September vote, he had by far the completest poll worker showing. Conley means business.

So the question remains : who will Conley’s November opponent be ? The money fact gives us scant clues. Though Mike Ross and Bill Walczak have raised much, they lack a definable voter base. As for the others, John Connolly, Rob Consalvo, Marty Walsh, and Felix Arroyo all have defined voter bases and sufficient cash to maximize their base voters’ turnout. Charlotte Golar-Richie should have the same prospect; but her lack of funds, at this late stage, sends a very negative message, both to prospective donors and to voters as yet undecided. With City Councillor Charles Yancey also on the ballot drawing votes from Golar-Richie’s likely base, her prospects look poor. 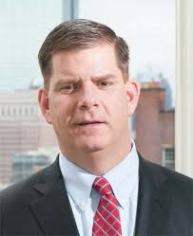 Two candidates seem poised to benefit most from Golar-Richie’s decline : Marty Walsh, the strongest Dorchester candidate, and Felix Arroyo, who needs to win convincingly among Boston’s voters of color if he is to beat Marty Walsh to the November ballot. 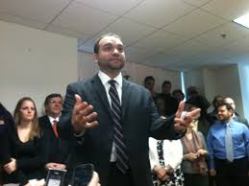