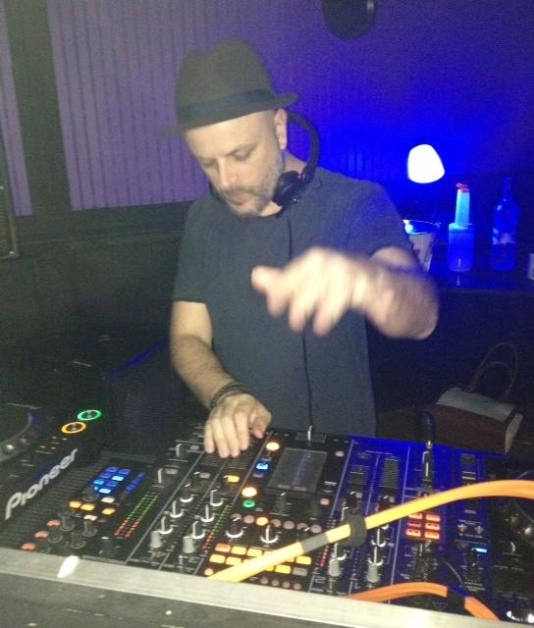 Much-appreciated, but seldom Boston-seen DJ Luca Bcchetti, who lives in Barcelona, dropped a 105-minute set at arc Night Club on Friday night. The smaller than usual, but highly committed, crowd got to hear a Bacchetti sound radically different from what he presents in his own tracks. There, he projects a sound twinkly and dinky, high-pitched, with light-footed, often Brazilian beats. At Arc, however, his sound hugged the bottom octaves. The tone was bluesy, the tempo shaggy, the overlays darkly foreboding. The music was sexy and hugged one’s body. It might easily have been a John Lee Hooker performance, were Hooker alive and licking today.

Using a pc program to direct Aerc’s CD players and mixboard, Bacchetti added his own cuts and tool-ins to a set featuring — so far as I could tell — only two of his Beatport Top ten tracks, the Italo-techno “Such a Dreamer’ and his remix of Riva Starr’s “No Man’s Land,” with Carmen Consoli vocalizing gthe atnospheric girl role. The latter track seeks to seduce in the guise of angels, and at Arc it did just that, swirling synth lines and Cinsoli’s lullaby voice breasthing down upon a deep, stomp beat blened with cello-like orcherstration : Hooker meets Brahms.

The mismatched accomodations of blues and classicism continued, as Bacchetti added a cool reverb moog sound redolent of 1970s Giorgio Moroder. Here “Such a Dreamer” took center stage and directed Bacchetti’s program toward ever more intricate mismatches. Tenson aplenty, and there was more, as he broke up the comtinuity of his high-octave sound work, turning the dancers’ attention to it and then, with their ears turned away, slamming the bottom beat into their backside and butt. It is an old DJ move in house music and one that still works.

Cool tones and technical effects dominated the second part of his set. Here Bacchetti sounded more like his track craft than in the first hour, though harsh. If he used his own tracks (and I could not tell), it was in drastically shape-shifted form — sound radically repositioned. All set long he imposed the moment’s instiunmct omn his sound, veering toward the icy razz of ‘acid’ and finally out of seduction’s orbit entirely into a kind of abstract wooziness — intoxication’s after effects perhaps. All of which hallucination he pushed, like a genie, back into its bottle by ending his end in UK Glam, Underworld-ish vocal mode — rock tempo and a full-bodied harmonic as unlike his music of dance gesture as a bottle of cream is unlike a snifter of brandy. The dancers cheered him.

Local DJ Juan D opened entirely in dark bottom, bluesy, walk-rhythm mode, just the right lead in for Bacchetti’s starting point and enough unlike the sound that Bacchetti blasted later to assure that Bacchetti’s journey would be an adventure and not a repeat.