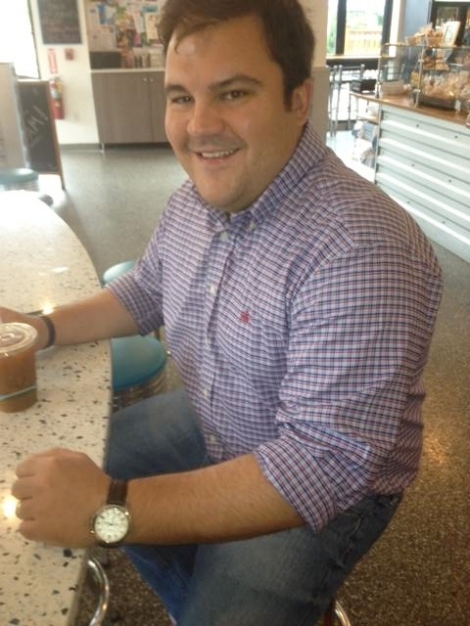 ^ Philip Frattaroli ; at a restaurant, of course….

Not many candidates for Boston City Council come from the restaurant business. Indeed, it’s hard for me to think of even one. Enter Philip Frattaroli, who owns and operates Ducali in the North End, where he lives in a “fifth floor walk-up,” as he puts it, a living situation not at all uncommon in that ancient part of Boston. restaurants, too, are common in the North end, but not since Dom Caposella, who after losing a race for State Representative, opened a fine dining spot named “Dom’s,” on Commercial Street, decades ago has North End politics and restauranting come together, as Frattaroli has now done at age 31.

Frattaroli was born in the North End — “how different it was !” he recalls — into a family that, like so many North Enders since 1900, had come from Southern Italy : the town of Avellino (Dad) and the Abruzzese (Mom). And, as Frattaroli tells it, they soon opened up a restaurant — and moved to Winchester, where their son graduated from high school.

“I grew up in the restaurant business,’ he says. “it was something i wanted no part of as a career, though. and when my brother was killed by a negligent driver, it changed how I looked at everything. So after college, I went to Suffolk Law School and then to practice law.” But the restaurant business came back into his life anyway “I came up with an idea for a place and so decided to get involved in my own restaurant. Thus Ducali.”

Being a small businessman, says Frattaroli, makes him “a candidate who knows what it might be to lose money.” And as a restaurant owner, “I know what a small (food) business has to go through, all the licensing, the city departments…I’m a lawyer, and it’s hard for me. imagine what it’s like for an immigrant.” But, he continues, “I’ve created jobs in the city, I’ve been through the 1010 Mass Avenue (inspectional services department) process. (Don’t forget) “the North End turned around (and became what it now is) because of small business.”

Having heard this assertion, I felt the need to ask him an obvious licensing question : “So, do you agree with Councillor Pressley’s Home Rule petition to give Boston power over its own liquor licenses ?”

Frattaroli responded at gtreat length. After all, this is the issue he lives by:

“Not sure I agree. To go to an uncapped liquor license system (means that) all the small businesses that have played by the rules will suffer. Their licence is their chef asset. Her home rule proposal needs to be modified. Somerville didn’t go to an uncapped system when they revamped their licensing a few years ago; why should Boston ?

“The licenses aren’t the problem, it’s where they are given out. Some neighborhoods have too many, some have none. Ten percent of all people (employed) in Boston are employed in the restaurant business. The goal here is (to not hurt them). With me, you have somebody who knows the business (and I’m saying that an) uncapped system is going to hurt the current restaurants. Keep some cap on the total.”

HnS : What are your two top priorities as a Councillor at Large ?

Frattaroli : “First, small businesses and how the City treats them. Second, young families. We need to make the city easier for them to stay. This involves, first, better assignment process for schools. Schools have to be neighborhood schools. Second, sports programs in the schools, such as Boston Youth Wrestling. it’s proven that kids involved in wrestling don;t drop out of school, and wrestling, unlike basketball or football, is for kids of all shapes and sizes. third, late night transit. it;s better for the city and for safety and for the businesses. Lots of younger people work late and can’t get home.”

HnS : What about the BRA ? Replace or rerform ? If reform, in what ways ?

Frattaroli : “reform it. My friend bought a condo and had to pay the BRA a percentage of the buy price ! he BRA should be treated just like a government agency.

“There should also be transparency. How did the Seaport area get all big-chain, nationally owned restaurants, and none locally owned ? (We still don’t know the process of that.) And to get there you have to have a car — it’s too far to walk. Who planned that ? It all has to be reformed. I’m on the local neighborhood council, and we can’t find out what is happening. (As for the Council having a say,) the budget for the BRA. that is where we come in.

HnS : School reform : what on John Connolly’s school agenda do you favor ?

Frattaroli : “There’s data on what works. We have to replicate (that.) Innovation schools (work). (Take) the Eliot. The teachers there have given up some of their contract perks. We can’t (just) hold on to a system that protects vested interests. (I think of) a school in South Boston (that) had a teacher who was teacher of the year, yet the school had to let him go because he was the last one in !

“A longer school day ? As long as its used the right way, yes. We have to take best practices that work, and apploy them here.”

Frattaroli : “Yes, i think I’d vote to raise the cap. Competition is good. Restaurants are a meritocracy. (why not schools ?) Charter schools (apply) a lot of innovations.”

HnS : Marty Walsh says there’s a heroin epidmeic in Boston. Do you agree ?

Frattaroli : “There’s a drug problem. Whatever the drug is — it’s in society in general. The sports thing that I mentioned is so important (here). As a wrestler, as a kid, I was saved. I made sure that I was never not ready. Kids in sports have mentors. Especially the young men; it’s an important part of their coming of age.”

Frattaroli has had success raising money for his first run at public office. He has raised $ 70,000, he tells me, with a smile. It continues. “You’ll see,” he says. “On Monday evening there’s a fundraiser for me at Ecco in East Boston. the State Rep, Carlo Basile, will be there. Come and see how we’re doing !”