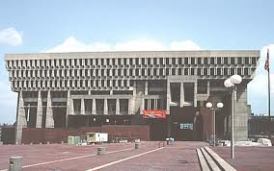 Trapped in a Labor union suit by a week of editorial hits and campaign rivals’ debate points,. Marty Walsh today proposed as significant a single initiative as any other candidate has put forth.

He would sell the current City hall — as intimidating a foreboding palace of cold, cement bureaucracy as any structure I have ever visited — for about 135 million dollars and then develop all of City Hall Plaza for around-the-clock economic growth. “This area must evolve from a 9 to 5 weekday government-dependent culture to a culture economically driven to add value 24/7,” Walsh told the Boston Globe.

Unlike previous efforts to move City hall — Mayor Menino’s plan wanted to build it in the Seaport District — Walsh’s proposal would build the new Hall in the downtown area. The building would be privately built and leased to the city for 20 to 40 years, at a fixed rent; at the end of which term the City would buy it for one dollar ($ 1.00).

Some of Walsh’s rival candidates — but not John Connolly — criticized his proposal, and Rob Consalvo raised the point at today’s Back Bay Association Forum : “how would the city function while the present City hall is bull-dozed ?” asked Consalvo, a bit snidely. Walsh stated the obvious, that City hall would not be sold and razed until the new City hall was built.

I like Walsh’s idea a lot. As he said at the Back Bay Forum, “the next area of the City’s economic growth is Government Center.” His way of getting to it is bold, but the next mayor should be — HAS to be — bold if Boston is to move forward in an ever more complex and technologically fast-paced economy. Walsh’s proposal scopes smaller than John Connolly’s “school transformation,’ but it is a firmer step than anything Connolly proposes. All of Connolly’s school transformation goals have yet to be cast into shape; nor is it easy to envision them shaping up without huge controversy, with the BTU especially. Walsh’s proposal is specific — and achievable quickly. 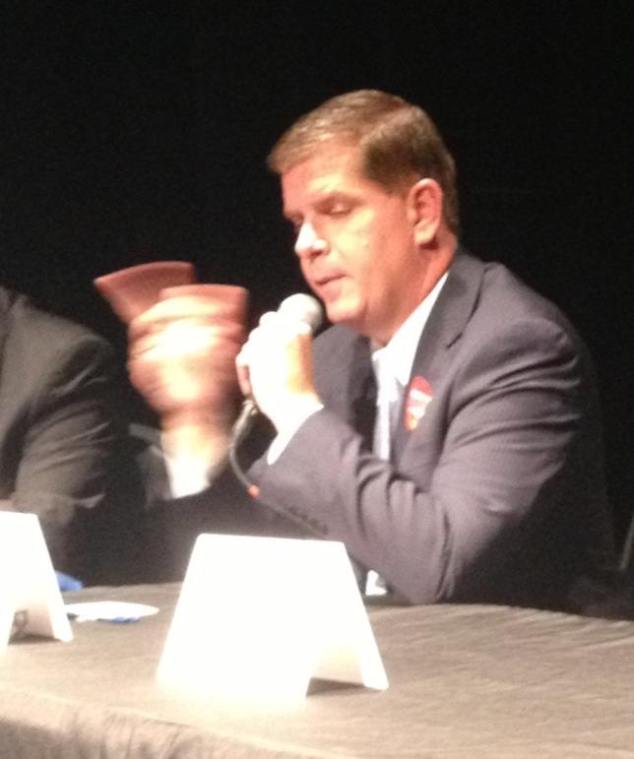 ^ Marty Walsh ; “this area must evolve from a 9-to-5 weekday government-dependent culture to a culture economically driven to add value 24/7 !”

The proposal makes clear just how significant Walsh’s “Construction Boom” candidacy is for the City’s future direction and look. Score a big one here for Marty Walsh.