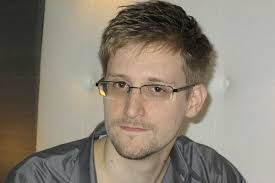 The recent revelation that America’s Federal government has access to everyone’s phone calls and all internet traffic on the nine most-used websites has shocked our nation. It should. The NSA and CIA claim legislation authorizes them; that the procedures for using such access are rigorous and scrupulously followed. Do you believe them ?

Less than a month ago it was learned that the Department of Justice, searching for whoever leaked intelligence info to the Associated Press, subpoena’d all of the AP’s phone records over a two-month period. Not only phone records relevant to the leaker, but ALL the AP’s phone records. Do you think that was justified ? The DOJ says that the subpoena was perfectly legal. Should it be ?

All of the above actions, most likely, would make sense, and be consented to by the nation,l if we were fully at war. During the Civil war, the writ of habeas corpus, as basic to free people as it gets, was suspended — and after the War, this suspension was upheld by the Supreme Court. World War I, not only anti-war actions but even anti-war speech was prosecuted. During World War II, blanket censorship of mails was put in place. Few complained; were gravely at war, and in war, many of the usual liberties of a free people understandably take a time out.

After the attacks of 9/11, our nation once again moved to a war footing — understandably so. The Patriot Act curbed many of the liberties of a free people and imposed rigorous searches upon anyone boarding an airplane — or even using a library book. Crossing the Canadian border now required a passport. The e-mails and phone calls of non-citizens were snooped on. As long as the emergency after 9/11 lasted, most Americans consented.

Still, in all the above cases ecept the aftermath of 9/11, the incursions upon basic liberties of a free people lasted only for a few years, after which the curbs were stopped. But not this time.

This time the American people are being asked to live long periods of our lives with many of our liberties curbed — get frisked and searched at an airport or the entrance to a court house and then tell us that your liberties aren’t being curbed — and our private communications available everywhere and always to government officials.

There is no limit to who these curbs impact. All of us are being treated as potential enemies, potential terrorists. The government’s position is that it cannot trust us. None of us. We are all suspects.

The fight we are in with terrorism — most of it initiated overseas, most of it (but not all) Islamic — is not a “war’ any longer as we understand the term “war.” No armies are clashing by night — and the armed forces we still have in Afghanistan are coming home. No navies are slugging it out; no air forces are bombing each other’s cities. The fight against terrorism is handled today by police apparatus and the regular courts with the help — maybe — of the FBI. The injuries caused by low level terrorism can be grievous — witness the horror of Boston on Marathon Day. But it was simple police work that responded and apprehended the two “perps,’ and it is in Federal Court that the surviving suspect will be tried, with full civil rights for his defense.

It is our glory as a society that we assure full civil rights to a defendant in a terrorism matter. But must we the American people have to be such a defendant in order to have our civil rights ? Ought not the entire nation to be assured the same, and our civil liberties as well ? Including our privacy ?

The Federal government needs to trust the American people. It really is that simple. If it won’t,  will eventually decide not to trust IT.