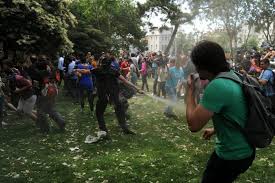 Photos and reports from Istanbul in Turkey of late, and now from Ankara, the capital, chronicle yet another Middle Eastern nation engulfed in popular unrest. What started as a peaceful protest in Istanbul by people who wanted to save a major city park from urban development metastasized in just days into a violent confrontation with Turkey’s government police.

To many, this looked like Cairo, Egypt all over again.

Turkey, however, is no Arab country in long-suppressed need of an “Arab Spring.” Turkey is by no means an autocracy. It does not deny rights to women. It does not persecute Muslims. Its big city, Istanbul, is a modern, cosmopolitan, tourist destination place as alive with nightlife, fashion, restaurants, and money-making as Paris, Rome, lor Barcelona. It hardly looks, to the outsider, like ground zero for major anti-government riots, even though in Byzantine times, when then Constantinople was by far the most populous, multi-cultural, and commercial city in the Western world, mobs and riots were common. Justianian and Theodora, famous as a team, famously put down the most dangerous one, the week-long Nika riots of 532.

Since 1920, when Kemal Ataturk and his fellows overthrew the last Ottoman sultan and established a secular democracy, Turkey has – at least on paper and intention — devolved power to its people. Ataturk’s constitution, moreover, proclaimed Turkey a secular society. Religion there was but not in the government. This was radical; but it held. Until about twelve years ago, when an Islamist political party challenged for power — and soon won Turkey’s Parliament — Turkey was governed by rational designs, not those of faiths.

However, there has always been a dark side in Turkish society — a tribal mindset, an ethnic exclusivity that has done more than its share of harm. In 1915 it was the Armenians who suffered from Turkish ethno-ferocity: more than a million Armenians were slaughtered; another million emigrated (many to Watertown, Massachusetts). At war with Greece from 1920 to 1923, the victorious Turks expelled milions of Greeks from their almost 3000-year homelamds on the Ionian coast. Greeks remained in Istanbul — to them, Constantinople — but were never fully accepted, and today less than 10,000 Greeks remain in the city that was, for more a thousand years, the capital of the Greek Byzantine Empire. More recently it has been the turn of Turkey’s Kurds, a Persian-related people who number many milions and dominate the country’s large southeastern portion (a pie-slice shaped area abutting Kurdish zones of Syria, Iraq, and Iran) to feel the steel of Turkey’s armed forces suppressing them. Until recently even the Kurdish language was banned; the Kurdish leader Abdullah Ocalan remains imprisoned even while negotiating some kind of accomodation with Tiurkey’s Islamist government.

This intolerance has now developed a religious taint. Outside the big cities, women are forced to cover their heads, as in other Islamist countries. Religion in politics has led to Turkey’s estrangement from its long-time, major Middle Eastern ally, Israel. The Islamist inclinations of Turkey’s Erdogan government have now made it almost impossible for Turkey to join the European Union — in the 1990s it looked sure to win admission, only to be stopped by Western European nation’s concerns about Turkey’s long record of human rights violations. (in fairness, Turkey’s human rights record looks good compared to what is commonplace in the Arab Middle East.) And the Euro Zone’s rejection of Turkey’s application to join has, in turn, generated a backlash in Turkey that has taken the nation down a path that Turkish urbanites cannot accept.

Since Erdogan and his Islamist, Justice and Development (in Turkish, the “AK”) party first came to power in 2002 — winning a two-thirds majority in Parliament — Turkey has reformed its economy significantly; as a result, the AK was re-elected handily in 2007 and again in 2011. In addition, as Erdogan’s Wiki entry notes, Erdogan’s government, seeking membership in the EU, gave the European Court of Human Rights supremacy over Turkish courts, reduced the powers of the 1991 Anti-Terror Law, and abolished some restrictions on freedom of speech and the press. 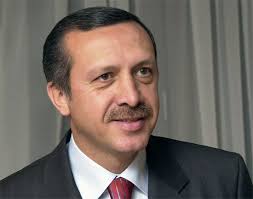 Nonetheless, during recent years, as it became apparent to Erdogan that the European Union was not goinbg to admit Turkey to membership any time soon, he and the AK moved away from the reforms they had put in place and instead have embraced the rural, reactionary, religion-ist people who were from the first the AK’s power base. Politically, that bis what advanced political forces sometimes do when they appear to have advanced too far. Unfortunately for the AK, it has let the cat of freedom too thoroughly out of the bag for it to be easily belled. Freedom is a sticky thing; once people have it, they find it glued into their souls. Freedom becomes who the free are. And rightly so.

Thus in today’s NY Times we find a full page ad, on page A13, in which the “democracy Movement” procaims “People of Turkey have spoken ” WE WLL NOT BE OPPRESSED.

As the ad then asserts: “Millions are outraged by the vioolent reaction of their government to a peaceful protest aimed at saving Istanbul’s Gezi Park.

“Over the course of Prime Minideter Erdogan’s ten-year term, we have winessed a steady erosion of oyr civil rights and freedoms. Arrrsts of numerous journalists, artists, and elected officials and restricions on freedom of speech, minorities’ and women’s rights all demonstrate that the ruling party is not serious about democracy.”

And on from there, for an entire NY times page reciting a list of grievances as long –and evidently as true — as those itemized in our own 1776 Declaration of Independence.

What is going on in Turkey  is the opposite of what happened in the “Arab Spring.” The Arabs of Spring were rebelling to gain rights they had not had. The rebellious in Turkey are rebelling to re-secure rights they have already had — but now see taken away. Clearly the events at Gezi park were not the beginning. The anger has been stoking for years. Better that it act now than wait till the repression-minded Erdogan government make future resistance too little too late.