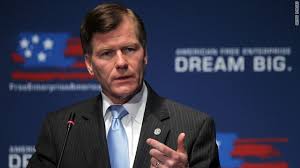 VIRGINIA, MAY 31st, 2013 —- On this day Governor Bob McDonnell (R) by decree restored immediately the voting rights of some 100,000 Virginians with anon-violent felony on their record but who have completed their sentences and have no criminal charges pending against them.

We at Here and Sphere strongly support Governor McDonnell’s action.

Nothing is more basic to citizenship in America than the right to vote. It should be assured by all lawmakers and executives and by those who administer our laws and work at our politics. To the powerless, especially, who need the vote most — because in many cases it’s all the lawful power that they have — should the right to vote be aggressively assured.

The right to vote has commanded the courage of generations; in the Civil war, hundred of thousands of Union soldiers died to bring Black slaves out of slavery and into citizenship. The right to vote was then assured to women, and then to citizens age 18 to 20.

The Voting Rights Act of 1965 — secured only after years of protests and brutality inflicted upon the protesters, including murders on the part of its opponents — gave the Federal government full power to enforce and safeguard the right to vote, and to this day the Justice department oversees that guarantee in many Southern states — and elsewhere.

Nor is this enforcement a mere leftover rom settled history. During the period 2010 to 2012 right wing groups — such as “true the Vote” — and, regrettably, many red-state governments sought to suppress voting by persons whom they figured would vote “blue.” early voting hours were cut, “voter ID” laws were rushed through and True the Vote sent poll watchers to polls in “blue” precincts to challenge and, so they hoped, intimidate voters whose likely vote choice they opposed. The cry of “vote fraud’ w raised to justify all these measures, even though actual vote fraud is a crime already, with heavy, felony penalties and is actually quite rare. Very, very rare.

t did not work. Our “blue” President was passionately re-elected, and the “red’ candidate’s party was reduced to almost non-existence among groups targeted for vote suppression — groups whose members turned out to vote in record numbers. as they should have. Threaten an ametican’s right to votes, and he will definitely exercise that right if only to spank you.

In Florida, where Governor Rick Scott secured legislation severely cutting back on early voting, only to see his approval ratings fall to the basement, he now advocates repealing his own legislation !

And now, in VA, Governor McDonnell has, on his own, restored voting rights to persons who did not have them even without “vote suppression” moves.

Hopefully it’s a trend. And that during the 2016 presidential election we will see candidates competing to see which of them can assure voting rights the quickest and the easiest to the most Americans.