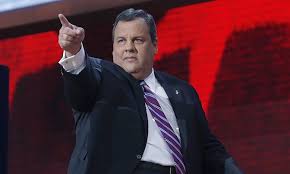 New Jersey Governor has chosen to hold a special election in October to pick a successor to Frank Lautenberg, New Jersey’s five-term US Senator who died last week. We at Here and Sphere applaud Christie’s decision.

When a US senator dies, in most states it’s up to the Governor to appoint a successor or schedule a special election. Whichever choice he makes, he is bound to anger this or that interest group or political party. Governor Christie is up for re-election in November, and all polls show him likely to win a huge victory. His willingness to do what he thinks is right for the people of New Jersey, regardless of party interests, is the primary reason why he is so popular. Rightly so. People in America are fed up with political party goals taking precedence over the needs of the nation. In particular people see the GOP as putting itself first, America second. Chris Christie, though, has spurned this GOP-first agenda — and has won the trust of his state’s voters by doing so.

It looked as though the death of Senator Lautenberg might, finally, trigger a false move by Christie. He, a Republican, could appoint a successor — a Republican, certainly, replacing the Democrat Lautenberg — and schedule no election until November 2014. That is what the national GOP wanted. Or he could have called a special Senate election, to be held on the same November day that he himself is up for re-election. That is what the Democrats wanted, because their preferred Senate candidate, Cory Booker, could bring out a large vote, win the Senate seat, and maybe even threaten Christie’s re-election.

Instead, Christie decided to schedule a special election in October. The decision has angered both parties. It also will cost the state maybe $ 20 million dollars and so has angered some state budget hawks. Governor Christie’s response ? “the people of this state are entitled to choose a new senator, and as soon as possible, and if it costs $ 20 million to do that, I don’t care.”

It’s the right response. $ 20 million spent to ensure that the voters choose their Senator quickly — and to do so separately from Christie’s own re-election, thereby not confusing the two races with one another — ensures that the interests of voters, not of political party interests, will prevail in New Jersey. And if his decision angers both parties ? So much the better.