We are re-blogging our story from yesterday, on the Massachusetts DCF Scandal regarding neglect of 5-year old Jeremiah Oliver, in light of Governor Patrick’s speech today in which he made the revelation that the supervisor of the social worker who missed mandated visits made false entry in her files that the missed visits were made. This cannot happen, and if it does, there must be severe consequences. — The Editors 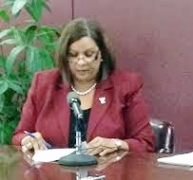 The unfortunate and wholly inexcusable matter of 5-year old Jeremiah Oliver — a Fitchburg child under Department of Families and Children monitoring, whose disappearance was not known by the department for months because of missed visits — has now made the DCF a major issue in this year’s Governor campaign. In which case his plight — no good outcome is expected — will have at least some good consequences.

Right now, however, the DCF and its Commissioner, Olga Roche, are on the very hot seat of inflamed public scruitiny. How could this have happened ? The very first sentence at the DCF’s website says “The Department of Children and Families (DCF) is the Massachusetts state agency charged with the responsibility of protecting children from child abuse and neglect.” How can an agency  set up to…