^ slain because he refused to let a stranger — who turned out to be Aaron Hernandez, big shot — get in front of him in line ? Daniel Abreu

below : Safiro Furtado, who evidently also refused to let the large stranger get in front of him in that Cure line 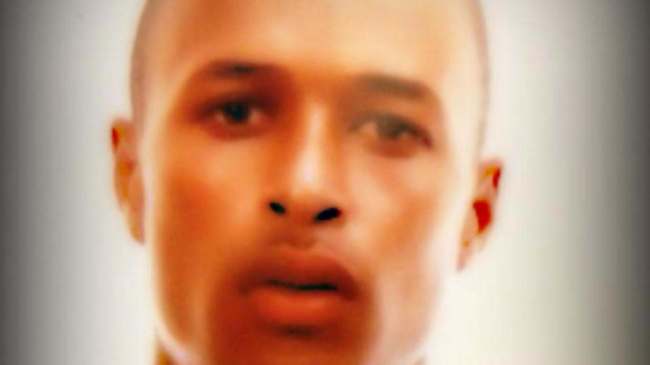 Of all the murders now on prosecutors’ table in Massachusetts, none puzzle me more than those allegedly committed by ex-football star Aaron Hernandez. Underworld murders one grasps; they’re part of the business, and all who enter the criominal life understand that. Terrorist murders, though truly nutty, at least profess a larger purpose. But what the blazes were the murders about that Hernandez is accused of doing ?

Though nothing at all has yet been proved, and we should keep that strongly in mind, the events now outlined by various police investigations tell us a whole lot. But first let’s look at what is alleged to have happened :

1.Hernandez and a friend (said to be Alexander Bradley) are standing in line outside Cure Lounge on Tremont Street, waiting to be let in. It is midnight. There is often a line outside Cure at that time — I’ve seen them. Directly ahead of them in line are two men, who we later learn are Daniel Abreu and Safiro Furtado. Anyway, Hernandez and friend finally enter Cure directly after Abreu and Furtado.

2.Hernandez downs two drinks — the Herald says that he “slammed” them — and then leaves, with Bradley in tow.

3.The two immediately get their car, the now infamous silver SUV with Rhode island license plates, and circle the block waiting for Abreu and Furtado to leave.

4.Two hours later (!!) they’re still circling ! Now Abreu and Furtado leave, with three other people. (Q : If Bradley was in the car with Hernandez, didn’t he say something like “it ain’t worth it, man. Forget about it”? If he did not say thus,why didn’t he ? More on this below.)

5.Hernandez and Bradley follow them, circle a block, then pull up alongside the Abreu & Furtado car at a stoplight.

6.Someone fires five shots, killing Abreu and Furtado and injuring others in that car.

The question immediately comes to mind : huh ? What happened here ?

What indeed. There’s no indication that Hernandez knew the two men, nor was there any report of any altercation between him and them inside Cure. What the blazes got Hernandez so ticked off that he went out, waited two hours for the men to leave, and then shot them ?

Only one explanation makes any sense at all :  Is it not likely that he asked the two men to let him get in line ahead of them — and they refused ?

This was enough, it would seem, to violate the ego of a man to whom being a big shot was everything in a life otherwise filled with danger, hangers-on, and living for the moment.

It seems small. It’s also completely ordinary. Stuff like what happened to Hernandez in that Cure line happens to lots of people. You get refused like that, you get angry you want to kill the people who take you down, ka-bang. That’s human nature for many. But then life goes on, and you forget about it. Hernandez couldn’t forget about it. He was with his friend. His friend saw it go down. Hernandez the big shot, the star Patriot tight end, could not be seen being taken down. His front had been pied. And so the waiting and the killing. To wipe the pie off his front.

And that is why Bradley probably did not say “it ain’t worth it” to Hernandez. He either said nothing or perhaps he even encouraged Hernandez. Not because he wanted the two men to die but because he did not want HIMSELF to die. He knew his man. In  fact, about eight months later, so it is reported, Hernandez did try to kill Bradley.

Killings like this happen all the time in the criminal underworld. Front is the only shield that criminals have against being killed themselves. They need to be feared. Especially they need to look tough to their crew. Not fearful, no crew. No crew, dead man. This, we understand. But how to understand it of a $ 40 million football star ? In his life it was murder for murder’s sake.

Out of the ego killing that night arose the next murder, the one for which Hernandez now faces trial as the accused. It seems equally senseless.

1.Hernandez and Odin Lloyd go to Rumor, another nightclub not far from Cure.

2.At Rumor, Lloyd talks to someone who, Hernandez says, he has “had trouble with.”

3.Two nights later, Hernandez calls two Bristol, Connecticut buddies to come join him. The two men dash up — after all, when a $ 40 million football star calls you, and you’re basically about nothing, you are thrilled that he called you. It makes you somebody.

4.At about 12.30 am the three men go to Lloyd’s house and he joins them in their car. (Question : did he not sense danger ? He surely did, but what choice did he have ? If he had refused to join them, he was a dead man, and he knew it, because he KNEW Hernandez. Heck, he was dating the sister of Hernandez’s financee. So into the car he went.)

5.At about 1.30 AM Lloyd texts his sister a couple times, the last one being to tell her “I’m with HIM. Just so you know.” (Q : the three guys LET Lloyd keep his cell phone and send texts ?)

6.About fifteen minutes later Lloyd is ouside the car and is shot dead.

The police report says that Lloyd was killed because “possibly he had information about the killing of Abreu and Furtado” and that that is why he was killed. This made no sense.

But now we find out things that do make sense. We learn that a security staffer at Rumor — a man known to me, as much more at Rumor than just a staffer — told police that “someone spilled the beans” about the 2012 killing “right in front of me.”

Could this “security staffer” be the person whom Hernandez had “had trouble with” ? Could it be that that “staffer’ had been working as such at Cure on the 2012 night in question, and that at Rumor, Lloyd had said hello to him, as somebody he, Lloyd, knew, and that conversation had then ensued ? And which Hernandez saw and heard, remembering very well who the “staffer” was ?

In this case, Hernandez waited not two hours but two nights to make his move. He had been seen packing heat at Rumor before; but evidently not on the night in question. Besides, at Rumor it was only him and Lloyd. He needed backup.

All of this is standard issue in the criminal underworld. People with information get killed all the time. By their close friends ? Of course ; who better to get inside a man’s guard than a close friend ? What is NOT standard issue is to see this sort of thuggery in the daily calendar of a $ 40 million football star. But that — big time football star — is how WE see Hernandez. He evidently saw himself differently. VERY differently — from inside himself.

One last time I caution you that none of the criminal acts narrated by me have yet been offered as evidence, much less proved. The Hernandez trial has yet to begin; the indictment is still in the pre-trial, procedural stage. But the narration is a common one in a world in which fear rules everyone every minute of every day and every word one says, even every item of clothing one wears; fear, worry, anger, and living — regardless of what the side doors of one’s life open onto, stardom included — entirely by the sneer and bad-ass of one’s paper-thin front page.

For the thinness of that paper front, folks have to die.