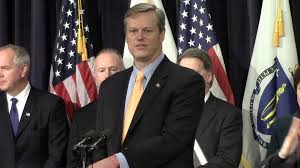 Charlie Baker ran a bold campaign; can he be a bold Governor ? We shall find out soon enough. The T’s utter collapse has put T reform on top of Baker’s political mountain. Now that the $ 768 million 2015 budget deficit has been addressed — in record time, and almost unanimously, by the legislature : bold indeed — T reform is what we all expect and insist upon.

Unfortunately, the public T reform conversation so far has turned to blame-gaming. It’s Beverly Scott’s fault (Scott is the T’s general manager), the T’s in debt but she takes expensive junkets. Or it’s the fault of waste, cronyism, and padded payrolls. Or all of the above.

I beg to differ. Whatever the wisdom, or lack of it, in Scott’s expense account, it’s a thimble compared to the huge deficits run up by the T since 2006, the deferred maintenance, the failure to modernize systems and trains, the incompetence of Keolis, the focus on expansion rather than maintenance, the lack of communication between management and the legislature, the inexcusable neglect of snow removal plans or funds, the refusal by several legislatve sessions to fund T reforms.

The carping about the T’s unions, about Scott, and about inefficient budgeting sounds like the usual easy-fix talk. Just as the problem with DCf was not Olga Roche, and just as the State’s EBT program is not beset by vast fraud (an audit found the “fraud’ rate to be about 0.7 % of the EBT fund), so kvetching about the T’s small stuff makes it that much harder to do significant reform.

Kvetching sounds good in the radio talk show world, where highly paid demagogues address serious issues by spewing, and as we have free speech in this country, radio talk show hosts are free to dump. Unfortunately, T reform also finds itself crapped by some politicians. Governor Baker cannot enjoy that a large number of these grousers are Republican legislators and candidates. How is he to bring major reform to the T when his own party’s legislative caucus talks the language of No way ?

Baker has already had to trim his policy sails rather than pick a fight with Republican legislators. It’s why he refuses to push for adding public accomodations protections to the state’s transgender civil rights law. It’s why he declines to approve drivers’ licenses for undocumented immigrants even though all common sense says they should be granted. Let’s remember that Baker’s support for marriage equality and women’s health rights set him at odds with the GOP platform; his endorsement of the state’s minimum wage hike crossed up Mass Fiscal Alliance, a GOP-aligned advocacy group..

Baker knows that every reform he undertakes, that includes new taxes, or provides tax-paid services to people who need them, will be fought loudly and rigidly by almost every GOP legislator and “grass roots” activist; knows that to accomplish what the state needs done he will need Democratic legislative votes. He knows, too, that his winning 48.5 % of the November 2014 vote numbered almost as many Democratic voters as GOP and far more non-party voters than all partisans combined. To win re-election, Baker has to do what his voters want. He knows it, and all signs say that he is seeking a path to get there without facing a Republican revolt.

That is why the seven-member MBTA reform panel matters. Its recommendations will give Baker an action plan. The panel will not be sidetracked by petty stuff. it will address the big issues : updating the T system, equipping T trains and buses for the technology age, replacing worn out trains and buses, retiring the T’s huge debt burden, fare increases, replacing the current T management structure, creating a realistic operating plan, finding a means to expand the system that doesn’t detract fro current operations; and maybe even renegotiating the benefits and pension portions of the T unions’ contracts.

Receivership might even be in the plan. I can’t say it’s unwarranted given the utter failure of every aspect.

The panel might even call for higher taxes to fund the vast sums needed. Many public policy people have already suggested a gas tax earmarked for T reform.

If Baker’s panel so recommends, it will then be “game on.” The game ? Selling the new tax to Baker’s voters.

Speaker DeLeo has already said that his FY 2016 state budget will include no new taxes or fees. Baker stands on the same ground. We should not plunk for new taxes first, he says, about T reform. I agree. Let the management, budgeting, and planning reorms be agreed upon first.

That conversation will surely take up all of “FY 2016.” So what of  FY 2017 ? Neither Baker nor DeLeo has said anything about what the 2017 budget will contain.

Already the anti-tax cranks and talk show mouths are baying for blood. The fight will not be fun. But it must be fought. Baker must “go bold” — partner with the legislature’s Democrats if that’s what it takes. He was elected to be bold; he shouldn’t stop now. His re-election depends on Securing the public a T system that works efficiently and effectively. As we have seen and lived through, the Boston area’s economy cannot prosper otherwise.