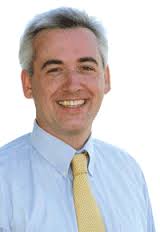 We have looked closely at some 30 contested State Representative races and have a recommendation to make in 26 of them. You will notice that our recommdation is for the person, not the party. Neither party has a monopoly of informed discourse. Thus our list features 15 Republicans and 11 Democrats.

What we’re looking for is a candidate who either campaigns to “100 prcent of the vote,” as Charlie Baker has put it, or who eloquently represents a partisan viewpoint. Ability to raise substantial campaign money, and thus to mount a credible campaign, is also a plus for us.