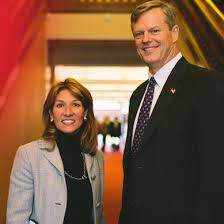 ^ a welfare overhaul plan that misses the mark : Charlie Baker needs to rethink

Charlie Baker ought to be rising to victory in this year’s Governor election. his insistence on upgrading the state’s technology — Juliette Kayyem calls it “better data management” — addresses a really big need, one that would lift DCF out of its crises and make all of state government more responsive and transparent. Baker also has shrewd ideas on the use of state-owned real estate, currently non-used, and on building innovation districts so that start-up companies can enable. Baker addresses the state’s homelessness situation more authoritatively than any of the five Democrats, and he supports raising the minimum age — to $ 10.50 or even to $ 11.00 an hour, as well as expanding the earned income tax credit to childless families who would otherwise qualify.

All of these are forward positions, realistic progressivism. They stand squarely in the Massachusetts Governor GOP tradition that gave us reformist government by Bill Weld, Paul Cellucci, and Mitt Romney.

So far, so good. But this week Baker back-slid into the welfare / public assistance issue with a policy paper that makes clear he doesn’t understand the lives of people in need much better than he did in 2010.

One night in that 2010 campaign I asked Charlie Baker to embrace, not put off, our state’s undocumented immigrants. He wasn’t having it. They cost the state too much money in public assistance, he told me.

That, it appears, is how he sees people needing public assistance in fact or potentially.

His new plan, which you can read by clicking this link —

— calls for public assistance applicants to search for work before they receive cash assistance. This suggestion alone would make it almost impossible for people in need to receive it. Does Baker have no clue how hard it is for anyone unemployed to search for work, much less people with no money and usually no way of transporting themselves to job centers ? Most public  assistance goes to single moms who can’t afford child care and who are full-time employed caring for their children. Does Baker not understand that being a full-time care giver to minor children is full time work, hard work too ? Many other people who seek public assistance live in mental crisis. they — and many single moms too — lack the self-confidence to find work or hold a job; they usually lack basic workplace skills as well as social skills essential to working with other employees. Does Baker not understand this ?

I would like to think that he does understand but prefers to “make some cheap political points,’ as Steve Grossman said of him. After all, a large chunk of Baker’s support thinks the poor are a problem, not an opportunity. Fact : Baker’s tweeted his “welfare overhaul” plan, and that tweet has been retweeted more often (30 times as I write this) than any other Baker tweet I looked at.

Baker says that that’s the message he gets from workers at battered women’s shelters and homeless facilities : get tough, give tough love. It might work, were the state to hire 1000s of social service counsellors to guide people in poverty up into the work-force. Maybe Felix G. Arroyo could get it done. Arroyo understands how hard the task is, and he has the trust of many. But Arroyo isn’t part of the Baker team.

Others of Baker’s suggestions compound his view that those in need are simply malingerers. To quote the Boston Herald article I linked above : “Baker said he’d reduce benefit extensions. Instead of allowing six-month extensions of benefits (besides the 24 months allowable under law), he would limit extensions to three months.

“He said that while education should be an allowable substitute for the work requirement, the state should have a 24-month cap for four-year college or community college and a 12-month cap for vocational programs.

Baker’s overhaul seems a combination of “hurry these leeches off our backs and a desire to inflict pain. How else to explain his wanting to increase the age at which recipients become exempt from the work requirement from 60 to 66 ? Does he have any idea what life is like for poor people at age 60, 63, 66 ? I think he knows very well.

Public assistance (PA) needs reform just as almost every part of state administration need reform. But reform should make life better for people, not harder. The legislature is trying to work out PA reforms of its own. Some of these reforms make scant sense. Putting a photograph on a recipient’s EBT card, for example, makes it harder for an invalid, or a person without transportation, to shop for food. As things stand now, a person who cannot get around can give her card to a family member or friend who can shop for her. And why can a person buy most food with her EBT card but not pre-cooked ? It’s strange to see people at Market Basket have to pass by the pre-cooked chickens because EBT won’t allow purchase.

Baker makes two sensible suggestions : (1) denying benefits to people who spend more than 90 days out of state and (2) banning the use of EBT cards for electronic wire transfers. We do want EBT benefits to go to the recipient herself, not to family living elsewhere. even so, the state says that EBT fraud tallies about 0.7 % of the EBT budget. What’s the big deal ?

What suggestions do i have for reforming PA in a way that accounts for reality without being sloppy ? How about these :

3.include a 5.00 a week EBT allowance for specific household necessities : toilet paper, dishwashing fluid, toothpaste, soap. PA families sometimes have to sell some of their EBT in order to buy these items with cash.

4.expand the state’s “Career Centers” beyond the minimalist job postings — many for abusive and/or very low wage employers — now available. Staff each “Career Center” with an actual job recruiter/headhunter; and budget him or her sufficient pay to want to do the job diligently

5.because communication is essential for PA people, who often have major health issues, expand the number of minutes available to PA recipients who use the State’s “track phone,” and offer a phone that has texting and address book capabilities.

I look forward to hearing what Charlie Baker has to say about these reforms; but I’m not holding my breath.