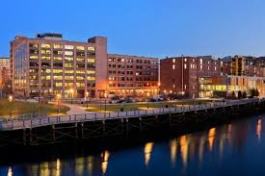 We were on our way to writing a big op-ed about why Massachusetts is best governed by a centrist GOP governor and the Democratic Speaker of the House, when, this morning, there appeared in the Boston Globe a Paul McMorrow piece that spotlights a societal shift of major significance, one that demands immediate discussion.

In his op-ed, Mcmorrow notes that the young people now gathering to work, shop, dine, party, and live in the downtowns of major cities are rendering the traditional single family home a thing of the past. McMorrow notes the building boom now going on in Boston’s central areas — from the Fenway to Seaport District and everything in between — , of apartment complexes, condominiums, and mixed-use mini-cities in which residential and commercial uses share. He applauds it. He calls for Massachusetts to shift from building single family homes to enabling the new living preference.

McMorrow is right, and I agree with his call.

The talented, socially active young people who are transforming downtown Boston completely live entirely differently from their parents and grandparents. Where the generations who grew up in the 1950s and the 1980s wanted to move far away from city downtowns, into those wonderful picket fence houses with driveways that Norman Rockwell used to paint, today’s young want to live, work, shop, dine, and socialize right next to one another. They work in collaborative competition, close and next to each other in emporia of start-up enterprises, and close-up collaborative competition is how they socialize as well. Even as social media and laptops enable people to work from home, the generation that lives by social media and smart phones wants, paradoxically, to be up close and personal with one another; to exchange ideas directly; to have conversations in real time and — indeed — to do everything up close in real time.

Prior generations sought privacy and fences, curtains drawn, and distance from their fellows. they want all their immediate concerns to exist enclosed within vast walls and rooms. That’s why, in so many 1980s-2000s exurbs, you see vast tracts of identical McMansions sitting on lots far too small. Inside was to be big, and outside didn’t matter, because you probably didn’t know your neighbor, and the commute to work took an hour or more each way, so there was no time to get to know neighbors. The generation before, of the 1950s-19609s, lived, family by family, in smaller homes on more cordial outdoor terms, but it too swore by Robert Frost’s famous line, “good fences make good neighbors.”

Today’s generation lives too great a diversity of lifestyles or cultures to accommodate to McMansions or to picket fences. In the center city, surrounded by parties and traffic, dining al fresco or indoors, partying till late at night or not, bicycling or walking, inventing or extending, the generation of 2010-15 cares less about what its living quarters are shaped like than how many different kinds of people (and different ideas) live close by. Young city dwellers want efficient space, in apartments one-third the size of McBoxes, even far smaller : micro apartments are very popular with single young people; they come really small, like the chihuahuia-sized Fiat cats of Europe;  as tiny as 350 square feet !

They are getting the living quarters they want. They have the money to demand it. What is less evident, and is not mentioned at all in McMorrow’s piece, is that the 2010-15 generation is beginning to transform the city’s basic institutions.

Good bye to the obsolete 2 AM closing hour. Hello, all night public transit.

Good bye — I hope — to the racial segregation of downtown social life.

Good-bye to the chain restaurant. Hello, the chef-owned trend spot.

Hello to District Hall, to Future Boston assembles, to Eventbrite.

But all of the above are changes in style and congregation. Much deeper changes are in store for how the city is governed :

3. good bye to the structured school classroom, hello to teacher-monitored on line learning, to apprenticeships, to study groups, to field trips (within the city).

The old, picket fence neighborhoods remain and will continue or some time. Some folks do like them. But today the center city once again drives the entire urban process. The change is radical and affects every part of city life,. it will have huge political consequences too, and these will push exurbia away from influencing how Massachusetts is governed, as surely (and for the same reasons) as the value of McMansions goes down because almost nobody wants to live that way anymore, 40 to 60 miles away from ‘the action,” slaves to automobile commuting, needlessly carbon foot-printing and isolated in huge and costly uselessness from their collaborators and competitors.

Builders went for McMansions because land costs left them no choice but to build oversized houses. That should have been the big clue that the single family home had lost its provenance. It probably would have made the point, except that 2000-06 was also the era of mortgage excess; and the marriage of house oversize and mortgage binge became a perfect storm of housing absurdity.

Today we see it.

The big changes at hand are big because they first have to wipe away that absurdity. this, they will do.The unanswered question is, what will become, in the new Massachusetts, of those who cannot afford city life, nor a 40 to 60 mile commute, and who lack access to the new city jobs ? Will we bring enough economic fairness to these people, for whom the new life of downtowns, tech jobs, and money so far has scant place ?