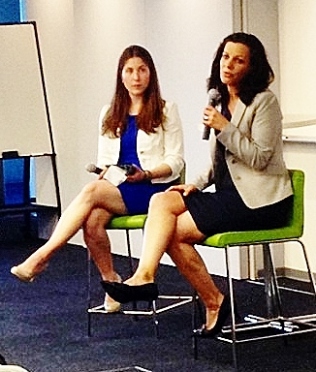 ^ confident enough to say what she is about : Juliette Kayyem (on right) at ProgressiveMass Forum

There’s a tendency on the part of so-called “conservatives” to dismiss the five Democrats running for governor as “all on the left.” That’s no more the case than to say Charlie Baker is “on the right.”

Fact is, the five Democrats differ immensely, on policy priorities, in political smarts, job resume, issues positions, personal style. Granted that the differences among them were not as evident at campaign’s start many months ago; each has evolved.

At the ProgressiveMass Forum yesterday, four of the five — joined by independent Evan Falchuk — made clear their evolved candidacies :

Don Berwick speaks rapid-fire his campaign of advanced position papers without offering any indication of how he plans to get from paper to fact. I’m told it’s all on his website.

Martha Coakley coolly touts her work as Attorney General, fighting foreclosure abuses, a situation which she sees as still the biggest destabilizer of our State’s economy.

Steve Grossman reminds voters of long age of former governor Mike Dukakis : detailed answers to just about every question thrown at him, earnestly delivered, no issue too arcane to miss his sweeping attention, no progressive ideal new to his long record of model citizenship. At the Forum he even talked about 1968 and the early 1970s, to a room full of people born mostly after 1984.

Juliette Kayyem, a generation younger than her competitors, looks the stylish, even athletic, cocktail party head-turner she is and speaks the realism — how to we get from here to there ? — that her rivals either avoid altogether or deem no big problem. Her big issue is true to type : “better data management.”

Joe Avellone did not speak at this Forum, but I have seen him frequently of late, and he too has evolved. The self-effaced, former Wellesley selectman now talks of drug abuse, recovery, and re-entry — a huge issue in our state and appropriate for Avellone, who, like Don Berwick, is a doctor. 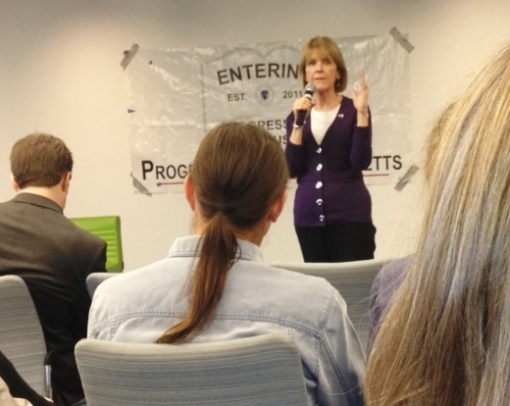 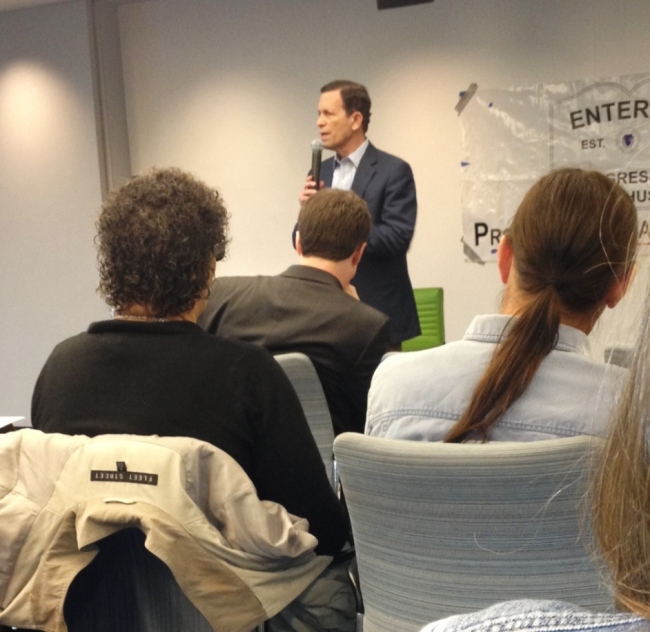 The day also made clear that some of the Democratic hopefuls have devolved. Grossman, for example, started the year as the candidate of job growth and infrastructure spending — reluctant to seek new revenue but not ruling it out. at the ProgressiveMass Forum he sounded less reluctant to ask for new revenue and, surprisingly, stated support for a graduated rate income tax ; an issue that only Berwick had up till then advocated. What other issues surprises might Grossman adduce before Primary day four months from now ? 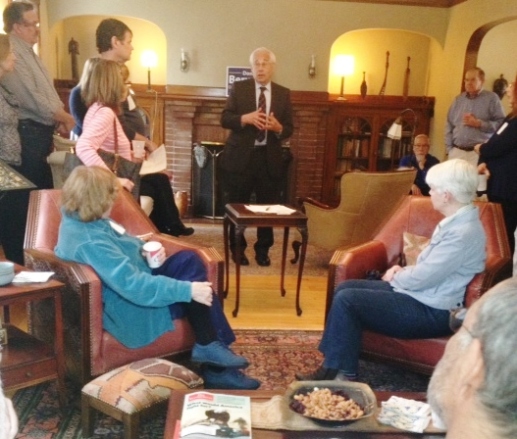 As for Don Berwick, his revelation moment occurred before the forum, at a meet and greet in Salem, my home town. there, speaking to about twenty guests (including a friend of my Dad and Uncle), Berwick answered a question about how would he defeat Charlie Baker if he we nominated by tying Baker to the odious Republican party platform — which baker opposes top to bottom — and by calling him “an insurance executive.”

These were unfair attacks, and especially unworthy of a candidate who touts his lifetime of caring about people and attachment to a co-operative citizenship. Berwick knows very well that Baker (and running mate Karyn Polito) strongly support marriage equality and women’s health choice; knows very well that in 2010 Baker’s running mate was openly gay Richard Tisei, first sponsor of the state’s now enacted transgender civil rights law. Berwick also knows very well, he being a doctor, that the insurance firm that Baker was executive of was Harvard Pilgrim Health care, the state’s best provider.

There are plenty of real issues that Baker and Berwick disagree about. It was either campaign inexperience or a real chink in Berwick’s soul for him to play the demagogue as he did. this was devolution.

As I see it, yesterday was Juliette Kayyem’s day. Asked, at the ProgressiveMass Forum, about her work on interrogation policy, as a Homeland security advisor during the Bush presidency, she did not excuse or back off but defended her work as vital to national security in the context of 9/11. She also mentioned that her policy paper mirrored the anti-torture views of John McCain, whom — said she to the room full of Progressives — “is often good on these matters.”

She is right about that, of course. And said so.

That took guts. it took confidence. She must surely be one of the first candidates, if not the first, to mention John McCain in a positive way to a room of progressive Democrats. I always like it when candidates confront a room of skeptics by conceding nothing of who she is or is about.

One final point. On the issue perhaps most important of all, to a potential Governor, there has been no evolution at all. Asked the question “if progressive legislation is blocked by conservative forces in the legislature, what will you do ?” none of the four Democrats at the Forum had a good answer. All evaded the question — or answered a different question. Because to give the real deal would undercut their pretensions. The real governor of Massachusetts is the person whom no one in the entire room mentioned by name : Mr. “conservative forces in the legislature,” Speaker Robert DeLeo. A Democrat.