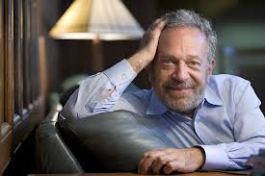 ^ the smartest and most realistic economic reformer in the USA today : Robert Reich

We all know now, thanks to Thomas Pikettty’s Capitalism In the 21st Century, what many political economists have been opining for several years now : that growing disparity of incomes threatens the growth, the effectiveness, the very stability of the economy we live in. Robert Reich blogs almost every day about it and has highly useful suggestions to make. Paul Krugman opines about it — and other economic events and decisions — and almost always gets it right.

We have several suggestions for curbing income inequality; but first, let’s do a little analysis and then read a bit of history :

What French economist Piketty has added to the discussion is to show, at length, that ( 1 ) the fruits of commerce almost always tend to go chiefly to the top and ( 2 ) the process is fundamentally absurd.

By “absurd,” I mean that income equality grows hyperbolically : the more unequal the apportionment, the faster it grows still more unequal, until almost all income goes to hardly anyone but a very few.

This happens because the generation of income is a dynamic process; the momentum of it controls the process. We see this quite clearly in stock markets, where “uptrends” — and “downtrends” — of stock prices tend to increase ever faster the higher they go, as more and more speculators get aboard the trend, until they end in a “spike” top or “spike” bottom. Stock prices are a particularly pure form of hyperbolic money momentum, but the same trend dynamic applies, albeit more gradually, sometimes interrupted, to almost every economic enterprise in which transactions occur.

The disruptive consequences of price trend spikes and of boom and bust economics became quite painfully known to advanced nations a long time ago. from the 1870s to the 1960s, such nations either enacted corrective legislation or underwent revolution; some did both. In the USA we set up the Interstate Commerce Commission to regulate railroad pricing; established anti-trust laws to curb monopoly; set up the Federal Reserve Bank to backstop the nation’s money supply — and, in the 1930s, to impose “margin” requirements (limits on how much leverage a borrowing buyer could take) on stock and bond speculators. We enacted much labor legislation to protect workers seeking to organize and bargain wage and benefit contracts collectively. We gave the Federal Reserve the power to establish national interest rates, to stimulate an economy in recession or slow down an economy going into boom mode. We introduced the graduated income tax and estate taxes, to slow down income accumulation and cut down the power of inherited concentrations of money. We passed the Glass-Steagall Act, forbidding depository banks from using depositors’ money to speculate in securities.

Canada enacted many of the same reforms. western European nations did the same, or imposed stare ownership on many industries along with extremely generous wage rates and high taxation. Some nations tried all-out state economics, centrally owned and state controlled. This model went too far,. innovation was discouraged, experiment feared, diversity prosecuted. The model failed.

The other two models worked well until about 20 to 30 years ago. Then came the internet, and speculation fever, after the collapse of which speculative money, as yet unstated, bought into the mortgage market and, as we know, into the speculative trading of mortgage bonds and other mortgage-backed instruments.

This activity collapsed, but the vast income inequality it generated did not. Publicly traded companies are hounded by speculative money pools that own their stock, to maximize short-term profits, as short term as the rapid fire trades that pressure these firms. Firms found that they could grant enormous stock bonuses to their top executives in turn for maximizing short term profits and thus becoming favored by speculative money pools whose buys boosted these companies’ stock prices — which in turn made the stock option bonuses that much more valuable.

The surest ways to maximize quick-month profits are to skimp on research, pay workers as little as possible, and do stock buybacks. All are favored methods for companies whose stock is traded, to CEO advantage, by speculative money pools.

Hence the absurdity. Money is generated by speculative trading, which makes money for the CEO’s stock options, which in turn assure that he will run the company to the purposes of the speculators. And the speculations’ money, instead of investing in new products, or creating new industry — which is what investment money is best used for — invests basically in itself : money buying money which buys money to sellers who pay money to buy money sold to them.

By this means money is, basically, taken out of the economy entirely to chase its own tail.

Meanwhile, the 99.9 % of people who have to live by a paycheck — or by public assistance or retirement funds, most of it in forms of social security — find hardly any additional money accruing to them. Between jobs outsourced, layoffs, and outright wage theft — and by making workers be “temporary” status, this eliminating their benefits — companies maximize the amount of money they can spin into the speculative tail chase and into CEOs’ stock option increases.

You would suppose that companies’ own stockholders would reject this policy. They would, except that today the huge money pools own as much a 90 % of all the stock of such firms; they control every part of the company’s money usage.

So : what to do ? All manner of suggestions have been propounded. we have our own :

1.Reform corporate governance laws so that stock can only vote if owned bona fide by individuals, not money pools or other institutions.

2.raise the minimum wage to a living wage level : $ 15.00 an hour, or, better yet, to a stated proportion of the median income for each state.

3.require publicly traded companies, as a condition of admission to a stock exchange, to have at least one third of its board members be representatives of the firm’s employees; require that each board also have on e consumer representative if the firm’s chief business is selling to retail customers

4.Grant the “Fed” power to impose margin requirements on the buying and selling of all traded financial instruments, not just those traded on formal exchanges.

5.make the classification of employees as “temporary” or as “independent contractors” an unfair labor practice, and fund the NLRB to enforce labor laws by earmarking receipts from stock transfer taxes to the NLRB (and SEC) enforcement personnel and expense.

6.Impose a surtax on firms that move their incorporation offshore.

9.make student loans a grant in aid, like Pell Grants, renewable each term upon performance.

10.encourage immigration and regularize the status — including path to citizenship — of all who are here already (except those who have significant criminal records)

You will notice that my list does not include the penalty taxes suggested by Robert Reich and which have been proposed in California. That’s because tax costs can all too easily get passed on to consumers — example : cigarette taxes — and thus fail of the effect intended.

The basic principle of my reforms ? simply this : the economy must work for all, with reasonable fairness, or it can’t work at all.

And by the way : remember that I mentioned Canada toward the front of this story ? I had a purpose : that nation did not allow the speculative practices that we set afoot 20 years ago, nor the banking excesses. Canada’s banks remained “boring,’\” and today, our neighbor to the North has the best-paid middle class in the advanced world.