WELCOME 4TH EDITION READERS OF ROAD NOISE —- WHERE YOUR ROAD/MOTORING INTEREST AND THE AUTO WORLD MEET!

Which four cars have been widely acknowledged as the “bestselling automobile in the world”?

Since Ford built its millionth Model T on December 10, 1915 the Model T remained the highest seller until forty five years after production ceased in 1927. On February 17, 1972 Volkswagen claimed that the Ford had been superseded by the Beetle, when the 15,007,034th was manufactured but since has reached then reaching then Beetle reaching 21 million.

A 1999 international poll for the world’s most influential cars of the 20th century named the Type 1 Volkswagen ‘Beetle’ fourth, after the Ford Model T the Mini, and the Citroen DS.

The Beetle remained the bestselling vehicle until the late 1990s, when it was itself overtaken by the Toyota Corolla. But the Corolla like the Chevrolet Impala though has changed designed over their history including from rear wheel drive to front wheel drive in 1966 for the Corolla. While essentially the other three top contenders remained essentially of the same design.  So lets be fair, apples to apples as it goes we can say the VW Beatle, Model T, Mini and Citroen DS keep their titles as the top four most sold.

But what does the Queen of England Drive? According to the official Royal information we are told the following …

For most of her engagements, The Queen travels to a venue in a State car.

Used for public engagements and some ceremonial occasions, State cars must transport their passengers in a style which is safe, efficient and dignified, allowing as many people as possible to see The Queen or other members of the Royal Family. Built to unique specifications, they are also vehicles of great historical and technical interest in themselves.

^ the Queen’s Bentley, side and front

The Queen’s State and private motor cars are housed in the Royal Mews at Buckingham Palace.

For official duties – providing transport for State and other visitors as well as The Queen herself – there are eight State limousines, consisting of two Bentleys, three Rolls-Royces and three Daimlers. Other vehicles in the Royal fleet include a number of Volkswagen ‘people carriers’.

State cars are painted in Royal Claret livery. The Bentleys and Rolls-Royces uniquely do not have registration number plates, since they are State vehicles.

The most recent State cars, used for most of The Queen’s engagements, are the two Bentleys. The first of these was presented to The Queen to mark her Golden Jubilee in 2002.

The one-off design, conceived by a Bentley-led consortium of British motor industry manufacturers and suppliers, was created with input from The Queen, The Duke of Edinburgh and Her Majesty’s Head Chauffeur.

In technical terms, the special Bentley cars have a monocoque construction, enabling greater use to be made of the vehicle’s interior space. This means the transmission tunnel runs underneath the floor, without encroaching on the cabin.

Although they have a powerful engine, the Bentleys, like any other cars, are subject to normal speed restrictions. On processional occasions, they travel at around 9 miles per hour, and sometimes down to 3 miles per hour.

The rear doors are hinged at the back and are designed to allow the Queen to stand up straight before stepping down to the ground.

The rear seats are upholstered in Hield Lambswool Sateen cloth. All remaining upholstery is light grey Connolly hide. Carpets are pale blue in the rear and dark blue in the front.

Visibility is important. For many people, a glimpse of a Royal car driving slowly may be their only opportunity to see the Queen or a member of the Royal Family. The Bentleys are fitted with a removable exterior roof covering which exposes a clear inner lining, giving an all-round view of their Royal passengers.

There are other Royal cars in addition to the Bentleys. A Rolls-Royce Phantom VI was presented to The Queen in 1978 for her Silver Jubilee by the Society of Motor Manufacturers and Traders.

The oldest car in the fleet is the Phantom IV, built in 1950, 5.76 liter, with a straight eight engine and a Mulliner body. It was used by Princess Elizabeth and The Duke of Edinburgh. Despite its age, the car is in fine condition, and is still used for such occasions as Ascot. … There is also a 1987 Phantom VI …

Some interesting historic Royal cars can be viewed at Sandringham Museum. Items include the 1900Daimler bought by Edward VII.

…as for the Prime Minister, he is driven in a humble Jaguar.

^… AND OF COURSE THERE’S THE US PRESIDENTIAL STATE CAR COMMONLY REFERRED TO AS CADILLAC ONE (Features bulletproof windows, state-of-the-art communication and security systems, and a gas-proof chamber for defense against gas attacks). 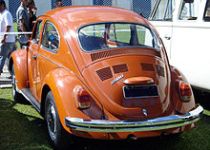 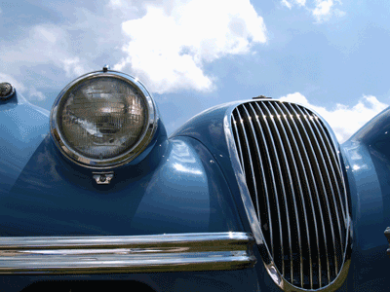