^ Marty Walsh at “Mondays for Marty” in Charlestown

Six candidates, at least, of the twelve people vying to be be Boston’s next Mayor, have ramped up their campaigns big-time. Truly the sprint to Primary Day has begun.

Every Monday, Marty Walsh holds a town hall with neighbors in those parts of the City he feels he most needs to win a spot in the final. we attended his Charlestown “Monday” last night and found it packed with neighbors with important questions — pointed questions,well informed — to ask of him. Other than Mondays, Walsh can be found shaking hands across the city, sending teams of volunteers to knock on doors, winning endorsements. 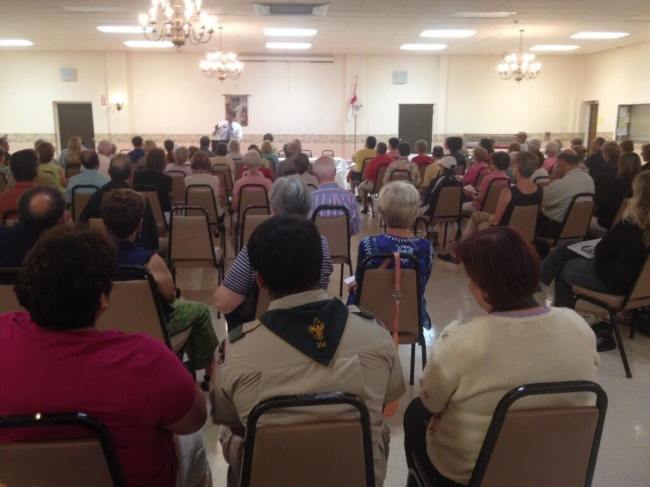 John Connolly is dashing across the city from event to event. Yesterday saw him in West Roxbury — addressing a crowd of 200 at the west Roxbury Improvement association forum — Roslindale, Brighton,. and “Eastie,” where State rep. Carlo Basile has endorsed him. 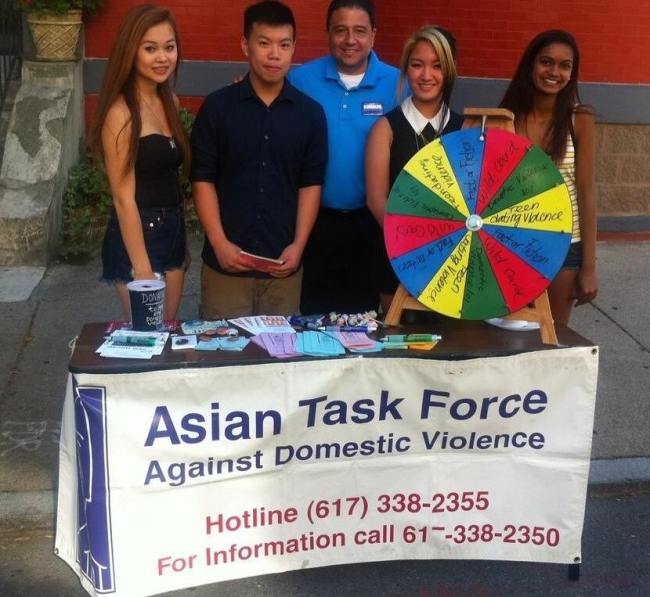 Rob Consalvo sends out teams of door-knockers, attends forums, and does meet-and-greets everywhere along the long “spine” of Boston from Readville and Mattapan to the South End, North end, and East Boston .

Dan Conley’s campaign looks a lot like Consalvo’s, except that he has concentrated not on the ‘spine’ but on the extensions : South Boston, West Roxbury, Roslindale, Brighton. 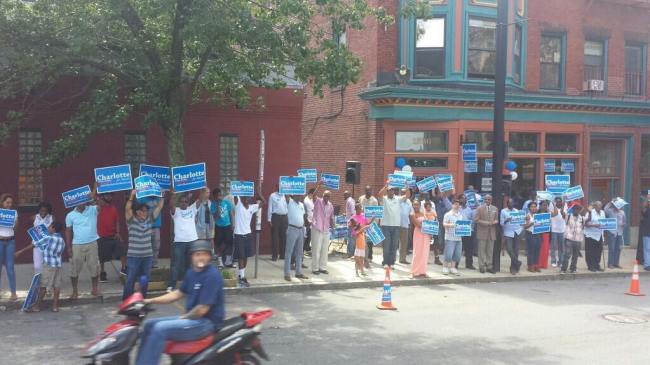 Charlotte Golar-Richie, whose Dad, a retired New York judge, just died, has opened up five neighborhood headquarters, from Mission hill to Roxbury to Upham’s Corner, and though very slow to ramp up, is now fully engaged in the fight. 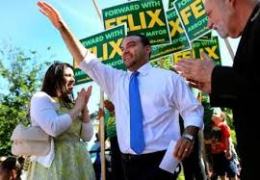 Felix G. Arroyo has sent out more door-knocking teams than any of his rivals, and he often joins them. He has some strong labor endorsements and is earnestly pursuing others.

Three other campaigns, those of Mike Ross, Bill Walczak, and John Barros, have made a mark — Barros for his knowledge of the issues, Walczak for his opposition to casinos, Ross for his visibility in social media — but it seems very unlikely that they can catch up to the six top sprinters.

As for those six top sprinters, they are not all running equally. Arroyo and Golar-Richie still suffer from looking to constituencies internally divided, with many of their leaders undecided which way to go, unhappy about what looks likely to be the Final. Arroyo and Golar-Richie also have yet to convince many of the voters whom they will need that they have what it takes to address the issues forcefully and consistently. This was demonstrated at a Black Agenda discussion meeting last night, at the Dudley Branch library, where the participants spoke disparagingly of some, angrily about Dan Conley, unsure of the candidate they most would like to back, impressed chiefly with John Barros, whom they concede isn’t likely to win, and, interestingly, with Marty Walsh, whose labor support they appreciate.

While some vital components of an Arroyo or Golar-Richie candidacy struggle toward a decision, and as Dan Conley attempts to recover from a blow-up — and bad publicity — at a recent candidate forum, there is no hesitancy at all in the camps of the race’s obvious two leaders, John Connolly and Marty Walsh, or on the part of Rob Consalvo. They are running and running fast, hard, focused, backed by strong money and an army of supporters. Even though 70 %, probably, of all Boston voters are not part of these three men’s core vote, their 30 % of the total available vote are active and, thus, making inroads for their chosen candidate into the 70 %; so that by Primary Day — September 24 — if nothing changes big-time, a significant part of the potential Arroyo and Golar-Richie vote will go, not to them, but to the three “traditional Boston” leaders.

After all, no one, whatever kind of voter he or she is, wants to vote for someone who can’t win or who doesn’t look ready. We would have thought, when this race began, that “new Boston ,” with its 70 % of the likely vote, would carry the day and elect a Mayor. Some leaders of the “new Boston” are frustrated that that doesn’t look ready to happen; and they are expressing their frustration.

It looks as though their frustration will indeed be the case. We say it again : the Final looks to be a John Connolly versus Marty Walsh race — with Rob Consalvo the only alternative probability. Every day, this result looks more and more likely.