The founders of Here and Sphere are proud to announce that we will now be reporting direct from the battle fronts in the horror that is Syria today. A connection has been forged between here and Sphere and the Free Syria News. 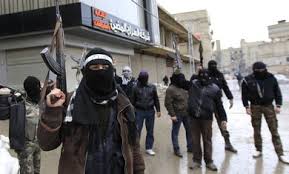 By no means does Here and Sphere advocate American military involvement in this horror. There are simply too many factions, sides, and interests alive on the ground in the lives of real people. Any side that we take will end up grievously injuring real people. especially at risk, in our opinion, are the Christian communities in Syria, which represent at least 16 % of its population — many millions of people. These are among the oldest Christian communities in the world and link up to a world-wide Syrian Christian diaspora that we respect completely.

That said, we are inclined to favor the side that has risen up against the truly brutal Assad regime of torturers and murderers, a regime resting on a power base numbering less than 10 % of Syria’s entire population. It is time for Assad to go and for his Alawite power base to start sharing power with Syria’s Sunni, Christian, and ethnic Kurdish communities.

Getting to that will be most painful — if it can be gotten to at all. Meanwhile we have vicious, brutal war, the brutality emerging now on both sides. Part of that story of courage, idealism, viciousness, retribution, and battle will now be reported right here, at Here and Sphere — your place for news and reviews, lifestyle and crazy stuff from Here and from the entire Sphere.