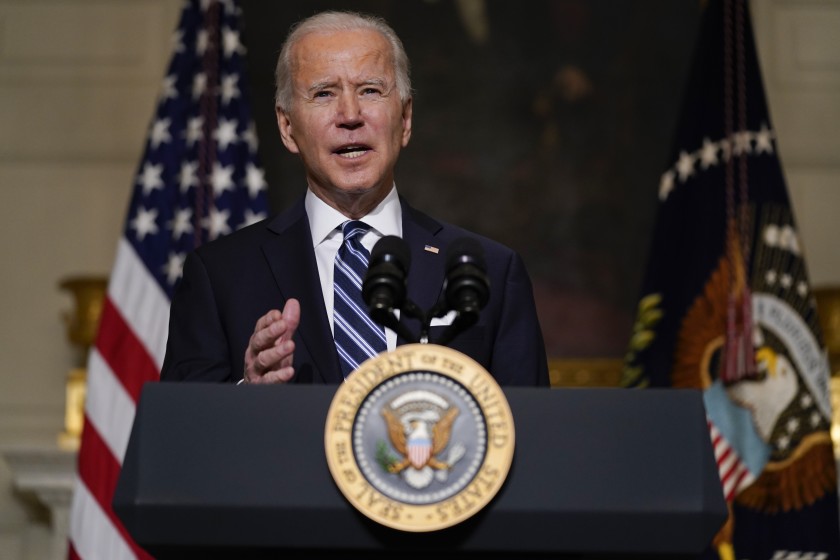 The Biden administration’s COVID-19 relief bill includes a provision that raises the Federal minimum wage to $ 15/hour, to be increased in phases. We support the measure. It isn’t just a fairness matter. It is smart economics.

Here in Massachusetts we enacted a $ 15/hour minimum a few years ago. The final; phase, up to $ 15, will kick in on January 1, 2023. I argued at the time that this increase would lift hundreds of thousands of workers out of a tax credit level and into taxpayer status. The same would be true at the Federal level.

A worker earning the current Federal minimum, $ 7.25/hour, or anything close to it, can’t possibly get by without substantial, public assistance. She’s also well below the IRS tax minimum. She’s a very costly economic unit, costs borne by those who do pay taxes. Understandably, taxpayers ask, “why do I have to subsidize full time workers ?” We ask the same question.

Pay that worker $ 15/hour — or more — and she becomes a taxpayer herself, as well as no longer requiring taxpayer assistance for her basic living expenses. As a $ 15/hour earner, she pays taxes that contribute to Federal revenue, decreasing annual budget deficits. Nor is that all she now gives us.

Her increased earnings allows her to spend into the discretionary economy. Someone who earns more has more money to spend, right ? And people who earn at the $ 15/hour level do spend their money. They have to. Even at $ 15/hour, a wage earner hasn’t much left over for frippery. Yet she does have money, now, to buy things and services beyond the bare minimum : child care, a car, an occasional meal out, summer camp for the kids, new furniture and some clothes. Every dollar of that extra spending bulks up the businesses that offer these goods and services, spending that helps businesses pay the increased wages.

That’s the real thing here : substantially increased wages pay for themselves because those who earn more, spend more.

Yes, that increased spending probably doesn’t get spent equally into every kind of business. Being in business, however, means supply meeting demand. A businessman facing required wage increases has time to adjust his business to the goods and services likely to be in greater demand by workers earning more. Change Is difficult, yes, and a businessman trying to predict which sorts of goods and services will see increased demand from better paid wage earners has some market research to do, not to mention what his own experience tells him. Yet business is always a risky adventure. Its up to the business person to manage risk and keep up with economic changes.

My own opinion is that $ 15/hour is, in many States, far from enough — even higher than that in certain cities. I would hope that once a Federal $ 15/hour is in place, high-cost States would lift their minimum to $ 21/hour and even $ 24/hour. We as a society simply HAVE to value full time work, much more than we do now. It isn’t only a matter of numbers. People who work have to feel that their work is valued — that it counts and that They count, as members of our society. We should never allow full time workers to hate their job or to feel that they are chewing gum on the sole of society’s shoe. Why should a service worker be looked down on, or seen as a faceless crowd of helots, compared to professionals or financiers ? Work is work no matter what work you do. As I see it, the only reason that we look down on service workers is that they are paid very little and most of the time look it, because they haven’t time or money or self-esteem to look great or cheerful. To sum up ; there’s no social benefit at all from paying workers so little that they can’t live discretionary economic lives.

This also makes economic sense. Well-paid workers are less likely to leave that job for another, and believe me, staff turnover is hugely costly, all of it wasted, because if staff stays on the job you don ‘t have to train a new employee or to spend time and effort looking for and hiring new employees.

I am not suggesting that full time workers will likely ever earn the same as Doctors, bankers, or college administrators (though why college executive earn $ 275,000 and up is beyond me). Pay in a market economy will always range from lower to higher. I am advocating, however, that ALL actual work be resopectd and paid an amount that delivers that respect economically to the entire entire economy and honorably to ther worker earning it.

When the Biden Covid relief bill is enacted, or something like it after negotiations, I darn well hope it includes the $ 15/hour minimum wage. Let’s insist on it.