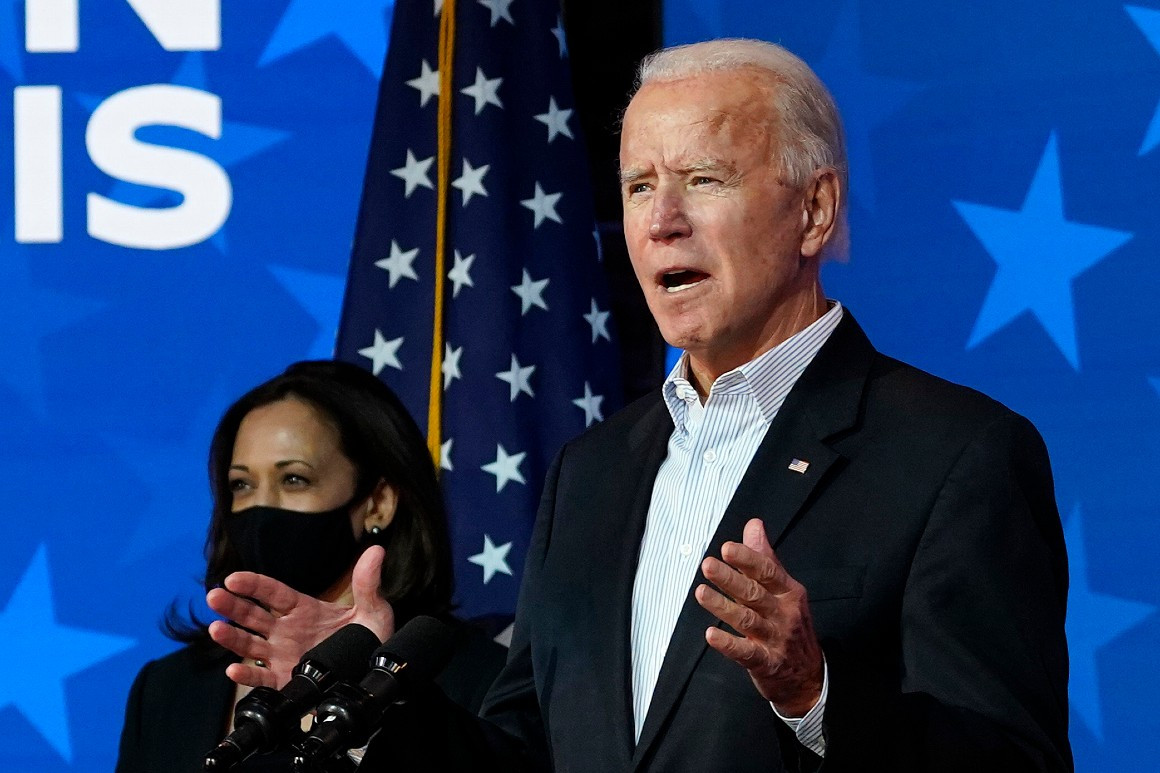 ^^ the incoming President has a big decision to make about Mr. Trump. What to do and what not to do ?

Mr. Trump’s actions since November 3rd — before that date as well — require a prosecutorial response. No President should ever be allowed with impunity to do the abusive things, or make the false claims, that Trump has done. The difficulty is, what actions should the Biden administration take ? What actions not ?

President-elect Biden has averred that he does not want his administration to be about Trump. Correct. His administration should be about all Americans. That said, he cannot ignore what Trump has done. The following Trump acts, at the least, require response :

( 1 ) Trump attempted to blackmail a foreign country into concocting and heaping dirt upon Mr. Biden’s candidacy. For this Federal criminal act he was duly impeached.

( 2 ) Trump refused, with no justification, to respond to innumerable Congressional oversight requests, and he forced his administrators to do the same. He fired m any who did comply with Congressional; subpoenas, and then heaped insults upon them.

( 4 ) Trump has, in violation of the Constitution, directed hundreds of millions of taxpayer dollars to his hotels and other businesses.

( 5 ) Trump has vilified almost every branch of our government and those who manage them, terminating many such people with no good cause.

( 6 ) Trump has attempted, time and again, to persecute and deport immigrants who have an established expectation of forbearance.

( 7 ) Trump has threatened to withhold Federal funds from States whose leadership criticizes him.

( 8 ) Since November 3rd, Trump has moved every move he could think of to try overturning the election and deliver the electoral college vote to him, in violation of law, Constitution, custom, and foundation; and he has done so without a shred of cause, has lied without stop, has engaged the services of quack lawyers to work his scheme, and has tried to blackmail State legislators and even Governors to do his seditious bidding with no justification.

( 9 ) His seditious, lying interferences continue even as I write on December 9th, 2020. He has incited his followers to sedition, and they have done so.

( 10 ) He has impeded the work of the Biden transition team despite saying that he would authorize every agency to co-operate.

( 11 ) he has subverted our military, betrayed our allies, insulted our alliances, and hollowed out ther Department of Defense, National intelligence, and State.

( 13 ) just yesterday, in a recorded phone call, he and his Chief of Staff bullied and extorted the Secretary of State of a sovereign power, the State of Georgia, to overturn its election results from November.

I could go on, but the list of crimes and subversions is long enough already. What, then, should a Biden administration do ? Here is my list of steps I hope they will take :

A — remove the Department of Justice policy directive that prevents the indictment of a sitting President.

B — encourage Federal Courts to impose severe monetary sanctions upon the quack lawyers who file Trump’s frivolous, subversive lawsuits challenging his election defeat. Frankly, I am surprised that Courts have not already done so.

D — investigate, and prosecute where feasible, Trump’s many money transactions, including those that appear to violate the Constitution’s Emoluments clause.

E — The Civil Rights Division of the Department of Justice should make it a priority to enforce voting rights for all citizens. The Voting Rights act of 1965 should be updated by legislation and its jurisdiction expanded to all 50 States.

G — require that all candidates for Article 2’s office must publish their Federal tax returns for the ten years prior to commencing said candidacy.

H — prosecute any executive branch officer who is found to have destroyed, hidden or altered an executive department’s public record.

I — Prosecute official(s) responsible for DHS’s ordering or carrying out family separation actions at the border.

It seems a long list, but it’s not as sweeping as you might want. I do not suggest that a Biden Department of Justice pursue every person, or every act, that could sustain a prosecution. One must pick out the unusually egregious. One cannot just brand every Trump flunky a criminal or assault his or her career. That said, my list of actions Biden should take is quite enough to keep Trump and his chief enablers very busy for the next four years or more, and it is a very powerful signal to future aspirants to the presidency not to engage in the wholesale criminality and abuses of power with which Trump has demeaned the nation.

One other action that President Biden must NOT take : he cannot, must not, pardon Mr. Trump. President Ford’s pardon of Richard Nixon was justified. Nixon resigned his office. He did not set the nation aflame with hate. Trump has done that and more than that. He has every burned his bridge of custom or respect, his link to any mercy or consideration and must face the bitter music that is coming his way — indeed, that MUST come his way.