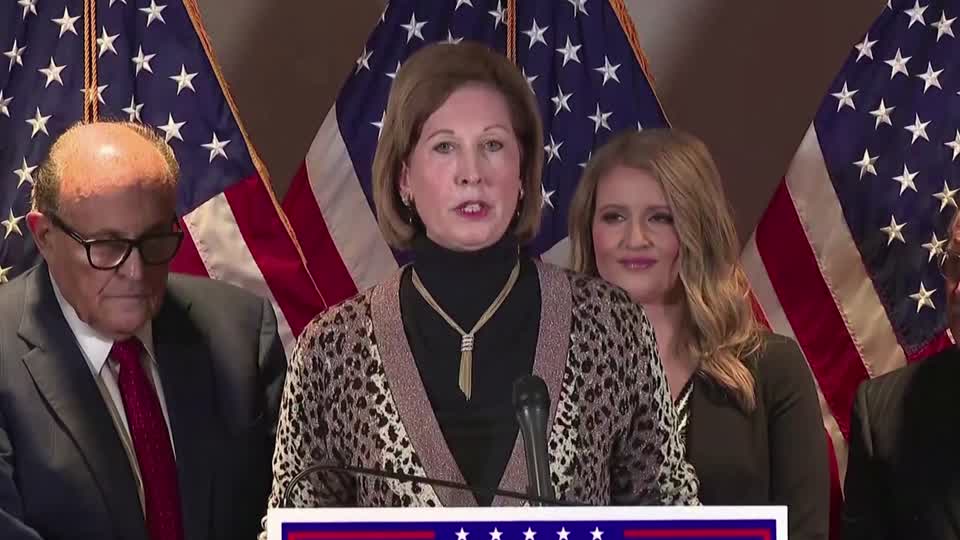 During the past month we in America have witnessed nothing less an attempt to end democracy per our Constitution and substitute for it a dictatorship, a Presidency for life or some such, directed by a readily identifiable clique of plotters hell-bent on imposing their political addictions on the rest of us.

Chief of the plotters, as we all see, has been Mr. Trump. He has wanted to end Constitutional democracy here in America since he first realized that he had some power to seek it. No later than May of 2017, when he fired James Comey, Director of the FBI, for investigating Trump’s relations with Russian subversives, Trump has sought to set the Constitution aside, if occasion arose, and commence an endless Presidency in which he could, as he himself put it, “do what I want.”

The rest of his work, we all know only too well.

We also see that he has a large posse of supporters willing to go wherever he leads them, people who have come to hate Constitutional government and want it to end, want Trump as their caudillo for life (or some such). The question is, who are these enemies of democracy ? Why are they committed to subverting our government ?

I shall, admittedly, be making a judgment of my own, based only on what i see and on my fifty years involved in campaigns that have taken place pursuant to Constitutional governance. As committed as I am to the Constitution and its express limitations, all of which I applaud, I am a partisan in this battle. Those who would end Constitutional rule are my enemies, and I am not shy to call them that. There is no compromising, on my part, with these folks; only their utter defeat will do. So take what I am writing in that vein. This column is an act of combat which I hope will contribute mightily to the utter destruction of my opponents: because as I see it, they are your opponents too; your enemies. They want you and your commitments to be destroyed. They shall not succeed.

Trump has made it plain, in his subversion mode, that “the others who were here” are his enemies and the enemies of his fellow subversives. After all, it was in majority-Black counties that huge numbers of voters chose Joe Biden, not him; and that he counts such votes illegal and to be thrown out. There has never been any doubt in his mind, or in his clique’s minds, that Black voters are the major voting enemies of Trump dictatorship.

Trump’s plot has attracted many adventurers who see in it an opportunity to get rich, or to acquire fame that will assure them of long-term jobs in right-wing media, of which I shall speak below. we see these grifters aplenty, headed by Rudy Giuliani, quack lawyers Sidney Powell and Jenna Lyn Ellis, ugly pugs like Joseph diGenova and Victoria Toensing, conspiracy liar Roger Stone, assorted oddball “experts — including Massachusetts’ own clown-didate Dr Shiva Ayyadurai — and a platoon of election lawsuit “witnesses” who have lent their attention-seeking quackery to ridiculous court filings.

These actually belong to “the grifters” faction. The business model of right-wing media is to gather up all the supporters of Trump’s coup, to increase their numbers where doable, and to glean big advertising dollars from sponsors (not the least of whom is Trump himself) seeking to bilk the many who tune in to or read their productions. Dishonest and scurrilous publications have existed in this nation since the early days, and they do not improve with age. As there is no First Amendment protection for lies, libel, and disinformation, most right-wing media can be and probably should be driven from the air waves. Racist publications and their despicable ilk do have First Amendment protection, but the blatancy of their work limits their reach to an outlaw fringe. Thy will continue, as will right-wing disinformation, for a time at least, and the rest of us will just have to fight it without mercy or quarter wherever it sprouts.

Here’s the root problem. White Evangelicals number in the tens of millions. They are politically organized top to bottom and have spent 40 years perfecting their control of Republican party structures in many States. They of course enjoy full First Amendment protection, as do their pastors and their televangelists who preach sedition — or Trump worship — and sometimes racism and/or homophobia — not to mention opposition to women having the right to control their own bodies — to millions of followers every Sunday. These zealots are entitled to their religious devotions, but not to political imposition, and because it is difficult for Courts to draw any line between protected religious expressions and Constitutionally impermissible political demands, these devotions are hard to check —but easy for ambitious politicians to become mouthpieces for. Religion also is a realm of belief, not of fact; indeed, redeed, evangelical religion embraces faith for faith’s sake, which it avers triumphs over facts. What else are miracles if not triumphs of faith over fact ?

Plus, religious zealotry has a long political history in America’s voting customs. The South and Plains States have been roiled by religion-based politics since the 1890s at least. I see no end to this long habit : yet it can overreach and sometimes does, at which point the rest of us fight back and win.

This 2020 election has seen such a fight-back victory, yet unlike at any time since the 1890s, the zealotry faction has had allies ready to overturn democracy itself; and it has what it had never had before — a media network eager to abet its plans (and to profit from them). We have escaped their schemes this time, thanks to the Courts, which rule by facts, not devotions, and to local Republican election officials, who owe their offices to State power, not Federal.

Our Constitution stands upon State power. The central government — and its Presidency — are ITS creature, not the other way around. The Tenth Amendment confirms it. Our elections are run entirely by the States; Congress has no role. Though voting rights are guaranteed by the 14th and 15th Amendments to the Constitution, the actual administration of elections — indeed, the decision to have elections at all — are matters of State law. We may cavil at the Electoral College and at “States’ rights” in this context, yet can there be any more convincing proof of their essentiality to ordered liberty ?

The Framers were incredibly wise.