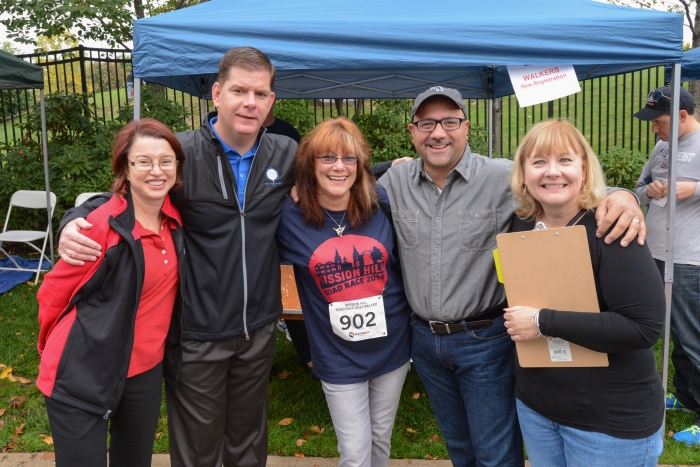 ^ The mayor and Jeffrey Sanchez : what happened here ?

The big media have remarked that Tuesday’s primary election was a bad day for Mayor Walsh’s political standing. Whether that continues true for ominously long, we’ll see. What I can say, however, is that he seriously mishandled his options.

If your mouth has gone agape at seeing Dan Koh number two on the list, you’re with me. I was stunned to see it and even more stunned to discover that, with four Boston-based candidates in some electoral trouble, he chose to prioritize a person running for an office 30 to 70 miles from Boston. Dan Koh seems to have lost the primary for the office he sought : Congress from District 3. Yet even had he won, what good could that have done Walsh  The 3rd District contains none of Boston nor even any of Boston’s suburbs. Politically, from a Boston standpoint, it might as well be in Wyoming.

Dan Koh was Walsh’s first chief of staff, starting in 2014 soon after Walsh took office. Walsh favored Koh immensely, siding with him in territorial disputes with persons who had worked day and night for Walsh’s election. I am not privy to most of the relationship, yet it was clear, when Koh left to run for Congress, and Walsh helped him raise much of his $ 3,000,000, that Walsh has hitched his political standing to a young man whom he hired from outside his own substantial ranks of solid loyalists.

I do not ask why. That’s not the point of this article. What I want to focus on is why, for goodness sake, wasn’t Jeffrey Sanchez a top priority for the Mayor ? Sanchez lost his difficult re-election fight by about 300 votes. Could not a couple of dozen Walsh operatives have found those 300 votes and delivered them to the polls ? Yet it appears that Walsh operatives based in Sanchez’s district were sent to help Dan Koh on the vital weekend just prior to the primary.

Would it not have been mightily to Walsh’s benefit to have the Chairman of House Ways and Means owing re-election to him ? The most powerful Latino elected politician in the entire state ? Walsh now faces a major challenge in 2021 from communities of color enormously empowered and aroused by Tuesday’s wins. Would it not have helped him to have the House Chairman of ways and Means solidly his ally ?

Maybe there is a different answer. I’ll come back to it.

Meanwhile, by what standard was it wise for Walsh to divide his political army into five pieces ? Mike Capuano, I can see helping. He had endorsed Walsh in 2013, and his endorsement mattered. A Mayor needs a close friend in Congress. His help for Capuano made sense. But why Greg Henning ? I like Henning. I supported him. But why did he need any help from Walsh other than a nod ? As for Dan Cullinane, as a former Walsh aide he surely merited some assistance from the Mayor. He actually needed all the help he could get, winning by about 180 votes. But would not Sanchez victory have mattered so much more to Walsh’s future than a win by Cullinane, whom Walsh can always bring back into his administration ?

Even a political army as large as Walsh’s — and his is most impressively large — can’;t fight five battles at the same time. You want to concentrate your forces.l In my opinion, Sanchez and Capuano should have been Walsh’s ONLY election priorities, for his political sake and his agenda’s. As it turned out, four of the five who he assisted lost. Which brings me to wrap up my thinking about Walsh and Sanchez, to whose campaign he gave little more than token assistance :

Can it be that Walsh saw Sanchez more as rival than ally ? Might he have seen Sanchez, as House ways and Means chairman, as a serious challenger — maybe his MOST serious — in 2021 ? For it is a fact, now, that Sanchez is no longer any rival at all, and that those who are possible rivals have nothing like the clout that Sanchez had. Linda Forry is an ally, not a rival. Ayanna has now left the scene to go to Congress. Who of the remaining players can assemble the money, and the community power that Jeffrey Sanchez had ?

Here is yet another way in which Speaker DeLeo’s naming Sanchez House ways and Means chairman put a target on his back.