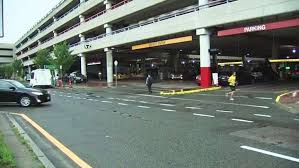 Recent news has clarified that the MBTA’s repair situation remains in flux. First came collapse in the Alewife T station garage; today the Boston Globe reports that more of the T’s stations than not are in serious disrepair. Add that during the past month, track and signalling repairs have shut down the Orange Line, on weekends, between Ruggles Station and Forest Hills. Nor can we forget the power outage that put the Maverick Station to Government Center section of the Blue Line out of commission for two hours on the night that Harbor Fireworks caused a ridership surge during that very time frame.

What does all of this mean ? I think most of us felt that when Governor Baker took office in 2015 and immediately made full-scale MBTA reform a top priority, that somehow the entire T would be humming sweetly by now, three years later. I also think that most of us had expectations out of sync with the MBTA’s facts. Let’s look at these :

( 1 ) early on, Baker’s MBTA team determined that at least $ 8 billion would b e needed to bring the system’s tracks, signalling, power , and cars up to a “state of good repair. This level of money was not going to be available all at once, the legislature and baker having decided that no new taxes could be asked until the MBTA out its existing financial house in order.

( 2 ) The T has done that part. New contracts with the Carmen, a Fiscal Oversight Board to see that spending is efficient, and new management of the T workers’ pension funds have entirely re-written how the MBTA deploys its finances.

( 3 ) Transportation Secretary Stephanie Pollock, a commuter advocate prior to joining the Baker administration, determined that the first repair priority would be tracks, signalling, and cars. Every rider understands, or should, that actual transportation must come first, before station and garage upgrades.

( 4 ) Meanwhile, Pollock ordered a comprehensive assessment of the T’s stations and garages. The report has come back : more than half rate below average or worse for state of repair.

( 6 ) The Green Line extension is under way, all the way to West Medford, including a brand new Lechmere Station to replace the present one more than 50 years old. The Silver Line has added a bus route from Chelsea through East Boston direct to South Station and the Red Line.

( 9 ) the entire system has been digitalized. Every bus has a GPS location that tells a rider when it will arrive at her stop; every T station has arrival information on a digital board.

Garages and stations will now see repair and modernization. I would also like to see major stations become weather-proof, as none are right now. The money has been allocated, and a Transportation Bond b ill,. passed by the legislature in this session, should fund much of heavy lifting for what remains to be done with tracks, power, signalling, and cars.

That said, it’s not going to be a brand  new, state of the art Transit system any time soon. Governor Baker has a target year if 2023. It might take more years than that, even. Yet when complete, the present objective of restructuring every aspect of the T seems well worth the public’s patience.

I almost forgot to talk about traffic : auto and truck traffic. What are we going to do about that ? The business boom and population increase within downtown Boston has made traffic almost self-defeating. Gridlock affects everyone who uses a car, Uber or one’s own. Can we assemble a regional master plan ? I hope we can.