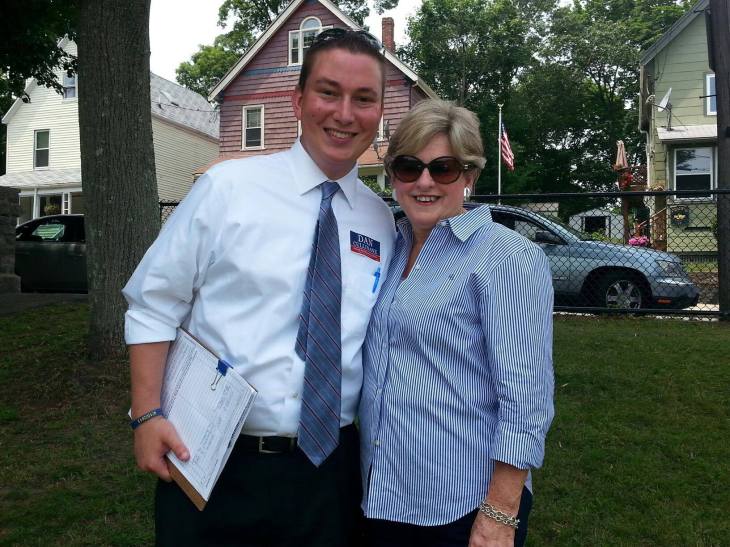 September’s Democratic Primary hasn’t a whole lot on offer for Suffolk County voters. The County includes Winthrop, Revere, Chelsea, and Boston. Since Boston is a bee swarm of politicals, you’d expect a whole lot of hiving afoot; but you would be wrong. The State is electing no Senator, and the statewide offices, from Governor to Auditor, aren’t before the voters until 2018. We ARE choosing Congress-people, but Mike Capuano and Katherine Clark, who represent about half the County, have no challenger. The same is true for Suffolk County’s six State Senators. Joe Boncore, Bill Brownsberger, Sal DiDomenico, Linda Dorcena Forry, Sonia Chang Diaz, and Mike Rush move to November unscathed.

Which does not mean that Suffolk County voters can take the day off. There ARE two major County-office races : For Sheriff, between incumbent Steve Tompkins and challenger Alex Rhalimi (disclosure : I am Rhalimi’s consultant); for Register of Deeds, a multi-candidate contest featuring former City Councillor Steve Murphy; Dorchester activist Paul Nutting (disclosure : I am Nutting’s consultant); Jamaica Plain lawyer Katherine Forde; Dorchester attorney Stephanie Everett; Jeffrey Ross, who ran for City Council in 2013; and at least one independent, John Keith, who lives in the Seaport District. All of these “Deeds” hopefuls have one or another measure of credibility.

There’s also a Congress race, but not in September. On November’s ballot, the 8th District’s Stephen Lynch faces Republican Bill Burke, an oilman from Quincy.

In addition to the many September candidacies I have already listed, there’s a three-way race for Governor’s Councillor, for those who care about an office that few voters can identify. (The eight Governor’s Councillors vote on confirmation of nominations for judge and other judicial posts as well as approval of state contracts.) This contest pits incumbent Terry Kennedy against two North End activists, Stephen Borelli, a retired Brighton District Court clerk, and Anthony DiMeo, whose name I had not heard before this race. The District includes five State Senate Districts: beginning with my own, the First Suffolk and Middlesex, and extending east past Lynn and North to Haverhill.

Of the four contested State Representative contests, one concerns an open seat: the 7th Suffolk’s Gloria Fox is retiring after 34 years of service. Three women are running : Mary-dith Tuitt, an aide to Fox (Tuitt also sought a State Representative seat, in 2013, in another District); Chyna Tyler, who was an aide to Senator Chang Diaz; and Monica Cannon, an activist backed by Roxbury’s Councillor, Tito Jackson. In the 2014 election, Fox faced two worthy challengers; 2260 voters cast ballots. I would guess that number will increase, but by how much ? Certainly not by the amount one hopes for. The 7th is perhaps Massachusetts’s most unrepresentative House District. At least a third — maybe more — of its adult residents are students who hardly ever vote in local elections: but they count in the population base for one man, one vote District inclusion. As a result, given a 15 percent turn out even in the District’s heartland, the House member for the 7th will almost certainly be elected by a tiny minority of those she is charged with representing.

The other multi-candidate Suffolk County House seats don’t really have a contest. Incumbent Liz Malia of the 11th Suffolk faces Charles Clemons, who ran for Mayor in 2013 and City Council in 2015; Clemons is personable (disclosure : we are friends), but it’s difficult to see him mounting any sort of challenge to the diligent Malia, one of Boston’s best-connected elected officials. The 5th District, Dorchester-based, features three candidates: incumbent Evandro Carvalho faces a newcomer, Melinda Stewart, whom I have never met; the winner faces perennial candidate Althea Garrison, who many years ago did represent the District. Angelo Scaccia, of Hyde Park, faces an equally new challenger, Anthony Solimine of West Roxbury. Lastly, incumbent Dan Cullinane of the 13th Suffolk District, faces two challengers, Carlotta Williams and Jovan Lacet. Cullinane is one of the State’s most authoritative, hard working House members; but his District s overwhelmingly majority people of color, and his Haitian constituents — some of them — seem anxious to elect a Haitian.

Which brings me to the two County contests, Sheriff and Register of Deeds.

As I am consulting to a candidate in each race, I am in no way an objective reporter of these races. I will say that the Steve Tompkins and Alex Rhalimi Sheriff race involves two very different men, one African American, the other a Moroccan immigrant. Tompkins made his mark in sales and public relations, before being appointed Sheriff, and is a master communicator with a bold vision of what a Sheriff can be; Rhalimi, who holds a Master’s Degree in Criminal Justice, started and operated — for 17 years — his own business and has an executive’s attention to detail and tireless drive. This is a race the voters are probably enjoying, as they should.

As for the Deeds battle, it must confuse voters who scarcely think of this position as an elected one. Why should a voter choose Nutting, or Everett, or Ross, or Forde, or even Murphy, for that matter ? As a nine-term former Boston Councillor, Murphy has all the name recognition a candidate could want; but it is unclear why he, a policy maker, should occupy a position purely ministerial office like Deeds. I find the other candidates (including, of course, my client Paul Nutting) much more fitted to this office, and I think it likely that the voters will  come to that same conclusion as the September 8th, Thursday primary day approaches.