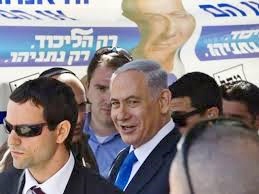 We’ve taken a few days before opining on Israel’s election because we did not want to write while passions remained high. however, enough time has now elapsed for us to say it : this was a fateful election for a nation that has scant room for tempting fates.

By re-electing Benjamin Netanyahu as Prime minister, given the campaign that he mounted, a plurality — not a majority — of Israeli voters has chosen tribalism as its mission. To the Netanyahu plurality — about 24 percent of the vote — he will now add sufficient Knesset seats to give himself a government based almost entirely on the primciple that non-Jews are to be treated as enemies, as a matter of governing policy. This is a tragic development.

That Netanyahu now rejects a two-state solution for Israel and its West Bank neighbors is sad ennough. Yet given the reality on the ground, a two-state solution already seemed out of reach. Recognizing that fact should never mean that the Homeland’s non-Jews must be cast out, or subject forever to occupation. There lies disaster.

Netanyahu did not stop there. He also demonized Israel’s own Arab citizens, who total about 20 percent of the nation and whose political party, the Joint List, is now the Knesset’s third largest.

I see little difference between how Netanyahu now addresses his nation’s Arab citizens and how Turkey’s Prime Minister Erdogan treats that country’s Kurds. Both men see their minority peoples as enemies of the state. This is Middle Eastern tribalism at its zero-sum ugliest.

It is that tribalism which I find so repugnant in the Netanyahu message. Israel began life as a European democracy, secular and inclusive, Jewish but with rights for all. This was the vision that gave israel great legitimacy even as the Shoah gave Israel its moral imperative. For a long time now, however, Israel has been moving away from that vision. Constant wars and violence directed against it, by the vast enemies that encircle it, have worn down Israeli citizens’ confidence and optimism. Today eough Jews live embattled in fear to have moved from embracing freedoms to circling the wagons. It’s a password mentality, a fortress life.

But as Napoleon so sagely noted, “it is an axiom of the art of war that the side that stays within its fortiications is beaten.” Israel may wield the high card in the game of weaponry that holds the Middle East in thrall, but it also once held the high card in the moral struggle that engages the whole world. No more is that so.

Israel needs to ensure full rights and paticipation to its own Arab citizens, embrace their aspirations and prospects, and demonstrate to the Palestinians who border it that they have a future as part of, or allied with, an inclusive Israel. It can be done. Few Palestinains other than their often cowardly or corrupt leadership want to live in strife. Almost no Arab citizen of israel wants strife either.

Embracing its Arab citizens fully, all in, would defend Israel more effectively than sixteen decades of tribal exclusion can ever do.

Granted, that in today’s Middle East the only practical alternative to tribal exclusion is brutal dictatorship. Saddam Hussein lorded equally over Turkmen, Kurds, Assyriuans, Mandeans, Shiites and Sunni Arabs. The military ruler of Egypt today has extended protection to his country’s ten million Coptic Christians — effective because of his iron rule. Israel is not that kind of tyranny, nor is it likely ever to be one. Thus the descent into tribalism.

This tribalism can work only so long as Israel can crush its enemies in war — and war there certainly will be, again and again. Another way of saying the same thing is that Israel tribalism can work only as long as the people being excluded remain powerless. In the Middle east, that too is all too common a way of life : the strong lord it, the weak get crushed.

Netanyahu’s tribal nation will probably be able to lord it for quite a while. It is nonetheless the way of disaster, because Israel is too small, and too outnumbered, to survive every one of its enemies forever. The rivalries ongoing between its many enemies certainly gives Israel much space and time; but friends also matter, and who are israel’s friends in the region other than the brave — and currently much more inclusive — Kurds ?

Netanyahu’s tribe — i hate to call israel’s Jews that — can also rely on strong ties with neighboring Jordan and the tacit support of authoritarian Egypt. As long as these two nations (and even more powerful Saudi Arabia) are, along with the Kurds, threatened by the same brutal forces — ISIS and Iranian proxies — israel can prosper by the principle of “the enemy of my enemy is my friend.” Yet all of this is a wartime calculation, made by a man who has committed his nation to a pemanent war footing, with all of its fear, suspicion, exclusion, and bitter endings.