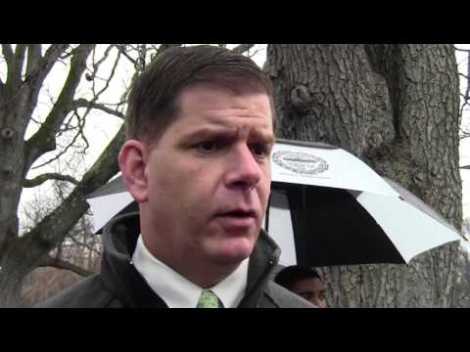 ^ beginning to be the mayor for real : Marty Walsh

April 12th was an auspicious time for the Boston Firemen’s Union and Mayor walsh to announce that they had reached agreement on a new contract. Barely a week earlier, two of Boston’s justly beloved firefighters were kkilled in the basement of a horrifically burning Back Bay building.

We all watched the news of those deaths, Lieutenant Ed Walsh and fireman Mike Kennedy, with sadness — but in gratitude, also, for the heroism of the men who were just doing their job, as heroes like to say. It would only human nature for us to be in a most generous mood toward the members of Boston’s Loacl 718.

Then came the announcement that a contract had been agreed upon. No arbitration, no conflict, no drama, just as Mayor walsh had said that he could do.

However — no terms were announced. I have many friends on the Boston fire fotce, but I’m not about to ask them to leask me those terms. Yet i wish that I could know them. What exactly did Mayor Walsh achieve ? Inquiring minds do want to know. So let this particular inquiring mind work out what I hope is an educated guess :

One clue may rest in the agreement recently made withy the Boston Police Superior Officers Union. It calls for raises that, according to the Boston Globe, will cost the City $ 34 million over a six-year period. The Superior Officers and Detectives Union has 360 members. Local 718 Firemen has many more than that. The Union’s 2010 contract, finalized only after arbitration, ciost the City $ 87 million.

Mayor walsh and Local 718 share a common political interest in reaching agreement, as they have, without oiutraging the City;s budget. The Union doesn’t want to be seen as rolling walsh over, for taht would lead to his being defeated for re-election, and the Union does not want to see an enemy in City hall. So the question is : how big a contract win can the new agreement be and not outrage the City ?

$ 87 million was very controversial in 2010. But the City;s economy was still in recession then. today the City is doing very well.

The City’s patrolmen’s Union won $ 87 million as well; and that award was received even more angrily than the 2010 Firemen’s contract despite a better City economy.

My guess therefore is that the agreement with local 718 will cost less than $ 87 millilon; perhaps significantly so. If i am right, Mayor Walsh will have taken a significant first step toward re-election in 2017.

Not to mention acquiring some wiggle room to be bold on the City’s most difficult issues ; schools reform, public safety, and pathways out of poverty in which far too many Bostonians find themselves stuck.