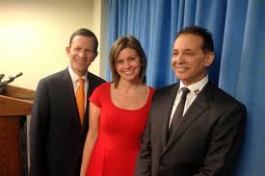 ^ the center can be a lonely place : Steve Grossman with officials of SEIU Local 888

Every report that I hear, or read, says that the Democratic party is having a hard time settling on a Governor nominee — and not just because it has five contenders. Massachusetts’s Democratic party has long been a roil of rival interests; but the current division doesn’t folow traditional splits. Ethnicity used to be the Democtrats’ curse. Today, the division arises from policy first, personality next. What are the differences between juliette kayyem, Don Berwick, and Steve Grossman ? Policy plans, policy advocacy. Steve Grossman talks of hobs and businesses, almost like Charlie Baker. Juliette Kayyem hints at a progressive agenda — a coy version of Senator Warren — without sounding like a purist. Don Berwick has no such reluctance. He’s pure Left, a Massachusetts Bernie Sanders (and even looks like Sanders).

Policy also determines the evident failure of Attorney General Martha Coakley, who dominates the polls, to sweep up caucus goers. They fault her for a host of sins : losing badly to Scott Brown, prosecuting office holders too aggressively, even the 1980s Fells Acres Case, an injustice which she had the opportunity to resolve — but did not.

Only Joe Avellone, who trails badly, seems to garner Democratic delegates for old-line, factional reasons — the Worcester area’s unhappiness with being left behind by the current Democratic governor.

Grossman would seem the ideal Democratic nominee : steadfast, sure of his positions, a business-friendly centrist who also supports minimum wage reform and an overhaul of the scandal-damaged DCF. Grossman has a long record both as businessman, Democratic activist, and state Treasurer. He is “safe,’ a Charlie Baker without the baggage that impedes the Republican brand. And Grossman will probably win the largest share of delegates at the Democratic convention.

I say “probably,” because a large number of delegates rest uncommitted — waiting to be inspired, waiting for a voice they can believe in. These folks want to win; but they also want to know why a win matters. That won’t be an easy question for these five to answer. The purists — who have much momentum on their side, with Elizabeth Warren as an icon — want to elect a statement maker. But what good is a statement maker, when the person who runs the state, Speaker DeLeo, can render the statement maker foolish ? Kayyem people want a human think tank, and Kayyem is that, hip to today, with charm and chic to boot. She’d be our State’s first elected female governor, a strong point for almost everybody in Massachusetts, and lives in the actual modern world, the social media world with all of its language and connectivity.

^ chic and hip and most appealing to just enough caucus goers : Juliette kayyem

She’d have the Left move to herself but for two problems : Berwick is more advanced — he favors a single payer health care system — and Kayyem has that unfortunate connection, well documented, though several years back, to Bush-era “enhanced interrogation” justifications.

Kayyem is drawing huge support via social media; if she makes it onto the Primary ballot, she could easily win the nomination were it not for her torture link. Thus the Berwick surge : he has no such emabrrassments in his resume. But Berwick is quite avuncular. Hip and chic, he isn’t. Which leaves the action — if not the momentum in the party — to Steve Grossman. And Grossman has his won problem : because Charlie Baker has moved smartly to claim the mantle of accom plishment that is Grossman’s core rationale. Baker, with his support for minimumw age lehsiualtion and expansion of the earned income tax credit, and can campaign as the current voice of Massachusetts’s best-working government ; moderate GOP governor, moderate Democtratic Speaker. Grossman cannot do this. And many Democrats who would otherwise be Grossman supporters — pragmatic centrists — see Baker’s point and actually prefer it, for many reasons besides policy effectiveness.

Which brings the Democrats back to the Left. It’s the only Democratic faction that Baker’s move does not command. Yet the Left doesn’t seem to mind. The polichy Left has eyed the 2016 presidential election most of all, at least since last year’s Boston Mayor race. It funded and elected Mayor Walsh, and the split continues, because the Left intensely opposes centrist education policy, Obama’s immigration policies, its inaction on Labor issues, the drone war, and (in fact if not yet voiced) the muddled ACA. The policy Left wants Elizabeth Warren, or someone like her, not Hillary Clinton, as its nominee. It wants its policy written into the platform. These are its priorities, well ahead of electing a Democratic Governor.

We have already had an inspiring Governor, and look now at where he is : at the mercy of the Speaker for whatever legislation he seeks, administering state agencies which seem to have come apart at the seams, and clinging narrowly to sufficient tax revenue to fund needed transportation improvements : funding which will decrease even more if the “Tank the Tax” referendum gets a Yes vote in November (and it well might, given the large following it’s amassing in Boston’s outer, long-commute suburbs and central Massachusetts).

Steve Grossman’s very lack of inspiring speech capability makes him a stronger candidate for election. Those who support him see the point. But the rest of the Democratic activists want something else. and they intend to have it. Election of a Governor seems almost beside their point.

the cards are aligning toward a Governor Baker 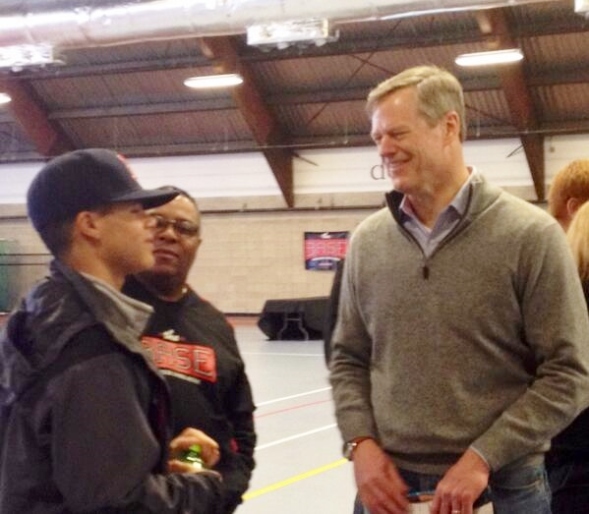