^ “impaired judgment” ? the 5th Suffolk’s Carlos Henriquez addressing the Massachusetts house during debate on expelling him

Not very often do you see a Legislature vote to expel a member. It hasn’t happened in Massachusetts since the late 1970s, when State Senator Joseph DiCarlo was booted for taking bribes. I well remember that day. DiCarlo was a boisterous, dominant presence, the Senate’s majority leader. His crime was a felony, a high crime by any legislature’s definition. Expelling him was a big deal, a giant of politics crashing and burning.

In contrast, yesterdays 146 to 5 vote — to accept the House Ethics Committee’s unanimous resolution to expel the 5th Suffolk District’s Carlos Henriquez — seemed like small potatoes. Yes, his conviction on two misdemeanor counts of assault and battery on a woman was serious. He should have resigned. Had he any concern for the well-being of his 40,000 constituents, many of them needing a full-time legislative voice, he WOULD have resigned. Of this affair he has made many statements. He is innocent, he says — again and again. Not once has he grasped that that isn’t the point ; that the point is his 40,000 constituents. Not once, in his “I am innocent” statement on the floor of the house yesterday did he address a bigger picture. Indeed, he had the temerity to say that domestic violence is a serious crime and cannot be tolerated !

Having delivered this message, he then walked out of the House, an insult to every member and, I suppose, intended as such.

Debate on the Ethics Resolution — H. 3894 — lasted more than an hour. Speaker DeLeo, on whose complaint the Ethics Committee was acting — seemed ready to let his members speak as long as they liked. Several did. Most supported the committee recommendation, some sadly, a few angrily. Over the top was Malden’s Chris Fallon, who shouted his disapproval of domestic violence, very much the candidate — as he is — seeking a state Senate seat, the one vacated by newly elected Congresswowman Katherine Clark.

^ cogently arguing for censure, not expulsion : Russell Holmes of the 6th Suffolk District

Representative Russell Holmes, of the 6th Suffolk District bordering Henriquez’s 5th, offered an amendment to the Ethics Committee’s resolution. He asked that the House censure Henriquez, not expel him. Holmes’s amendment made two strong points : that with parole, Henriquez will be out of jail by mid April, well before a special election to replace him occurs; and that his crime did not explicitly violate the House Rules and thus could not warrant expulsion. 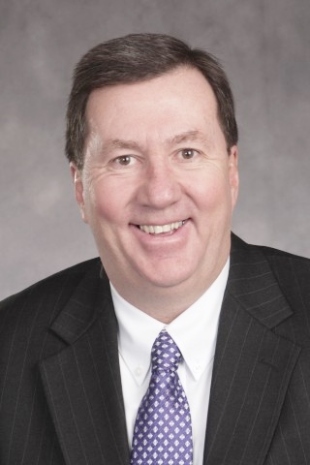 ^ “this is a sad day for us all, i don;t enjoy this task at all” : Ethics Committee Acting  Chairman David Nangle of Lowell

The Ethics Committee’s finding, that Henriquez had violated Rule 16A, which addresses a member’s impaired judgment, did seem strained. Arguing the point, Reps. Garrett Bradley and David Nangle (acting Ethics Chairman) asserted that, being convicted of a crime of domestic violence, Henriquez’s ability to judge domestic violence legislation was impaired. Really ? if anything, his judgment on such legislation has probably become more acute. As for Henriquez being free of jail by mid-April, Bradley and Nangle argued that that was not the point; that Henriquez is quite free to seek re-election to his seat and to be allowed to take his seat if elected.

They’re right on this. It has happened in other legislatures, including Congress.

Yet even if the Ethics Committee’s Rule 16A argument stretched things, there was a general sense in the House that Henriquez no longer had any credibility to address domestic violence matters and that, by his continued insistence on innocence and not resigning, Henriquez had impaired his own judgment on the matter. Representative Ted Speliotis of Danvers voiced the feelings of many when he noted that, by walking out before the end of debate, Henriquez had insulted the “institution.”

No one, not even Russell Holmes, argued with the Ethics Committee’s finding that domestic violence is a serious matter and cannot be taken lightly by the House. Accepting this argument, the House now deems expulsion no longer limited to felonies; that a misdemeanor conviction of domestic violence is full grounds for expelling a member. As Representative Bradley said, “we’ve never faced this situation before, this is a case of first impression.”

But to return to Russell Holmes’s amendment : it was defeated with only 10 members voting “Yes.” Among the Yeas were Representatives Gloria Fox, Byron Rushing, Carl Sciortino, Denise Provost, Holmes himself, Benjamin Swan, John Rogers, and Angelo Scaccia.

Holmes himself said that Henriquez should have resigned. Little wonder that the actual expulsion vote was even more one sided. Voting not to expel were only Carl Sciortino, Denise Provost, Gloria Fox, Benjamin Swan and, after some hesitation, Holmes too.

A special election for the 5th Suffolk District has been called.

One thought on “MISDEMEANORS TO THE FORE : THE HOUSE EXPELS CARLOS HENRIQUEZ”