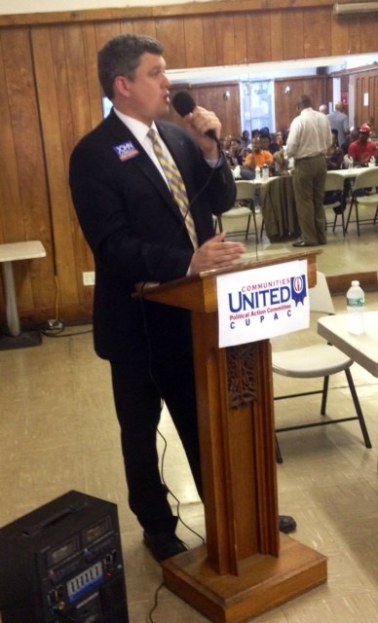 Six months ago, when we launched Here and Sphere, we posted our mission statement : to be a voice for progressive, inclusive, visionary politics everywhere that our online journal could reach.

Little did we know that Tom Menino, Mayor of Boston, would soon announce his retirement, opening up one of the most powerful offices in all of urban America to new leadership and handing Here and Sphere a major story to cover, one that would command our mission for the rest of the year.

Twelve candidates qualified for the ballot. In more than a dozen Forums they answered questions and spoke their agendas. We reported on many of these Forums. At least seven of the candidates would have made a fine Mayor. It was a campaign of ideas, most of them progressive, many of them truly visionary. Since the beginning of August we brought this story to you. Hopefully you found value in our reportage, insight in our opinions.

The two candidates who won the September 24th Primary excelled at almost every Forum. It was no mistake of the voters to choose Dorchester State Representative Marty Walsh and City Councillor (at-Large) John Connolly of West Roxbury. Yes, many voters wanted to see a candidate of color in the Final; we understand why. So do John Connolly and Marty Walsh. Both have reached out to Boston’s communities of color, listened to the frustration, addressed the questions, even the hostile ones. We congratulate them both.

But now it is time to choose not two but one. Proudly we choose John Connolly to be Boston’s next mayor. He has our full endorsement, and here is why :

1.Reforming all of Boston’s schools is indeed the major issue facing Boston. John Connolly made it his issue and has put forth this campaign’s most comprehensive and well-detailed agenda for school reform. And how not ? He was a teacher himself and is a Boston public school parent. Name your school issue : the longer school day; giving principals flexibility in choosing teachers; charter schools as an alternative; family involvement in school plans; school assignment reform : Connolly addresses them all in depth and with conviction.

Connolly and the Boston Teachers Union (BTU) differ widely on what reforms to pursue; still, he and the BTU can agree. They both want education to be the next Mayor’s top priority. Of late, Connolly has been proposing reforms, in some areas, that comport closely with the BTU’s recommendations. The disagreement is not so much Connolly and the BTU as it is the BTU versus public school parents. We look forward to seeing Connolly moderate exciting meetings between Boston’s school parents and education professionals.

2.Segregation in Boston’s social life remains a huge problem, and John Connolly seems to understand the emotional and psychological dimensions of this segregation — and is prepared to confront it — quite better than his opponent. The battle for civil rights is not won when laws are enacted, important though these are (and Marty Walsh was a hero of the fight to enact them). As Connolly noted at a recent Forum in Boston’s Black community, Boston restaurants and night life remain deplorably segregated, with consequences economic as well as social; because, as Connolly noted, young people of color and talent see Boston nightlife segregation and say “no thank you” — and go elsewhere to live. This must change.

3.Relations between the City’s Unions and the rest of Boston taxpayers can never be kumbaya; but John Connolly is in a much more independent position, when the fire-fighters or police come demanding, than Marty Walsh. The Unions that have endorsed Walsh love him; they campaign for him wherever and whenever he needs them. It says a lot about Walsh’s strength of heart (and we have seen it at times too). Yet Walsh’s greatest strength has proven his greatest weakness. Questions were already being asked — and answered vaguely — how he could stand up to Union contract demands, much less reform the Police and Fire leadership, given his almost total dependence on Union support, when all of a sudden Connolly brought up a bill that Walsh filed as a State Representative : House Bill 2467 would take away from City Councils (not just Boston’s) the power to review arbitration awards and, if need be, disapprove. Under Walsh’s bill the arbitrator’s decision would be final.

This is bad law. No un-elected official should have final say over municipal finances. Walsh says that if it came to that, he would always put the residents first. He surely means it. But it’s the Unions’ call, not his. With House 2467 at their hand, their call would be final. We like Walsh’s labor supporters. Many are our friends. But being Mayor is a matter of duty first, friendship later.

Lastly, the vision thing. Boston’s next Mayor will lead the city into the future for four years, maybe eight. John Connolly has vision at his fingertips. He sees a different city, one that is being created even as we write, shaping a very different, more tolerant, prosperous, and structurally diverse city. It will take a mayor of vision to guide the shaping so that the new city is what we want it to be rather than a matter of chance. Marty Walsh has great plans in some cases; selling City Hall and developing City Hall Plaza as a commercial zone is perhaps his most brilliant. But Walsh has yet to articulate a grand vision of what he wants Boston to be six, twelve, 20 years from now. His matter of fact-ness meets current city needs nicely. But what then ?

No such question need be asked of John Connolly. He sees a city of bicycle people — and of car people; a technology center; a city of integrated social life; of education that helps to repair social unwellness rather than being a recipient of it. He sees the new Boston. He gets it. We endorse him to take our city to it.