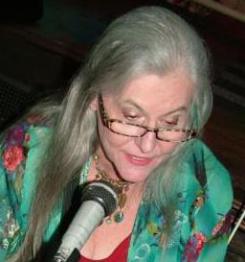 By now it should seem obvious to everyone that the Tea Party wants to dismantle the American government. The fact that the Republican Party is allowing them to follow this agenda shows how little foresight the GOP had when it allowed itself to get hijacked by a group of anti-American radicals who gained power by playing to the basest, most dissatisfied and least educated portion of the population.

Once the Tea Party gained credibility by being anointed by the Republicans, they were able to pour out propaganda that appealed to a wider audience of Americans who were not as radical but were also dissatisfied not only with how the government was being run but by how the Great Recession had affected them.

The Tea Party’s objective in Congress is not to govern but to obstruct . They see government as the enemy. They are not Republicans; they are simply using the Republican Party as a vehicle in which to drive the government over a cliff.

The American government is set up as a system of checks and balances, not as a dictatorship. The Tea Party wants to dictate how the country will be run. They have no use for compromise, but they use the term to indicate that others must give in to them while they stand firm in their own beliefs. There is no room in their agenda for listening to people who are not in lockstep with them.

The Republican Party is not only allowing this but actively supporting the TPs in this path to destruction.

They want an “America” that reflects their beliefs, their religious ideology and their racial superiority. This is not what the Republican Party is all about. But, if the GOP continues to allow this drastic group to push them towards the abyss, to force their ideology on all Americans, to abolish all government programs that they don’t like, the Republican Party will cease to exist. The Tea Party will emerge as one of the parties in America’s two-party system. Then they can try to do what they really want to do: fundamentally change what is America.

What they don’t seem to realize yet is that America will not let them do it.