The polls for Boston’s big Mayor Primary open in about twenty hours.

So who will vote tomorrow ? Most likely, those who have voted in the past City elections. Voting patterns change remarkably slowly. Universal suffrage really IS the conservative political factor that its first advocates, back in the 1870s — Otto von Bismarck of Germany and the UK’s Benjamin Disraeli — expected it would be.

Yet Boston has changed significantly since the last open Mayor election in 1993. “New Boston” has expanded beyond all expectation back then, bringing in thousands of young technology-oriented people — and those who operate or staff businesses catering to them. Wards 3, 4, 5, and 9 look nothing like what they did 20 years ago. Even Ward 11 looks different, and Wards 2 and 6 are changing quickly, albeit only recently.

Still, a citizen’s likelihood of registering to vote, and actually voting, in a Mayor election varies almost directly with two factors : ( 1 ) length of permannent residence in the City and ( 2 ) a feeling of connectedness to City government. In most elections, the income level of a person is also a factor. Not so in Boston City elections. Lower income people in “connected” neighborhoods are quite more likely to vote in a Mayor race than even high-income people in less “connected” neighborhoods.

The City’s most “connected” neighborhoods are Charlestown, South Boston, Ward 16 of Dorchester, and West Roxbury/Roslindale. Together, their population totals about 120,000 — one sixth of the whole City. Now look at some facts :

3.In that same election, the “connected” neighborhoods that total one-sixth of the City’s people provided FORTY percent of the total votes cast.

3.In the last Mayor election PRIMARY, in 2009, an electorate not much different from tomorrow’s voted thus : 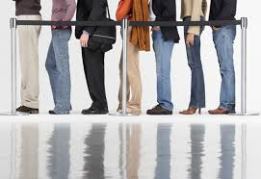 Turnout in this Mayor Primary will surely go much higher than 2009’s 81,766. Three Council Districts (4th, 5th, and 8th) have District Council race primaries too. My prediction is that 119,000 voters will cast ballots. Want to see how I get my numbers ? Here they are (and percent of total) :

So yes :  “new Boston” will up its grammar. To maybe 45 % of the total. But not anywhere near enough to render “traditional” Boston a past participle.

Wednesday morning we will know if this is the IT or just a will o’ the wisp.