At first blush there seems not much linkage between last night’s casino approval vote in Revere and the Republican state committee’s vote making opposition to marriage equality an official stand in the party platform. But look again. in Revere, religion interests led the opposition to approval of the Mohegan Sun/Suffolk Downs casino plan. At the GOP state committee, it was religion interests that forced the vote to discriminate against gay people.

What is it about religion — those who profess it — that makes it and them try to tell other people how to live their lives ? Tell you what : you profess a religion, fine; go live it; and leave my life alone.

There was a time — about a century and a half of time — when religion led the fight for civil rights, personal liberty, and the dignity of all people of whatever lifestyle. From about 1795, when the anti-slavery movement was first advanced by religion, in England (it had for some time been advanced by secular leaders) until the 1970s, when the Civil Rights movement crested in America, pastors, ministers, priests, rabbis, and manhy of their congregations took the cause of rights for all — of whatever religion, or of none –as their chiefest calling. Today we like to think of that era in the history of reliigion in action as the norm. The opposite is true. Mostly in the history of the West, and oftener in that of the Middle east, religion has caused the torture of millions and the deaths of millions, often cruelly. On balance religion has been a personal and communal disaster for those societies afflicted by it.

Such a time seems returning now, and not only in America. The will to demand of people that they be governed by other people’s religion has all but captured — and killed — the GOP in America; it has place in Europe (though there the bigotries of today seem mostly godless, fascist, mere racism), and, as we see all too much, completely dominates societies in the Middle East, Iran, Pakistan, India. As for places like North Korea — fortunately they are rare — what we seem to see is not religion politics but politics as a religion. It ain’t pretty.

I am no prophet of doom. I do not see America returning to the days of religious oppression. Most of us still call the secular, skeptical Constitution home, divided government the norm, separation of religion from state a must. Indeed, most religion groups in today’s America feel the same. They understand that for a religion to try to impose its commands on states’ laws simply makes religion a political enemy. Still, in some states, as we see, the practitioners of religion politics have managed to get their stonings enacted into law. (the current eruption in Arizona is only one of dozens of such initiatives.) My guess is that none will stand. All are unconstitutional and will almost surely be found to be such; and so will die a legal death.

No such legal death can undo the action taken by the Republican State Committee last night. By a vote —  opined by a Republican not present but well informed of the vote — of 52 to 16, the GOP platform now includes language opposing our state’s marriage equality. Of course a party platform is not a law; no one need obey it or give it a damn. Still, the vote puts one of Massachusetts’s two chief political parties at odds with civil rights and human freedom; and as Massachusetts has always been first among polities to seek and secure civil rights and human freedom, the state committee’s vote is an affront to 250 years of our history. We were also the first state to recognize that gay people have just as much right to marry as do any of us.

I am no psychologist. I have no idea what mindset propels citizens of Massachusetts to reject the last 10 generations of our history; to downgrade our gay citizens; to impose on a political party such a burden. Political parties are supposed to win elections. The state committee’s vote loses them.

Of course the party’s leading candidates, Charlie Baker for Governor and Richard Tisei in the 6th Congress District, immediately rejected the vote. Both men stand four-square for gay rights, marriage equality, women’s health rights — even for economic fairness — and are well known to be unshakably committed to these positions. Their campaigns will suffer no harm from a vote whose only goal is to harm. Still, it looks odd for the leading GOP candidates to be running on themes rejected by the party’s formal organization (as the state committee is).

Gabe Gomez, too, who in the past few months has become the most outspoken Massachusetts voice of Republican progressivism, tweeted a passionate denunciation of the state committee vote. I joined his call. I am glad that I did, sad that the need arose. 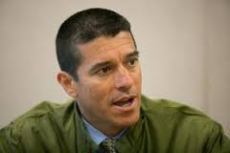 ^ next to Dan Winslow, Gabe Gomez is now Massachusetts’s man of progressive conscience

Meanwhile, in Revere, 63 % of voters, in a large voter turnout of almost 50 percent, rejected the moralizing “no casino” side, saying “yes, bring it on” to the Mohegan Sun/Suffolk downs casino plan. Mayor Dan Rizzo can now go mano a mano with Mayor deMaria of Everett. That one I look forward to.

I personally think the Revere plan somewhat unattractive and largely compromised by geography and brand; I doubt it will win the Gaming Commission’s license. Steve Wynn’s far more glamorous, better located, Everett plan will likely win it. But it is a step ahead to see Revere put its cards on the table (ha) on the side of entertainment, drama, people dressing up and having a good time, even — yes — people spending money at a roulette wheel. As we have every right to do.

Let the last word here be St Rep Kathi Reinstein’s : “Raising a big, fat Sam Adams pint to Revere tonight,” she tweeted. “63/37 victory ! I’m so proud of my city and its people…”