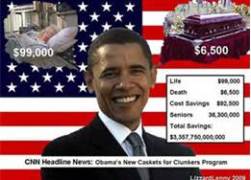 ^ The President argued thus for the ACA

Obama-care – the Affordable Health Care Act enacted into law in 2009 – is here to stay. It should be. It is going to be a huge benefit to the economy, not to mention to the 50,000,000 Americans for whom it will provide basic health insurance.

The 50 million who the ACA will insure will now enjoy better heath, fewer sick days out from work, and far less expensive medical care. Currently the 50 million have only one choice : use an emergency room at a hosp[ital, at which, thanks to legislation enacted 30 years ago, all care is fully paid for by the Federal government. That care is hugely expensive. Under the ACA, people who had only the emergency room option will now have insurance. That insurance will be purchased through exchanges, on which competition between insurance companies will drive down costs – indeed, is already driving them down.

New York State is only the first to announce, recently, that health care costs for its residents have dropped almost 50 per cent. The same will be true in every other state. 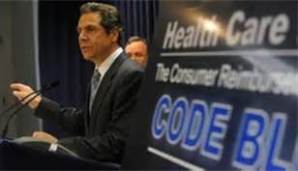 ^ Governor Cuomo, announcing that the ACA has given NY an almost 50 % decrease in the state’s health care costs

Or, should we say, the same will be true IF the other states fully implement the ACA and its purchase exchanges. Many Republican-governed states are refusing to do so. Others are implementing the ACA only in part. In many such states, purchase costs are rising, not dropping. This seems to be policy in some Republican states. They want the law repealed, and by squeezing the law so as to make insurance more expensive they hope to turn public opinion against the ACA. It’s cynical, and it’s quite immoral.

Why would even Republicans not want every resident to have health insurance, when such insurance provides such palpable benefits to the economy ? Fewer sick days taken by workers, better health for workers generally, and lower insurance costs ? With lower insurance costs and fatter pay checks, more income available for consumer discretionary spending ? Remember that two-thirds of the ENTIRE economy is consumer spending. Any economy-conscious politician would want as much consumer spending as feasible.

It’s a fascinating question. Since voters all vote – assuming they aren’t kept from voting by various GOP “vote suppression” laws – one would think that the GOP would want to win these votes, not throw them away. Why are they doing this ? 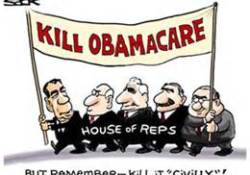 ^ 40 times, the GOP-controlled House has voted to repeal the ACA.

The GOP is well funded by huge corporations who view employees as a burden, not an asset; who don’t want to promote employee loyalty, or job satisfaction, and who don’t understand, or give a damn about, the economic impact of stress and poor health. These same companies are – or say they are – delaying to hire new workers because they can’t yet process the ACA’s impact on their health insurance contributions.

Other companies that fund the GOP are refusing the ACA because, so they claim, their religious values forbid them from insuring women’s reproductive health. This is outrageous. What right does an employer have to impose its religion on employees’ health ? Then there’s the employers that are hiring but only for part time work covering less hours than would require health insurance. Surely this is an unfair labor practice that the NLRB needs to challenge.

It is these corporations which, by huge donations directly to the GOP or by way of ALEC, the legislative drafting arm of America’s anti-ACA, anti-women, anti-civil rights interest groups, are buying the non-compliance of GOP office holders and thereby grievously impacting the course of ACA implementation. Grievous delay is, not, however, going to stand. It will not last long. The Act will be implemented, insurance costs will go down, and eventually the nation might even work its way toward the real health care solution: enrolling all Americans in Medicare.

That would be simple. Unhappily, in politics, simple is never liked by those who profit of complication.

— the Editors / Here and Sphere 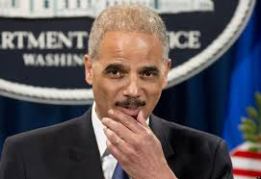 Any worry we may have had, that the Supreme Court’s recent decision to throw out the 40-year-old criteria supporting Section 5 of the 1965 Voting Rights Act might interrupt Attorney General Eric Holder and the Justice Department from protecting Americans’ voting rights, has proved wrong. The Justice Department has moved right ahead anyway, under Section 4 of the act — which requires a finding of actual discriminatory inhtent — to block Texas from so discriminating.

We approve the DOJ’s move. Fully approve it.

No right, other than that of life itself, is more basic to everyone’s equality in our democracy than voting rights. Texas has sought for quite some time now to undermine the voting power of voters its dominant Republican party does not like. This must be fought every step of the way. It is wrong, it is immoral.

The Department of Justice is now moving in Federal Court to enjoin the Texas legislature’s newly drawn State House and State Senate districts — maps that shove voters the Republicans want no part of into districts such voters cannot win. Specifically, the Attorney General Holder asserts that the Texas Republican party is discriminating against Hispanic voters in favor of White voters. Not one week after the Supreme Court ruling, the Texas GOP pushed its manoeuvered map through the legislature and into law. The intent is plain.

If the Federal Court agrees, the GOP map will be blocked. That is the first step. The next step is to get the Court to set up its own panel to draw such legislative districts as will treat all voters fairly. It has been done before, in other states, and not only under the Voting Rights Act.

Holder and his law staff have many issues they can take up with Texas. The state’s radical new abortion restriction law is one; the state’s refusal to offer health insurance to 25 % of Texans is another. School curricula, pay equity for women, and the nation’s most harshly administered criminal law all demand Federal intervention wherever legal means can be found to do so. The first step, though, is to protect every Texan’s equal vote. The DOJ is taking that step. We hail its doing so.

The need for DOJ intervention may also arise in North Carolina, where a regressive new legislature is repealing some civil rights gains that took half a century to achieve. We support the DOJ for the North Carolina mission as well, if needed — indeed we support the DOJ’s protection of voters’ equality wherever such protection is put at risk by backward powers. 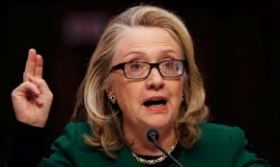 McClatchy Newspapers and Marist have just published a full poll of the Presidential race. It shows that Hillary Clinton beats all challengers, most by double digits:

This poll mirrors those already released by Quinnipiac University and Public Policy polling (PPP). Those polls show Clinton carrying Virginia against all comers and doing the same in iowa and Ohio except against Chris Christie, who ties her in those two states. Clearly, Hillary Clinton right now is the clear favorite to become our next President — If she runs.

Moreover, her huge numbers over Vice President Joe Biden, in the Democratic Primary, make clear that voters do NOT see Hillary as a continuation of the Obama Presidency. Indeed, it appears that they see Hillary as the opposite of him. this is bad news for those GOP pundits who want to assert that after eight years of Obama, it is time for a change. Hillary Clinton IS that change — at least she is how voters see it.

^ Chris Christie : competitive against Clinton and favored by GOP voters

We have also been opining that the above results guaranteed that neither Christie nor Jeb Bush will get the GOP nomination. After all, they run competitively. And to the GOP base, being competitive with a Democrat means compromising with the unthinkable. But the McClatchy/Marist poll of Republican Primary voters indicates that we were wrong. It looks now as though we were wrong. Tea Party loudmouths, fake God preachers, and Tea-district Congressmen may view compromise with Democrats as anathema, but GOP Primary voters appear to favor Chris Christie, whose career has symbolized GOP-Democrat co-operation and mutual respect.

To the GOP loudmouths and haters, Christie is “dead to me.” that is how they talk of him. But to the GOP’s voters, Christie is more alive than any of the other hopefuls, several of whom look rather much like “dead.”

Maybe Chris Christie can do it — win the 2016 GOP nomination. If so, the GOP will be at least useful again to most people — an instrument of policy, not venom.