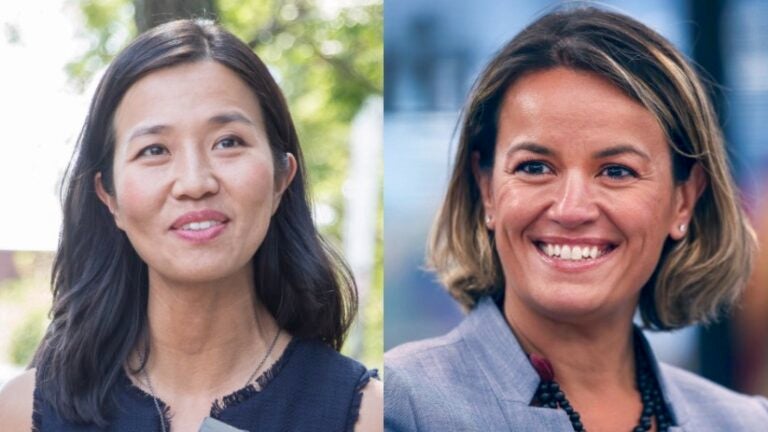 On September 14, 2021, about 108,000 Boston voters cast their verdicts on the multiple candidates seeking the offices of Mayor and City Councillor. Eight at Large Council candidates will face the voters on November 2nd, along with Michelle Wu and Annissa Essaibi George seeking to be our next Mayor.

Ordinarily, such voter verdicts would be matters of character and size-of-following. Ever since I first involved myself in Boston elections, some 54 years ago, there has almost always been broad consensus on what city governance is about and should take care to do. Except for 1967, when Louise Day Hicks, as the voice of many aggrieved school parents, challenged those who sought to desegregate Boston’s then very racially separated school system, the main difference between candidates has been whose names would be on the City of Boston paychecks. We used to smirk at the unity of it all, but as I survey the current Boston situation, I wish those days of consensus were back.

Instead, we have polarization: so-called “progressives” versus “traditionalists.”

Annissa Essaibi George, the “traditionalist” candidate for Mayor, won votes by the barrel-full in Dorchester east of “the Avenue”; Michelle Wu amassed the same in Jamaica Plain and Roslindale. West Roxbury threw a tsunami of votes at Essaibi George; Back Bay and Downtown a wave nearly as big for Wu. Meanwhile Kim Janey, who became acting Mayor in March, all but monopolized the voters of Black voters. As for Councillor Andrea Campbell, she did defy the polarization pressure by winning a fairly even spread of votes all across the City (befitting her status as almost everybody’s second choice), yet finished third, proof (if any were needed) that polarization was the ticket to success this time around.

The polarization was racial as well as cultural. There was scant enthusiasm among the city’s Black and Hispanic voters for Wu or Essaibi George. Still, culture rulked the day, because Boston’s white voters are polarized among themselves.

The same is true almost everywhere in America today. Skin-colored conflicts inflame white voters almost exclusively. Why is this ? Pundits offer a dozen reasons. Who can say which is the proximate cause / Yet the fact is there. “Blue states” versus “red states” exist because white voters, who comprise about two-thirds of all voters, are at each other’s throats. Why would Boston be any different ? Myself, I think the proximate cause of this white-voter face-off is the unevennness of our economy.

Nowhere is that unevenness more flagrant than in Boston. The same highly-paid, tech-savvy, educated skillsters who are taking over the Democratic party nationwide are doing so in Boston with a vengeanace, shoving out the old-school, Catholic, ethnic working class, whose jobs pay less, whose technology savvy doesn’t often keep up, whose ways of life are embedded in the accommodations and successes of 50 to 85 years ago (Franklin D Roosevelt to Lyndon Johnson) and whose job opportunities have narrowed savagely as the industrial phase of American life has given way to a service economy in which union solidarity and its economic boosts have faded into non-union, low-wage, peon jobs.

How could scions of the once successful, ethnic Bostonians (including my own grandparents) who commanded city government for 100 years not feel pissed at being pushed out by the buyers of million dollar homes and waves of luxury condo developments ? Wouldn’t it roil you to have to move out of Boston because no one will assure that every Boston public school imposes a high-quality education ? Wouldn’t you fight to keep the exams schools exam schools ? And the jobs — where are they ? Of course you’d be upset to watch three-quarters of your long-time neighbors — friends of your grandparents even — move to Peabody, Foxboro, Wakefield and Newton. Yet just as “old Boston” moves away or is pushed out, newcomers to Boston who stay for the $ 250,000 “diversity and inclusion” jobs ( you got to love that phrase, “diversity and inclusion.” What it actually means to “old Boston’ is “jobs for you, but none for me any more.”) are quite happy to rent a cubicle sized flat for $ 2500 or buy a poorly constructed, “luxury” “unit” for $ 650,000 — more money than “old Boston” voters see in a decade.

For the first 20 years or so of the high-income conquest of Boston, the “old Boston” among us could still command city elections and win city jobs in the manner of two generations before them: it takes time for newcomers to adjust to or grasp any significance in local politics. But lately even that last refuge has failed. The numbers just don’t muscle it any more. Essaibi George is proudly an “old Boston’ candidate. Where did she rule on September 14 ? In maybe 50 precincts of the City’s 255.

Another fact : once upon a time there’d be 20, even 40 City Council candidates with Irish or Italian last names. This year ? Only four with Irish last names, none of Italian heritage. Yes, none.

People who are being pushed out understandably don’t like it. For generations, “old Bostonians” have lived in, worked for, socialized among, and managed Boston. Are the current generation of “traditional” voters supposed to just bow out and smile ? Are today’s Bostonians of Italian ancestry supposed to cheer as statues of Christopher Columbus are defaced and removed by City order ? Look at what has replaced Columbus statues, men-only taverns, Park league football, and Irish politicians : bike lanes — which make driving an even huger ordeal; Boston-magazine restaurants, serving hummingbird-sized portions of leafy, stringy I-don’t-know-what’s “drizzled” with cilantro glaze; ring-and-video doorbells on security locked front doors; and vast nosefuls of corporate job descriptions — almost all of them written by new-to-town white people — which include, among the “interviewer’s questions” section this telling bit of agitprop : ‘will you commit to fighting white supremacy ?”

I could go on listing examples of the new condescension — the sleeve-worn race obsessions — spreading its expensive colognes all across Boston neighborhoods being planned out of existence by our City’s Ph.D’d bureaucracy, but you do get the point.

But back to the money.

Mark Twain’s famous quote — “money is twice tainted. taint yours and taint mine” — epitomizes today’s America, in which about ten percent of us are educated to the max and are a “good fit” for salaries above $ 200,000 a year; or we run brand-new online businesses which, after gestation, sell to mangers of land-speculation billionaire money for millions of dollars. You can see these sparkling new richies all over instagram, posting their world travels, dressed to the nine times nines, their photo captions littered with Via Napoleone brand names. It’s nice to have money, jeroboams and balthasars of it ! But Twain had it right : taint yours, and taint mine.

The rest of us earn far too little. Either we hustle at middle-management jobs thumbed by human resource departments and evaluated by supervisors, or we hold peon jobs serving fast food to impatient commuters, cleaning hospital bedrooms, washing skyscraper windows, longshoring, assisting “seniors” and what-have-you, jobs that in 2021 America pay about one-third of what a family requires to barely break even in and around the big cities where the jobs are. I hate to tell ya, but hey — even a $ 15/hour wage doesn’t cut it.

So, enough about the imbalances in our economy. You all know what I’m talking about. Back, then, to the Boston city primary, which is the main event filling up our arena right now. In one corner we have the candidates representing the new corporate progressivism, the big money thereof as well as the entire real estate industry, which has made of Boston its new Klondike toward which all are rushing as real estate prices climb ever upward. This is the current majority voice. In the opposite corner we have those who have worked for or had a personal stake in city governance lo these many decades, including Boston Latin School parents as well as most Boston labor unions representing crafts especially but also police, fire, and EMS workers. These comprise the current minority numbers.

The majority supports significant, even radical changes in how the city operates its schools its police, its traffic and the MBTA, as well as big-box, cheap-tack megalithic housing “units” (it favors high density “transit-oriented” housing, and zoning reform to allow for these, whatever that is) and of course regulation of the atmosphere, the ocean, and modes of transportation. The minority simply wants to be left alone to do our modest jobs, take care of our loved ones, and maybe plan a meager retirement. Who are this “rest of us” going to vote for in November ? You know whom. And if our candidate — our last hope of securing a viable, economic foothold in what was once our City — doesn’t win, as seems likely, what will we do ?

You tell me. I have no idea.