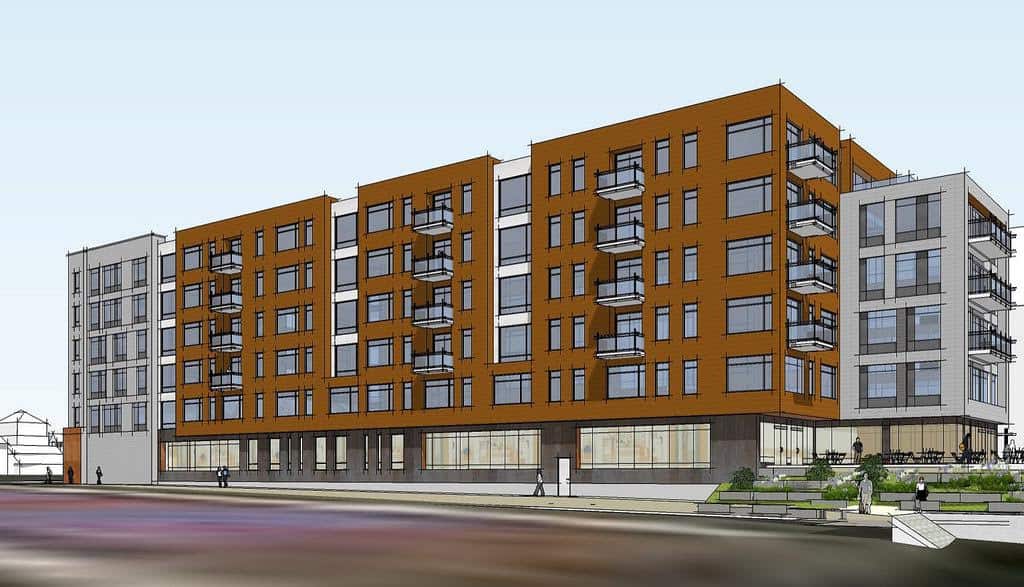 The laws of supply and demand say that the more supply, the lower the price, assuming that demand remains the same. Yet here, in Boston, the more housing that gets built, the more demand is created — much more demand — and so the price goes UP. Way up.

The building creates the demand !!

But how can that be ?

The decision by Mayor Walsh, eight years ago, to call for 53,000 new units of housing — later raised to 69,000 units — jerked the housing market upward — radically upward — in two ways : first, it caused the price of land acquisition to double overnight. (It has since doubled again.) Second, the soon to be available 53,000 units generated a rush of people to come into the City and inhabit those units.

People who had no notion of moving into Boston — because there was nowhere for them to live — now decided “hey ! It’s Boston for me, dude !”

First neighborhood to feel the rush was the South End, already expensive after 20 years of incomers into a once seedy region of boarded-ups, wino squats, and rooming houses. Then came South Boston, where rents quadrupled from their 1998 levels. Charlestown saw its own rents boom as well, as the old Navy Yard was converted into luxury condominiums.

East Boston was at first left out of the rush because it lies on the far side of the Harbor and is overwhelmingly an immigrant neighborhood, hardly a destination for $ 250,000 earners with their very high-end expectations. But by 2015, any such exemption rapidly faded, as Eastie’s relatively inexpensive rents drew incomers earning far less than $ 250,000. For a while it worked. As recently as 2018 you could find a two bedroom apartment in East Boston with a monthly as low as $ 1400, in a few spots cheaper still. No longer.

Since 2015 at least 250 development applications for variances (I am guessing the number; it may be far higher)– 40 percent of all of Boston’s Zoning Board of Appeal appeals — and BPDA approval have come before East Boston neighborhood groups, in accordance with BPDA’s public comment hearing regulation. Even though most have been voted down at those neighborhood hearings, the Zoning Board of Appeal almost always approves the many variances requested nonetheless.

As a result, thousands of housing units have been jammed onto the streets of East Boston . So : have rents gone down ? Just the opposite. They have soared.

How can that be ? Doesn’t increased supply cheapen demand ?

You would think so. But with Boston’s crazy housing policy, you would be wrong.

Given the costs of construction, and the wages paid to construction guys, the developer who builds cannot afford to charge el cheapo rents. just the opposite. Developers offer their new units at sharply higher rents than the prior going rates. That’s because the folks likely to rent those units want all sorts of amenities : granite-top kitchens, steel refrigerators, central air conditioning, an underwater garage, roof deck amenities, etc.

Developers cannot rent to Eastie residents because if you already live here, you don’t need a place to live. Thus the new units are marketed to higher income singles, from elsewhere, by brokers and realtors who have a commission to earn. (I do not object to their earning it. They aren’t creating the problem, just trying to make a living.)

Eastie residents have also watched these buildings being built. They see the junk materials, the cheapo construction, the sea-rise vulnerabilities, the ugly architecture, the impersonality of it all — the opposite of community. Why would our community people ever want to rent in such buildings, even if the rents were less ? Thus the marketing to people from elsewhere, rushing to move into the City because there’s “all this new housing” !

There’s much talk these days about building ‘affordable” housing. The only way that that can be done is for somebody to take an economic loss. Who’s up for that ? Not very many !

One method that electeds have put in place is the so-called “affordability covenant,” by which a developer who builds more than nine units must offer 13 percent of his units at an “affordable” price. (In some cases, electeds have jacked this percentage up to 20 percent.) Sounds good — but it only makes the situation worse: because if a developer has to offer 13 percent of his units at a loss, he has to raise the prices of his other 87 percent of units !

City Life/Vida Urbana and other “progressive” activists talk about building “affordable” housing as a general practice — no more luxury condos, say they. I support their ideal; but how is it to be done ? Perhaps with Federal funds ? I’m not sure that that works. In the 1940s we built loads of Federally-funded housing developments. They were ugly buildings, prison-block in appearance and pretty quickly devolved into projects for the most dysfunctional tenants, often crime-ridden and administered irregularly by the Boston Housing Authority. We do NOT want to repeat that mistake.

I have n o good answers for the anomalies of housing in Boston. I DO know, however, that the current policies aren’t working. They’re doing the opposite of what works.

Eastie residents, see this. They’ve have finally risen up and said “enough !”

We’ll see how that goes.