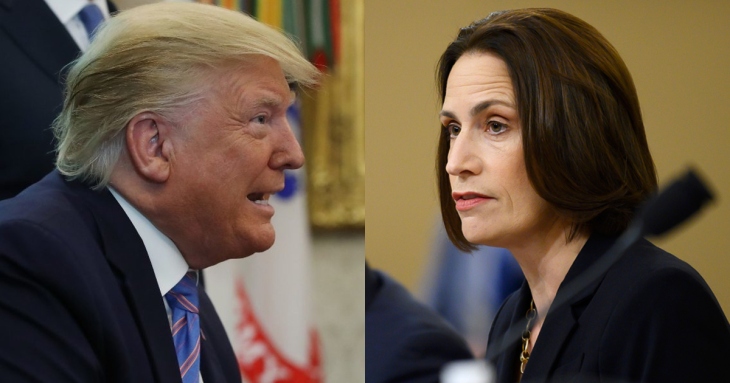 All of you now beginning to read this column know, after last week’s Impeachment hearings, that the individual now occupying the White House is a lawless, entirely self–seeking criminal who operates in service of the Russian gangsters to whom he owes hundreds of millions of dollars — and maybe other stuff — and that he must be impeached and removed from office.

I’m very confident that he will be impeached, probably on a party-line vote or very close to it. The prospect that Republican members of the House would vote to impeach was always slim; we now know that in almost every case the chance is nil. Yet that cannot deter the rest of us, and it will not. The man will be impeached, and there will be a full trial in the Senate.

We pretty much know what that trial will sound like. The impeachment managers will present the facts as we now know them, about the infamous July 25th phone call with President Zelenskyy of Ukraine and about the entire build-up to it, including the illegal hold-back of $ 490 million in military aid to that nation. Then will come the defenders of the impeached man, who will present a hurricane of disinformation, forgeries, and outright lies, all of them in line with — and probably in furtherance of — the Russian forgers who disseminated them and continue to disseminate them.

The factual news media will report the facts, and the disinformation media will propagate the disinformation. What will it all amount to ? In my opinion, it amounts to the beginning of the 2020 Presidential election. Facts versus fakery, all of it televised to everybody who cares to watch it and breathe it in.

There will be no conviction in the Senate. The criminal in the White House can defecate on the Constitution all he wants, and his party will allow its faces to be swathed in shit; and those who for some reason believe the disinformation will lick the shit and call it barbecue. And so it will go right up to election day in November of next year: the shit faced versus the fact tellers. We will see how have the larger numbers, in sufficient electoral vote states, to decide the winner.

The only questions that remain are these :

( 1 ) why are the many very capable Republican members of Congress who know that shit is shit willing to let themselves be shit-faced ?

( 2 ) why are those voters who actively support the shitter willing, even eager, to say that shit is barbecue?

To the second question I have no answer. The voters who adore shit have their reasons, I am sure, but I am unable to fathom one.

The first question is more troubling. When we elect Congress people, we elect them to bear “true faith and allegiance” to the Constitution; yet the shitter in the White House could care less about the Constitution, violates it every day, and engages in conduct criminal and almost treasonous, in service of his personal money schemes, almost without giving one damn what anyone thinks or does. It stuns me that there is even one elected Congress person who tolerates such conduct for even one day.

Perhaps the answer is that Republican Congress members are wholly dependent on big donors and that these big donors don’t give a damn what the White House shitter does as long as he nominates bigoted and lawless judges and demonizes immigrants and LGBT people, betrays our allies, and endangers the climate. I don’t know what these donors think the outcome of their destructive radicalisms will be, upon the world’s condition or the lives of those whom the shitter endangers, but clearly these donors are hell bent on destroying whatever and whoever they have to in order to achieve their dark, ice cold nuclear nightmare. The Congress members whose campaign budgets they fund have no other choice. Dependence on big donor devils almost guarantees that small donations, from actual people, will shun them. Yet they take it.

To quote the great Fiona Hill, who testified yesterday : “This will all blow up. And here we are.”

To sum up : we must impeach and we must remove from office the individual who currently lives in the White House. After that, we can clean up the mess, no matter how long it takes. The good of our nation and its Constitution demands it.