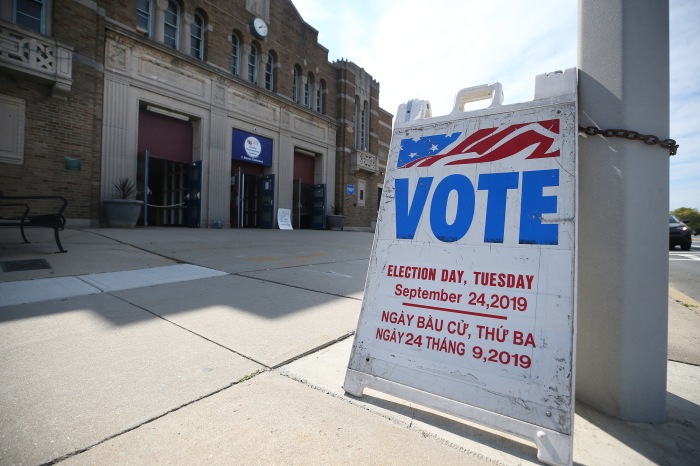 ^ nobody in sight, in the “who cares” Boston election

I may e wrong, but I cannot recall such a high number of opt-outs by Boston voters. Time was,m back in the 1970s, when I had already begun my long life as a Boston political activist, that a turnout of 27 percent (1973) was considered unacceptable. 27 percent would mean about 135,000 voters ! For comparison, in 2013, in a multi-million dollar Mayoral campaign, only 37.5 percent voted. Mayoral elections in the 1970s brought out well over 200,000 voters. South Boston used to see 9000 votes cast. Today, maybe 45400.  Charlestown once delivered 6500 votes. These days, more like 2700. In the 1983 Mayor election, more people voted in Ward 20 (West Roxbury and part of Roslindale) than voted in the 1972 Presidential race ! Today, in a City election, Ward 20 votes maybe 50 percent of its Presidential turnout.

Why his this happened ?

I have no polling firm providing me information, and you might have to ask individual voters why they did not vote last Tuesday, but I think one major development, these past decades, stands out : patronage has, by and large, disappeared from the City’s political system, along with the jobs that it accorded, and the people who lived by that system have, most of them, moved out to the South Shore and the Cape.

Having removed the overwhelming majority of patronage work from the system, all that is left to vote are the ideologically committed and people who grew up before the 1980s and were taught that voting is a duty.  These two groups  don’t amount to much, and in addition to small numbers, they have changed the tone of City Council campaigns,. name recognition, family ties, tons of personal friends, and popularity with City workers used to be the essentials for a City Council win. Today, not so much.

Turnout would probably be even lower were it not for the city worker residency requirement, which keep s many employees living in the City who otherwise would live elsewhere. i have never been a fan of telling city employees where they can or cannot live, but at least these workers provide the City an electorate different from the ideologicals.

In the 1970s the City and Suffolk County had some 30,000 employees. Add in Boston Edison’s 10,00 — jobs that in those days were often patronage — and the  families of all, and very quickly you could expect 100,000 voters. And they voted ! In that 1973 City election that I mentioned above, 99 percent — !!! — of the School Custodians voted. And they all lived in Boston, By themselves they constituted two percent of that 27 percent turnout. You can best believe that when the  Custodians union wanted something from the then elected School Committee, they were listened to.

We monitored who voted. If you didn’t vote, and asked us  for a favor, your non-voting was noted. Not surprising, then, that when a Council candidate wanted to do a city-wide mailing — in those days  candidates did their own — there was absolutely no problem getting 200 “volunteers” to show up a t a church basement or school assembly hall to “do a  mailing” for hours. Heck, those folks WANTED to be there, wanted to be SEEN there !

Today, when union activists work a political campaign, they come to the headquarters and are signed in. That’s how it should be when you are depending on a union being strong and seen. City politics was once like that too. It isn’t t.hat any more. Today, people who work mostly work in a private sector, or have a government job hired on merit of one sort or another. They get up, clean up, go to work, come hole, do family stuff. City Hall is a place they call to get a street light fixed, if they call it at all. Nothing in their lives is bettered by anyone in City Hall.  Yes, the voters are taxpayers, and that should matter; but it doesn’t seem to. Tax paying is accepted as just another electronic deduction from your bank account, no different from the mortgage payment or the auto loan.

Back in the day, when you had to write out a check to pay the tax bill, and mail it to City hall, you felt differently, maybe.

This indifference to, or lack of relationship with, City Hall, is reflected in what voters tell at the door when you door knock. So me have issue with the school system, that’s for sure, and many complain about City streets and snow plowing; but just as many say they’re very satisfied with how things are going. Unless these voters are your family or est friend, good luck getting them to vote in a  Council election.