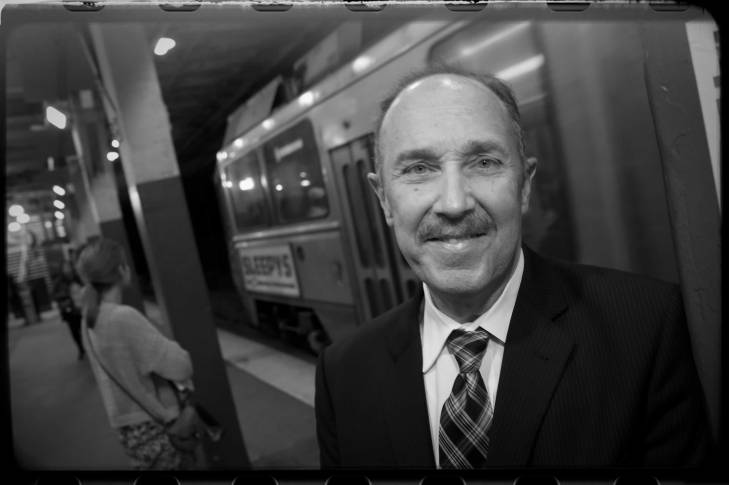 ^ does the MBTA need more revenue now, or not ? Fiscal Control board chairman Joseph Aiello says, “not now.”

Does the MBTA need more revenue or not ? A recent advocacy group, transportation for Massachusetts, seeks a lot of it; the T’s current fiscal boss, Joseph Aiello, says that it doesn’t need more revenue and isn’t getting any for quite a while.

Who has the better argument ? First, read what Joseph Aiello — an East Boston kid — has to say :

Aiello on the state of the T, new revenues

To discuss the Boncore – Mermell op-ed first, it seems to me that they’re trying to do too much — way too much — but as Governor Baker’s Commission report also overreached, it’s hard to fault Boncore and Mermell for taking the cue and running with it. She and he really do want the MBTA to become something very different from what it is. Their MBTA isn’t to be only a system of transport, it’s top be an agent of climate change resilience. It’s also to “serve underserved communities,” whatever that means. Their use would suggest people of color and of very low income: but as I see it, that’s exactly who the T serves. why else would taxpayers pay for it, if not to provide transportation for those who can’t pay a fare sufficient for the T to turn a profit ? The only obvious under-service I can think of is that many of Boston’s low-income people live and work at the opposite ends of cross-routes. The T’s lines overwhelmingly favor outlying places to Downtown, like spokes of a wheel; going across town requires frequent route changes, four and even six. Those who must commute to work on cross routes spend huge amounts of time navigating across those cross routes.

Resolving the bus route situation does not require re-imagining the T, and even as I write this, the T is working on a revised bus route plan which will relieve some of the anomalies in cross-routing.

Boncore and Mermell also ask the T to become an actor in the battle against sea rise and climate change. I don’t find this to be a purpose for having a T, but Governor Baker’s Commission reported the same concern; thus, what of it ? As Joseph Aiello has said, publicly, and says again in his own Commonwealth report, the T is on track to build a full fleet of electric buses. That will do plenty to decrease the current T’s record of carbon emissions.

As far as I’m concerned, Boncore’s and Mermell’s call for more revenue and a faster repair schedule fall flat. As Aiello is quoted or summarized in his report, “… the agency is moving ahead with an overhaul of the Red and Orange lines that will double their capacity and committing to an annual maintenance schedule that will prevent the sort of deterioration of service that occurred the last time the two lines were upgraded. “We’ve got a pretty radical transformation going on,” he says. The T is also considering a plan to double the capacity of the Green Line and exploring a re-imagining of commuter rail, not to mention a host of other initiatives. Aiello is cautious about the need for more revenue. He says the agency has enough money for the next five years and adds that broad-based taxes are off the table.”

If Aiello says that more revenue is not needed during the upcoming years, I’m persuaded. As chair of the T’s Fiscal Control board, he’s in the best position to know. Aiello is of course mindful that most Massachusetts voters are not inclined to pay more taxes into a T system that can’t get its fiscal house in order as Boncore and Metmell are playing to the interests that think more taxes and more spending are the answer to all problems. I happen to agree with Aiello. The T has to be disciplined to live within its means. Only that path will adhere to course. If the T knows that more dollars will always be coming, there’ll be no incentive to make do. It was like that these past 20 years, and you see what that did to the T.

I’m sure that Boncore and Mermell mean well. Boncore is a dedicated State Senator and a forceful voice for assuring the T’s responsiveness — not always a given — to the communities he represents. On the revenue question, however, I think that Aiello has by far the better argument. I also think that there’s no better way to assure the T’s responsiveness than to hold its finances to strict account as it moves forward to do what it has to do.

Aiello is also correct, that T repairs and upgrades cannot be sped up.  These can only take place during the T’s down time. No one is going to shutdown the T for six months so that it can get up to SOGR — “state of good repair” — all at once. The T will continue to run. That is its first obligation. Repair and upgrade will have to fit in with that priority, or not at all.