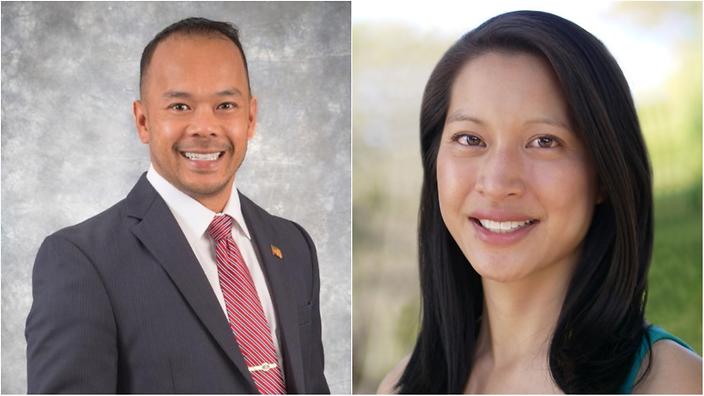 We in Massachusetts performed an election like no other in the entire nation. An actual majority of the 2,700,000 who voted chose a Republican Governor and a Democratic Senator. I cannot think of another state in which such a decision would even be possible today.

As I’ve written often, because 56 percent of Massachusetts voters belong to neither party — a percentage that increases every year — the two actual parties have to open their portals to vastly more voters than the few who work within. Openness to all being our first voting principle, a candidate can chose either of the two major parties and win an election. At least that is the logical consequence.

One obstacle stands in the way of complete electoral openness in our state : the party primary. Chiefly party members vote in them. Those who enroll in no party can vote in either one, but few do. Why should they ? In November they get their shot. The result is that party primaries in which mostly only party members participate pick the candidates whose names will appear on the November ballot. This gives the whip hand to those who view politics through partisan filter. Thus candidates who get to the November ballot don’t usually reflect the 56 percent, and openness, but the preferences of a distinct minority.

That the primary is the chief obstacle to absolute electoral openness in Massachusetts was proven by Governor Baker, who won 67 percent of the vote to Jay Gonzalez’s 33 percent, prevailing in almost every community. Baker had four years to be vetted, by all the voters, and the vetters liked what they observed and judged. The 56 percent who belong to no party voted Baker by about seven to one; he won a majority of registered Democrats. As the same voters who liked Baker also voted for Senator Warren makes clear that for almost two-thirds of our voters, party label, by itself, carries no advantage.

If political party means little to most Massachusetts voters, principles do. Our state’s voters have gateway issues on which they hold very specific views. Civil rights for all is one such. On Tuesday, the state’s Transgender civil rights law — which accords transgender people the same public accommodation rights as everybody else — was confirmed, versus repeal, by 68 percent to 32 percent. The ballot initiative won all but four towns and one city (Lawrence), and those it lost, it lost narrowly. There is but a small constituency in Massachusetts for discrimination, as for the pro-life position, and candidates who insist on the minority position do so at great risk.

Jim Lyons, a Republican who had represented North Andover, Tewksbury and part of Andover since 2010, was beaten 55 to 45 by a first time Democrat, Tran Nguyen, for his advocacy of repealing our Transgender Civil Rights law. He lost in a District in which Republicans outnumber Democrats and in which Governor Baker won over 75 percent of the vote. Can there be any clearer example of the commitment that most Massachusetts voters have to civil rights for all ? Lyons’s district is one of the most reliably Republican voting in the entire state, up and down the ballot, yet he lost convincingly even as the transgender rights law repeal he helped sponsor won his District by 60 to 40. Meanwhile Dean A. Tran, a Republican State Senator elected in a “special” early in the year,m was convincingly re-elected (32,500 to 27,500) against a strong Democratic challenger. It doesn’t hurt that Trans’ campaign manger is a transgender woman, or that he has a firm, personal support base in his district’s largest city, one in which Democrats occupy almost all the elected offices.

There are signs that the openness and consensus that have dominated Massachusetts state politics since at least 2014, and probably since 1990, may be diminishing. Governor Baker won the 67 percent in large part because the entire Democratic establishment, those who have worked with him on large amounts of reform, embraced him because he is a huge barrier to the “progressives” who loom increasingly i n the Democratic primary. The last thing regular Democrats wanted was a Governor whose political base is those “progressives.” Jay Gonzalez campaigned almost solely with “progressive” support; he espoused the entire “progressive’; agenda of higher taxes, medicare for all, and a “Safe Communities Act” which, however worthy — it would prohibit any local ore state law agency from co operating with Mr. Trump’s immigration police — would split the Democratic party and divide our electorate just as immigration has divided the nation. Unlike with civil rights, there is, in Massachusetts, no consensus for immigration reform – far from it. Regular Democrats understood that “progressives,” using Safe Communities as a “wedge issue,’ might swell challenge them in a party primary and maybe lose to them, just as Jeffrey Sanchez, appointed the state’s budget chief was beaten in  a party primary on the strength of that issue. (Nor can any regular forget the 59 to 41 defeat suffered by Congressman Mike Capuano, who would have been a Committee chiarman, by Ayanna Pressley, who will be but a freshman.)

Such challenges may well arise in 2020 — the “progressives” loathe Speaker DeLeo and frustrate over his partnership with Baker — but without a Governor Gonzalez to mobilize the power of a state-wide organization such challenges face barriers as formidable as the Eiger North Face.

That said, the “progressives’ aren’t stopping. Just the opposite. Plans are afoot to challenge legislators and Mayors, and certainly the 2020 Presidential election will give them an organizing opportunity likely to bear fruit in the 2022 mid-term elections. The politics of division foisted on us by Mr. Trump may affect only a minority of Massachusetts voters,m but it’s a passionate minority , in both directions.Even as “progressives” make inroads into Democratic primaries, so right wing ideologues impact the Republican. can we forget that the almost lunatic Trumpism of Scott Lively won 36 percent of the Republican primary vote this year ?

The media, too, stoke this new divisivenss: it gets attention and thus sells newspapers and collects “eyeballs.” It was probably no surprise that the lead about Tran Nguyen wasn’t her win but that she is of Vietnamese origin and thus gives a voice to voters who “look like her,.” This same “look like her”-ism was a big part of Ayanna Pressley’s message, and of course nationally gender identity was a major feature of media stories about the election and in campaign fund-raising. Myself, I don’t see legislating and governing as matters of what one looks like : the pens that sign new laws don’t have eyes, hair, a skin color or  national origin. But for the Instagram generation and the cult of selfie (don’t discount that Governor Baker is the Massachusetts selfie king), what one looks like is the only thing that emits drool from a political mouth. Expect more of it, not less. Even in Massachusetts.