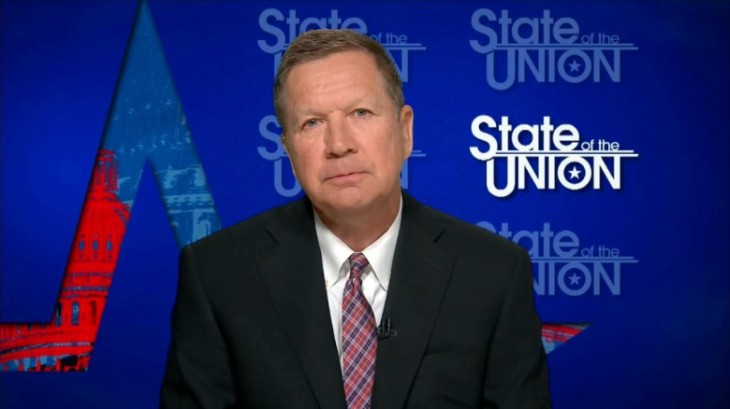 ^ Thus spoke John Kasich, Governor of Ohio, last night, as he tore into the Senate’s proposed health care bill, one that would make health care pretty much unaffordable for people of low income.

Kasich is right, of course. Low income people have less influence on our politics right now than they have had in at least 100 years, maybe longer. But why ? In a system of universal suffrage, and accounting even for vote suppression efforts, low income people should carry great numerical weight — more weight as low income situations increase. Why isn’t this happening ?

The obvious first answer is money. The enormous cost of campaigns today has forced candidates to spend much of their time talking to donors. BIG money donors. These fully understand the leverage they possess over candida5tes and can hardly be blamed for pressing that leverage. Nor is there any easy answer to the monstrosity of money campaigning. The Citizens United case, and its successors, make clear that money donations are protected political speech no matter how huge. A Constitutional Amendment seems most unlikely. The power of big money will continue.

There is, however, a not so obvious, second answer that cannot be so readily excused: campaigns more and more have concentrated their people efforts on those who always vote — called “super voters” — to the exclusion of every other voter, much less those who aren’t registered at all. The election of Mr. Trump was generated at least in part by voters whop have — correctly — found themselves left out. Actually, their anger is probably a preferable response to the much more widespread indifference that has overtaken so many low income voters.

One sees it all the time on the campaign trail. I fully believe in campaigning to all the voters, but at the doors of many low income, or low frequency voters — the overlap is large — I find voters who clearly don’t see candidates knocking on their door and express a kind of stupefied surprise before they are able to actually say anything; nor do these voters expect much, other than gratefulness that we actually came to their door. Will they vote ? Will our visit move them to do so ? the chances are not great, but if candidates do not campaign to these voters, the chance that they will vote is close to nil. Which is why candidates, not blessed with unlimited time, are reluctant to campaign to them.

I can’t blame candidates for campaigning to the “super voters” first; and these are almost always people connected to “the system,” or elderly and thus trained to vote back in the day when it was thought an obligation. Yet to forego campaigning to everyone else almost assures that everyone else won’t care about an election.

What individual candidates have come to do, so have entire political parties. Lists of “super voters” are kept, and can be bought as a “voterfile.” Donor lists are kept and distributed to candidates. Big money meets big money at high-ticket fund raisers disseminated through social media. Meanwhile, low income voters, disinterested, either have no such network or don’t think it matters much to try and build one: for what purpose, anyway ? Worse, political party committees need big money just as much as candidates do — maybe more. They have hundreds of employees who must be paid, structures to be funded, events and conventions, media campaigns, lobbying, opposition research…

Meanwhile, what do low income people contribute ? Certainly not tax revenue; indeed, if you are low income, you’re likely eligible for an earned income tax credit, or for Medicaid, or for any other benefit that someone else must pay for. Low income people thus have almost no leverage. And yet. And yet low income people are our neighbors and, in many cases, our relatives, parents, grandparents, friends. Their needs are no less than our needs, and if we care about our fellows for who they are, not merely for how much they earn, then we as a society cannot say no. Yet many of us do. Which means that low income people should use the one leverage they do have : large numbers of votes.

I’m not holding my breath.

To the above I must, sadly, add a third reason: low income people include a large segment of Americans of color, or of recent immigrant status. Some voters are afraid of these, or largely ignorant about them, or uncomfortable campaigning to them. Voters of color have been the object of vote suppression legislation; immigrant voters are new to the system and not fully connected to its local nuances. Immigrants, too, require registration efforts; and registering voters is a time consuming, labor intensive, educational endeavor that few politicians have any ability to undertake. Churches have stepped up; but as it takes time for newly registered voters to acquire the custom of actually voting — of remembering when voting day comes, knowing where one’s polling place is, and going through the check in and check out procedures — many do not do it unless pushed, and who will do the pushing ? My experience is that it can take newly registered voters (not only immigrants, but also voters generally who are new to the city they register in) at least a decade of living in a city to become accustomed to voting in its local elections.