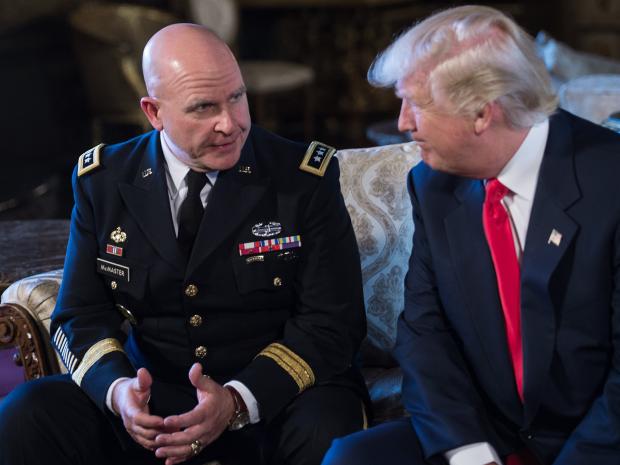 I fully approve this strike and hope there will be more once the details of a plan are agreed to and after the President secures an authorization from Congress to prosecute the defeat of Assad and his regime.

As for the first strike, I disagree that it was unlawful of the President to take. Long deliberation would render the strike’s deadly effectiveness moot. Assad had to know, and know immediately, that we  will not stand by while he violates all the war agreements made by the entire world 100 years ago, one of which is outlawing the use of weaponized poisons.

We are told that Russia will interfere with future attacks. Such threats are easy to make. If Russia’s murderous dictator wants to try the resolve of the free world, let him. He has had some success, recently, breaking the unity of purpose of the West; if he moves to resist our air strikes with war of his own, he will lose everything his devious cyber wars have gained, will assure rather that the NATO alliance becomes more resolute against him than ever. Does Putin really want to lose all his gains for the sake of a torturing, murderous petty tyrant far from Russia’s borders ?

The bigger difficulty of any Syria attacks arises from Iran. Assad is Iran’s client, toward whose continuation in power Iran and its proxy armies have committed tens of thousands of fighters and much weaponry. Iran cannot accede to having its ally ruined. Yet is Assad himself Iran’s bet ? One wonders if Iran would not be just as well off, strategically, being the top ally of a post-Assad Syrian government. Iran’s involvement can keep the peace after Assad is gone, and what better guarantee does it have of future influence in Syria than being peace after Assad’s most important guarantor ?

The other factors for war planners to consider are (1) how to keep Israel safe if Assad decides to attack it and (2) what position will Syria’s Kurds win for their effective victories and unmatched fighting skills ? Also what to do about Syrian refugees.

Israel first : as I see it, Assad attacking means nothing more than did Saddam Hussein’s attacks in 1991. Israel possesses our most effective missile-fighting defense. It deployed the predecesssor of that weapon very effectively in 1991. It acn do so again. As for the Kurds, a no fly/ no drive zone is all that is needed to cover the Kurdish region’s security. The same measure secured as much for Iraq’s Kurds after 1991. Lastly, the refugees. Whatever President Trump had in mind against refugees before, it can no longer stand. Our commitment to act in Syria obliges us to take on the consequences of our action. The war is ours now, so must its civilian victims be ours as well.

Governor Baker and the State’s Budget

For at least a year I have been talking about the state’s revenue riddle. My prediction was that Massachusetts would not be able to fund itself, much less, initiate, beyond the current fiscal year if we did not secure new revenue. The time has now arrived. The Fiscal Year 2018 Budget had a shortfall of money, which could only be resolved by every accounting device that Governor Baker could wield. There will be no such magic next year. The state’s FY 2019 Budget will require substantial more revenue.

Consider all the needs the Budget must satisfy :

(1) the MBTA still requires almost everything by way of infrastructure upgrades, new cars and locomotives, support system efficiency, upgraded passenger amenities (especially wi-fi in buses and commuter rail). The pension and retirement system must be better managed and fully funded. The Green Line Extension will begin construction. New commuter rail services must be initiated, including small-van routes and van-sized connectors. None of these can be accomplished without money infusions. The T has made substantial savings under Governor Baker’s management, but that device seems used up now. Recent money saving proposals have cut into actual service and thus were rejected.

(2) the state’s health care cost bases are undergoing complete restructuring. Baker told me last Fall that it might take five years to complete and would cost many billions of dollars that the state doesn’t have.

(3) the opioid addiction epidemic continues, is actually worsening, even as the number of beds for addicts requiring treatment grows more slowly than that of new patients.

(4) mental health treatment continues to suffer from the failures of 1980s de-institutionalization. One positive development, however, is the total repurposing of the Bridgdewater institution housing criminally insane persons.

(5) because the teachers’ unions and their parent allies decisively won last year’/s fight about charter school expansion, publicly funded schools now dominate education budgeting. School district budgets groan under the enormous and increasing burdens of teacher and staff salaries and benefits — in Boston, these account for 85 to 87 percent of the entire $ 1.06 billion school allocation. For fiscal 2019 and forward, public school budgets will likely increase by at least three to five percent annually even if we undertake no school reforms, or longer school days, or pre-school schooling — all oif which we will probably establish despite. Where will the money come from ? How will we assure continued improvement in school spresenyly under-performing ?

(6) charter schools, which help to close the “achievement gap” and thus prepare children less favored by family income or parental motivation for actual employment, have been blocked from moving to serve at least 32,000 city kids every year, and probably many more than that “official list” number. how will we now educate those 32,000 kids well enough that they can perform at least entry level jobs ?

(7) where will the state funds be for additional transit lines, train routes, bike and hired ride lanes, parking, garaging ?

The 2018 ballot will offer voters a two-tier tax proposal that proponents hope to use to fund transportation and education expansions. The history of such earmarked revenue doesn’t support that expectation. the money belongs to the legislature, and it appropriates as it sees fit. that’s what happened to the cigarette tax revenue that as supposed to be set aside for transportation. It didn’t go as planned.

In that case, what WILL the plan be ? I suspect there’ll be a move to tax online commerce, using point of sale as the nexus of a sales tax and the Constitution’s commerce clause as the basis for a challenge to it. This is one fight I think worth fighting. There is no reason why online sales of goods should enjoy a price advantage over bricks and mortar goods sales. the only effect that advantage has is to penalize bricks and mortar businesses. I hope that Governor Baker will agree with the proposal. The success of his upcoming state budgets could depend on it.

You can now call him “Justice Gorsuch.” He was confirmed by a vote of 54 to 45. Three Democrats joined 51 Republicans (Georgia’s Johnny Isakson did not vote).

I have supported the nomination since the day after it was announced, for reasons given in several columns and fully explained therein. I shall examine Justice Gorsuch’s long and challenging major opinions in a future column.