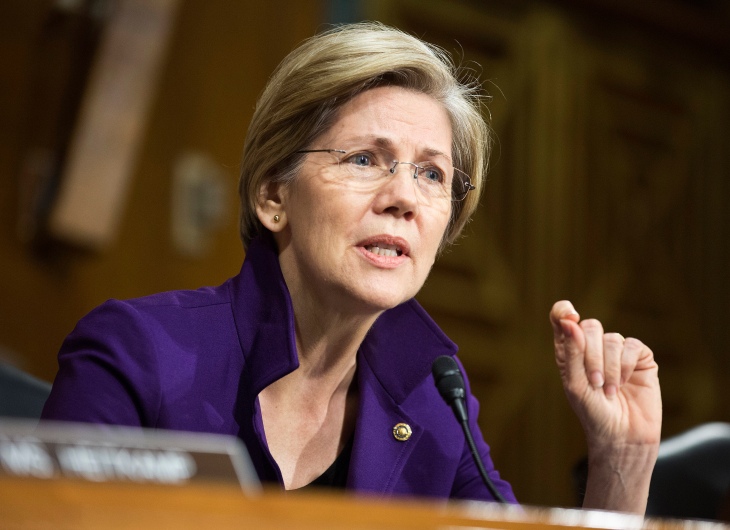 Last week our state’s senior Senator, Elizabeth Warren, announced that she would seek re-election next year. Her announcement was hardly a surprise.

Should she be re-elected ? And if so, why ? It’s not as simple a question as most of my readers may think.Warren has made herself a polarizing figure, and polarizing figures may not be the most effective advocate that a state sends to Washington. My personal preference is for Senators who get legislation enacted and who bring Federal dollars to our state’s industries and social services commitments. But states have two Senators, not one, and Ed Markey, our junior Senator, does the grunt work very effectively; freeing Warren to pursue forensic tactics.

This ivision of function is not unusual for Senators. While Daniel Webster, Charles Sumner, Henry Cabot Lodge Sr., and Ted Kennedy in his early days played the advocacy card, their colleagues of the time — few of them household names — got the small stuff done. Bifurcation prevails in most other states and always has. Thus Warren’s advocacy path is not sufficient reason to deny her a re-election.

Nor is her polarizing advocacy any such reason. If Warren speaks passionately, holding back nothing, the positions she speaks loudly for enjoy overwhelming support by our state’s voters. Advocating for an overwhelming majority of constituents is pretty basic to an elected politician.

Still, Warren’s advocacy, which exploded nationally during the recent Presidential campaign, has taxed her obligations. Many of her most passionate supporters, here and out of state, want her to be what she became during the campaign :  attack dog against Mr., Trump. He certainly needs to be hounded by attack dogs, but I’m not okay with having one of my two Senators limit herself to a role more appropriate to crusading journalists.

Or is Warren planning a run for President in 2020, in which case Attack Dog is her route to the Democratic nomination ? She certainly has every right to seek the Presidency, and I would be quite onboard her likely agenda were she to be elected. And if she does in fact commit to such candidacy, her playing attack dog would serve our state’s majority interest quite powerfully. But she has not committed to seek the Presidency, and I doubt she will do so until after re-election — if at all. Thus the question remains : should Warren be re-elected, and if so, why ?

On last bit of analysis before I finally answer my question : I do not base my answer on who her eventual opponent will be. A re-election campaign is always a referendum on the incumbent’s job performance and methods. Some Warren supporters tell me that of course she should be re-elected, because the odious Curt Schilling will be her opponent. I am not so sure of that. I’m going to answer my question assuming that Warren’s opponent will be a credible voice for our majority voters and will offer his or her own strong resume and political methodology seeking to accomplish things that Warren likely cannot.

Above all, that means enacting actual legislation concerning her signature issue : regulation of major financial institutions, including student loan lenders. In her first full term, Warren has filed several worthy regulation bills and won bipartisan support for them; yet none has even reached a floor vote. Warren also opposed the Drug Pricing Act supported by every other member of our state’s Washington delegation. She needs to do a better job of legislative follow-through, none of which will be sidelined by her explosive advocacy, as all Senators understand that loud talk is a staple of senatorial politicking.

Now my answer to the question of Warren’s re-election. These are the things she needs to commit to in order to satisfy my vote :

( 1 ) if she is going to seek the Presidency, say so. Otherwise, do not try to be a nationwide presence, concentrate on  our state, the one that elects her

( 2 ) announce three pieces of legislation, respecting her signature issues, make sure she has bipartisan support for them, and follow them through to a floor vote during the coming year

( 3 ) advocate for Massachusetts’s major industries, not against them

( 4 ) participate directly in marshaling the $ 15/hour wage fight, and file legislation to broaden the NLRB’s oversight of wage action and union organizing

Warren needn’t be another Ed Markey, nor can she be. It isn’t like her to be the unassuming detail person. Yet she absolutely has to do the desk part of what Senators are tasked to do. The fight against Mr. Trump will take a team effort, one woman’s crusade won’t do it. Unless she is running for President, Warren must resist the temptation to go tweet-o a tweet-o with the master of tweet politics.

Do these things, and her re-election will take care of itself. Do otherwise, and she leaves the door open to an imaginative, credible, non-partisan challenger. Do I hear the names Bill Weld, Juliette Kayyem, Jay Ash, Chris Gabrieli, Paul Grogan, David Gibbons ? If not, why not ?

In any case, I measure Liz Warren’s re-election not by Curt Schilling but by these proven leaders in our City and State. I expect her to measure herself ;likewise.