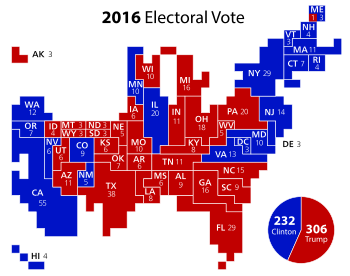 ^ Michigan as yet uncalled, but you get the point : the Midwest – Southern coalition, against northern and West Coast cities, still holds, as it usually has since the game-changing election of Andrew Jackson in 1828.

Today’s column has a negative headline because it is important, as we go about reforming how we elect a President, to not be sidetracked by arguments that are not true. There is a conversation on social media right now that claims the Constitution’s electoral vote system is all about slavery. It isn’t. Slavery had almost nothing to do with why it was agreed to elect the Constitution’s President by states’ votes, not the people’s. I now set forth my reasons :

( 1 ) much is made of the agreement, in the Constitution, that a state’s slave population would count, on a three-fifths basis, when apportioning that state’s Congress representatives (and thus its electoral vote) for elector purposes. The states which had already barred slavery wanted slaves not to count; slave states wanted them counted whole. The non-slave states wanted slave states to be punished, electorally, for sanctioning slavery; the slave states actually had the better argument : very few people at that time had any right to vote, so why should not slaves, who had no rights at all, count as well as a white man without property, or a woman ? (and of course non-citizens had no voting rights; yet they counted in the population upon which representative apportionments were based.)

( 2 ) apportioning representative by population — with or without voting rights, which very few in 1787 had — was itself a radical reform. No nation at that time apportioned its legislatures by population. England, whence the Constitution’s drafters took much precedent, allotted seats in Parliament to boroughs and corporations — only in the case of London were more members allotted by reason of a great population.

( 3 ) extending voting rights beyond white men of property was not to come until a generation later, at least. England’s Reform Bill, which opened up Parliament to population apportionment, was enacted not until 1832. States began to widen the franchise after 1808 — the year in which the Constitution ended importation of slaves  — but not until 1834 did the last of them, Rhode Island, grant voting rights to all men.

( 4 ) those who agreed to the compromises we know as the Constitution expected slavery to end, sooner rather than later. Importation was to end in 1808. Slavery was already unprofitable; not until the beginning of mass cotton farming, in the late 1820s, did slavery, originally hired to work tobacco plantings, become profitable again. For the 1787 generation, slavery was at best a temporary evil. They proved wrong; but their electoral agreements were not made to accommodate it.

( 5 ) it was states that the original electoral agreements were made for. Same with the 1804 adjustment we know as the 12th Amendment. The Constitution was a kind of treaty between 13 independent states, whereby those states agreed to act in concert on certain matters vital to them all , and to accord the final say to such decisions made by the coordinating, central government as were enumerated in the Constitution, or implied thereby. In today’s word, the Constitution was a kind of European Union, but with important political power, as well as economic powers, granted to the Union’s government.

( 6 ) By no means, however, did the 13 states that entered into the Constitution’s covenants want to surrender their independent sovereignty, not did they. Election of the central government’s executive officer — the President — was to be made by the states, and not by the people, except by limited proportionality as et forth in Article 1, section 8 as later modified by the 12th Amendment. This is still the case, as we have seen. Hillary Clinton has won the popular vote by well over 2,000,000 votes and by almost two percent (2 %), but she has not been elected President because the popular vote has no legal standing in our “common market” government.

Slavery became more important, politically, after 1820, when the slave states advanced the dictat that for every non-slave state entering the union, a slave state had to enter as well. Such was the basis of the Missouri Compromise, in advance of which ugly sectional passions burst forth (and, as Jefferson, who hated slavery, well saw, was a “bell ringing in the night”: of possible civil war). This was to prevent a Congressional majority, especially in the Senate, from outlawing slavery nationally. At this point, the electoral system agreed to in the Constitution acquired slavery significance after the fact. Because it gave election power to the states, only partly to a popular vote, it had the potential to elect an anti-slavery President.

But what of it ? After 1820, most elected Presidents were elected with the electoral votes of Southern States acting as a pro-slavery bloc (often in alliance with new states in the MidWest). Only the Civil War and the Amendments enacted thereafter did ex-slave states lose their electoral majority. Today, the alliance of most Southern states with the majority of Midwestern starts persists, as it has often done since William Jennings Bryan almost successfully reconstituted the pre-Civil war coalition.

It is true that racism plays as large a role in said coalition today as slavery did in the period 1820 to 1860. But there was then, and before, and again now, another factor, at least as important as slavery/racism, in the support upon which the electoral system stands : cities versus small towns and rural. In some respects, the two go hand in hand. Most voting power that people of color possess lies in the cities; and the whole purpose for which the Constitution was enacted was to promote the financial power — the progress of trade, finance, immigration, and ,manufacture — of cities. Indeed : the Constitution was almost not ratified because rural and small town delegates to ratification conventions saw it as a power grab by the city elite. Which it was.

That the coalition of Southern, mostly rural and small town states with similar states in the MidWest persists, and has just won a narrow electoral victory over a candidate of the cities– who won far more popular votes —  demonstrates my point : that the fault line in the Constitution was cities, not slavery. Cities were its reason; slavery was set to the side and only came back into the picture after an anti-urban political coalition had formed in which slave states were a crucial component. Anyone who today attacks the electoral system on a slavery basis misses the point as well as the facts.

Reform of the electoral vote method benefits chiefly cities, whose votes get overwhelmed within many states as they cannot be in a nationwide, popular vote. Benefiting cities of course also means benefiting most Americans of color; nor is that a bad thing.