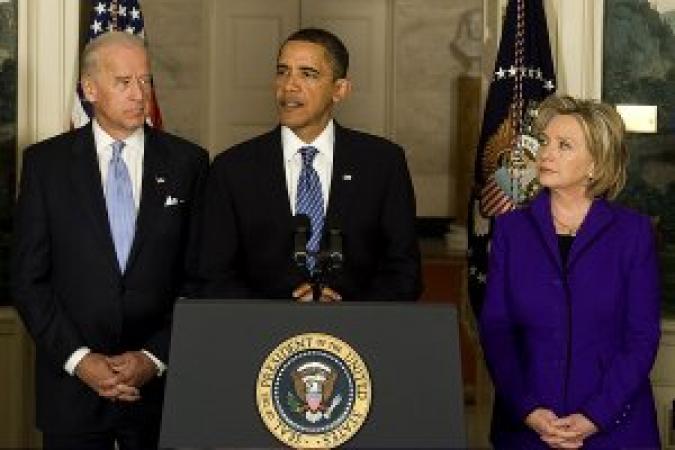 ^ for the all the Republican-destroying drama of Donald Trump, the Democratic party is the glue that binds the nation’s politics; and it is holding on almost quite well

Many will want to disagree with our headline. To most GOP leaders, and to many other activist Americans, the conquest of the Republican party by a storm of angry, blatant people who detest our government wreaks cataclysm on one of our two great parties. And they are right : for the GOP, the certain nomination of Donald Trump — John Kasich having quit his campaign just now — means the end of 160 years of well-intentioned reform. The Democratic party, however, remains more or less intact; and for the most part, since 1933, it, not the GOP,m has been the political glue holding the nation together.

The Republican party has almost always been smaller than its opponent. Only the Democrats’ fatal split allowed the GOP to win in 1860; only the secession of eleven states allowed his re-election. As soon as Reconstruction ended, the Democrats became competitive and often won national elections. By 1933 they began a streak of dominance broken only by Dwight Eisenhower and then Ronald Reagan and two Bush presidencies.Even now, with the entire South inside the Republican party, the Democrats control the Electoral college and the demographics; and their control will almost certainly increase. As a result, the collapse of GOP ideology and candidates these past few months has poignancy but not portent. A different opponent than before faces 2016’s Democratic party, but it is hardly a party at all (more a tribe), much less with larger reach.

Trump’s assault upon the GOP’s apparatus, principles, and leaders was not pretty. War never is. He meant to destroy, and he was able to because he had 100 percent name recognition at the outset and an identifiable identity as a heartless taskmaster; and because his vulgar bigotry and insecure bluster matches the traits of a whole host of voters who have, for many years now, felt themselves ignored, disrespected, shafted by those they had expected to lead them. It has always been true that there are far more American voters with small incomes, few prospects, and tainted manners than the opposite; anyone who campaigns a lot sees this. America is not a nation of sophisticates, of smooth professionals and educated reformers. These exist, and wield plenty of influence when they can; but they are way outnumbered by the “most people,” who, 110  years ago, Henry Thoreau said “lead lives of quiet desperation.”

To our politics, Trump is far from unique. In the 1930s vulgar demagogues abounded : think Huey Long, Gerald L. K. Smith, Charles Coughlin. Joe MCCarthy dirtied reputations in the early 1950s. Left wing demagogues helped lose us the war in Vietnam; George Wallace growled segregation and more segregation. Yet these — except for McCarthy at the end of his run –had to deal with a Democratic President, whose party power overtopped theirs. It is different with Trump;. He has savaged the GOP, but the GOP has been, since 2006 at the latest, a fragile party pillared by researchers, tycoons, and theorists : hardly a representative cross section of all America.

The party that Trump has sharked hasn’t much meat on it to sate his hunger. It is home to almost no Blacks, not many Hispanics, few LGBT people, not many Asians. Most Republicans are 50 years old — many much older than that — and overwhelmingly male.  This is not an amazing find. Every observer sees it. The point is that GOP voters exclude almost everyone not compliant to their self-identification. The Republican party is one of dog whistles in every sentence spoken : we are white, we are straight, we are traditionalists, we are Bible readers, etc. This, at least, is what they say.

The GOP has always been a top down, hierarchical party : bosses and workers, ever since the Civil War days. It worked, because America followed its bosses back when Americans believed in the future. Now America despises its bosses : whatever the leaders want must perforce be bad, or a con, or both. Enter Trump, a boss who talks like a worker and has a worker’s gross manners and his ugly resentments, a boss not afraid to toss shade at whomever, where and whenever.

Fortunately for America’s peace, the bottom-up vengeance sought by Trump voters seem vastly outnumbered by those who still follow the Democratic party, still have faith in the future because it is essential Democratic practice to involve its average voters in the mechanism. The current insurgency of Bernie sanders, even at its most abrasive, stops short of excommunicating Hillary voters as some sort of evil turncoat.

The failure of the GOP portends an almost complete makeover, to which end, it needs a big time-out from this election. There will be terrifying ugliness from Trump and his bitter supporters, but the collapse of America is not coming to a shopping mall near you any time soon. The transition from President Obama to Hillary Clinton may not run as smooth as idealists might like; for the two have large style and policy differences; but these irritations mean very little in the long term or to the direction of policy. The drama and noise on the Republican side is distressing to its activists, no doubt, as it should be; we oursewlves would have liked to see John Kasich have a go at the Presidency. But our disappointment is not the end of things. The Democratic party, swayed somewhat by Senator Sanders, maintains its balance and keeps its eye on the sparrow. The nation will go on, as we know it, holding course with a Democratic helmsman locked onto the future.