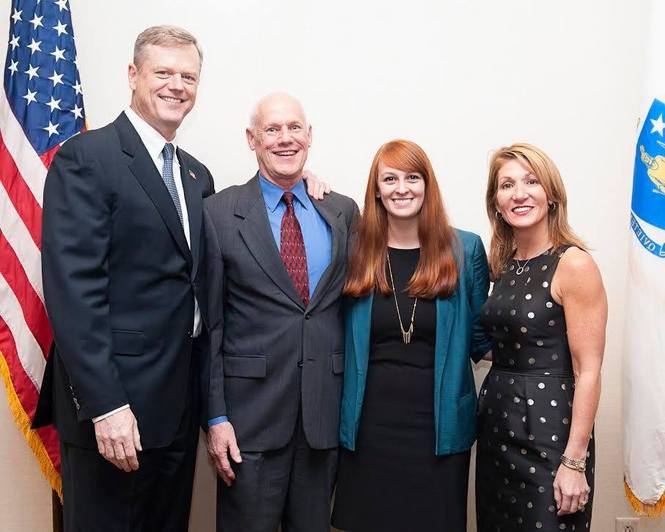 This noon, with full results still not communicated, it appears that Governor Baker has won a clear majority of the 80-member Republican state committee, the body that runs the GOP in our state and also writes its platform. I shall analyze the results later and also the campaign that Baker and his political generals deployed. But before I do that, I want to ask basic questions : is the state committee at all important ? If not, can it be made important ? If so, how ?

Certainly Baker thinks the GOP state committee important, or he would not have committed $ 400,000 (the figure I’ve been told) and months of his time to winning a majority of it. Yet doubts linger. As only eleven (11) percent of Massachusetts voters are registered Republicans, even all of them aren’t crucial to elections. How can their committee be any more so ?

State committee members are elected by Senate District. Republicans hold five, maybe six, of the State’s 40 Senate seats. In many Senate districts, registered Republicans number about six per cent of all voters or fewer. Why should such a tiny number of voters get to set party policy ? Worse, in those Districts, where almost no voters are eligible to serve on the state committee — only party members can run — those who do end up winning, with maybe 1000 people casting GOP ballots (while 35,000 voters cast ballots in the Democratic primary) almost always tend to be thoroughly out of key. That is a recipe for defeat.

In one Boston Senate District, the last Republican to run, in a 2013 special election, was beaten ten (10) to one. As you might expect, he opposes marriage equality and women’s rights and is, so far as I know, silent on civil rights and racial justice. That, in a District where 50 percent of the voters are people of color.

Why should a state committee seat with a vote equal to all other committee members be accorded someone from a District with almost no Republicans, and where those who are Republicans espouse views toxic to the other 90 to 95 percent ?

Why should the Governor be forced to spend money and time seeking to win a state committee seat where his party has barely any presence at all — and where almost every activist, though registered Democrat, strongly supports him ? Indeed : how is the Governor to find a Republican in such a  District attuned enough to election victory, to seek a state committee seat held by a ten to one loser ?

I suggest that Chapter 55, our election law, be changed to create party state committees apportioned by number of Republicans per District, so that my District might have its two members, but a Senate seat in the Route 495 belt, with 10,000 registered Republicans, might have ten committee members. If the law can’t be changed, then the party should change its own rules. Because as things stand now, the GOP state committee, membership tilted so far to the out of step and so disproportional, gets to write a party platform.

It’s the 2014 party platform that the Governor rejects, and rightly so; a platform that almost derailed his election, and which contains several items, social and economic, that almost no voters in Massachusetts agree with : and which even a majority of Republican voters reject. It was that platform that moved him to challenge its members.

Make no mistake : it was an effort that he needed to do. A major party’s platform has public policy consequences. Even if the Governor ignores it — as he did — it is there, in the public’s mind, moving them to question his commitment to his own agenda. In fact, can there be any doubt that Baker would already have called for passage of the transgender public accommodations civil rights bill now held up in the House, had he not had to look over his shoulder at a state committee controlled by his opponents ?

Why should Massachusetts people have to wait to see their civil rights protected because a tiny party’s state committee opposes the Governor ? After all, baker is Governor of all the people, not merely of the 11 percent who register as Republicans. Numbers matter : in his narrow 2014 victory, Baker drew a full 78 percent of his votes from people who are NOT Republicans. 78 percent. Yet an entire group of Massachusetts residents must wait for civil rights because a portion of the other 22 percent of Baker’s vote elected an even tinier state committee that rejects these rights.

The example I cite is an extreme one, but it symbolizes what the Republican state committee is : an obstacle to forward reform, and to the Governor whose mission it is to see those reforms put firmly in place.

Given these facts, the campaign deployed by Baker’s team lacked force. Much of it looked ad hoc : candidates unknown to the voters, who had Baker’s endorsement but nothing else; candidates who failed to deliver their nomination papers properly made out, or with sufficient signatures; candidates unready for social media campaigning; and no answer to the clever — and obvious — opposition message.

Baker’s message was a bland one built of caution : he spoke of reform and of building a  team effort. In fact, everybody knew that the real reason for his campaign was the anti-marriage equality, pro-life, economically backward platform that embarrassed him in 2014 and which he wanted no part of for 2018. I say that everybody knew it, but Baker never said it. He never marshaled the huge support available to him on the issues, support that would have gone to the mat for him seeking a more forward, inclusive platform. Instead, all he was able to arouse, for a slate that included far too many Baker hires to state government, was “team loyalty”; and this was devastated by right wing talk show hucksters as a “hackarama” state employees.

Baker’s opposition borrowed his reform message, calling themselves “real reformers,” They pledged to never take a job in state government — which was easy, as Baker would certainly never hire any of them — and to be “responsible only to the District’s Republican voters.” That was clever. Of course it was also utterly wrong; a state committee person  owes a responsibility to all the District’s voters, to recruit great candidates and to listen to every one.  But given the insular, siege mentality of Republican voters who know themselves fatally outnumbered, the pledge sounded like Colonel Travis stating his readiness to die at the Alamo rather than surrender.

Dying for the cause has great appeal to vastly outnumbered Republicans. Given that mindset, it’s kind of a miracle that Team Baker appears to have won a majority of the 80 seats in a body which, despite his win, seems more Alamo than Victory.

I hope that Baker’s 2018 pre-election message will be much, much bolder, and more passionately progressive, than the state committee sideswipe he manged to get by with. Because the day is coming, and fast, given the disaster for the national GOP, when there will be no room even for a brilliant Governor like Baker, or for his party locally. I advised Scott Brown, after his 2010 victory, to run against the national party; said the same thing to Senate candidate Dan Winslow in 2013; and am saying it to Governor Baker now. Be an insurgent, for our people’s sake,m and we will follow you and rescue the GOP at least locally from its terrifying fatalisms.