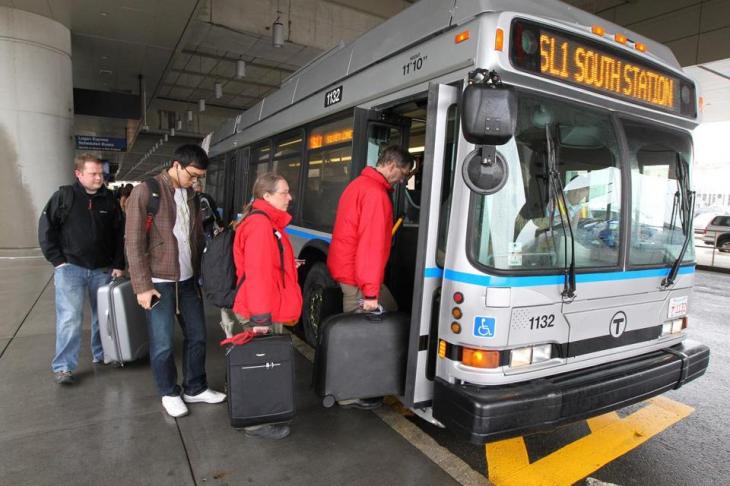 As our state government goes about reforming the MBTA (and the Commuter Rail), most of the commentary provided by officials sounds ominously minuscule. Don’t get me wrong : I am quite glad that Governor baker’s fix-the-T team is digging into the smallest, most impenetrable details and finding absurdities that only decades of go-along, get-along can accumulate. Still, for Baker’s reform team to pick away chiefly at maddening nits would constitute big mistake. The T can only be made truly useful by seeking the biggest feasible outcome.

Doing so will mean big money. It will mean new taxes, or fees, or both. Transit pundits talk of a $ 7.6 billion “ready for use” backlog of infrastructure upgrades. It’s not enough. Here’s my list of what is needed :

1.Every line of the T needs new rapid transit trains. The Commuter rail needs new cars, and it needs locomotives that get delivered from the manufacturer ready to roll. (Right now, as has been reported, the 40 new Commuter line locomotives have come with quite a few bugs requiring out-of-service repair.)

2.Stations need heat panels so that people waiting as much as 15 minutes for a train don[t have to endure winter’s cold and snow.

3.Charlie Card machines need constant maintenance. Almost never do I go into a station and find each of its three or more card machines fully operative. Sometimes only one machine is working. Si you wait for the persons in front of you, some of whom may be unfamiliar with how to use the machine. Meanwhile, your train arrives and you can’t get on it, so now you need to wait another 15 minutes.

4.Green Line expansion cannot be put off. Re-contract the job and get it done. Of course that means that public meetings cannot invite attendees to demand every bell and whistle in their wish list.

5.If various T tasks are going to be contracted for — such as maintenance of card machines, or trains, or buses — require each contractor to apply the same monitoring system and job completion list, so that T managers don’t have to oversee a host of overlapping, even contradictory, task schedules.

6.Plan T expansion for the future, in which ridership will double. Both the Blue Line and the Orange Line ought to extend; perhaps the Red Line as well. Synchronize systems : why do the Commuter Rail and Green Line use one method of fare collection and the rest of the T another ? Connect the Silver Line directly to the Airport.

7.Consolidate surface stops on the T; give Green Line trains stoplight priority on the avenues and boulevards they travel along. Restart the Green Line’s Watertown line.

8.Co-ordinate T expansion — and maybe even current T service — with housing plans, so that a public transit option will be within easy access distance of newly planned residences. In this regard, Mayor Walsh’s capital spending program, whereby he intends to consolidate 126 old, inefficient school buildings into 90 larger, new ones, should take transit immediacy into account when siting a new school. Kids now use the T to get to school; why not make it easier ?

10.Merge MBTA employment with the rest of state employment. The state manages, operates, and funds the MBTA. Why shouldn’t its employees be state employees rather than separate ? There’s absolutely no need for such duplication. 30 odd years ago we merged the Registry of Motor Vehicle Police 9and the MDC police) into the State Police, creating one state police department. We should do the same for MBTA workers.

11.Put wi-fi capability in the MBTA’s buses and trains.

The time to do these tasks is now. The public is ready for it. Who knows when the next opportunity to transform the MBTA will arise / Or even if ? We should do it all, do it now, while the getting is good. It will cost maybe $ 12 billion, you say, to do everything ? OK then; let’s do it. Do it before it ends up costing twice that.

All of what I’ve listed doesn’t even begin to deal with the inefficiencies that bedevil our state’s road system. In many ways, our roads are in worse physical and managerial shape than the MBTA. Wait till you read what I recommend for them !