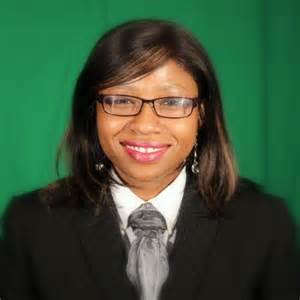 Those who paid attention to Mayor Walsh only in the context of the Boston 2024 Olympics pie fight have missed the big picture. There, the Mayor was seen in his old Boston guise : union leader leading a coalition of Building Trades guys and the big developers who give Building trades guys (and gals) their big pay checks; a following of loyalists, many of them from the Eastern side of Boston and bearing last names of often Irish provenance.

To be sure, that is Mayor Walsh’s core following. But the Mayor is not standing still. Anyone who has tracked his management hires these past few months can see that he’s making good on changing the look and sound of City Hall. To list but the most prominent :  Tommy Chang, Boston Public School Superintendent; Shaun Blugh, Chief Diversity Officer; Bill Gross, Boston Police Superintendent; Jascha Franklin-Hodge as Chief Information Officer; Daniel A. Koh, Chief of Staff; and now Dr. Atyia Martin, a Boston Public Health Commission member with FBi and Boston Police experience, as Chief Resilience Officer, charged with outreaching to poorer Bostonians who may be impacted  by disasters natural or otherwise.

Martin’s appointment has been well received by many — particularly popular with the people she has ben tasked to assist.

Lastly, Mayor Walsh has named a OneIn3 Council of 37, hardly. any of which names I know :

These are not the same old same old, not at all. Mayor Walsh has also put out a public request, via online, for consulting services to implement his very ambitious Imagine 2030 Plan. To underscore his determination, Walsh’s chief of staff has also moved to bring aboard — so I am informed — all manner of young, tech-savvy programmers and web managers to lift the City’s entire communications system up to state of the art online for smartphones, ipads, and other interactive devices.

It shows. If you follow Mayor Walsh on twitter or facebook, he is always interacting with you; he holds weekly tweet sessions inviting public feedback, and Imagine Boston 2030’s entire operation solicits — and receives — immense public feedback directly to its data gathering staff.

Almost two years remain before Walsh’s re-election effort faces show time. Given the opposition that has arisen by way of the Olympics, chiefly, but also his foray into campaigns that did not succeed, not to overlook his ongoing battle with casino mogul Steve Wynn, Walsh badly needs every bit of the transformation and technology that he is rapidly putting in place.

If he can mobilize the thousands of Boston people who are feeding back into his several outreach initiatives — if he can bring even a decent fraction of them into the direct campaign process — he will be hard to beat. No serious opponent whose name people talk to me about can likely match the Mayor’s potential support. Opponents will probably look chiefly to the traditional type of activist — the “community person” (we used to call them “opinion leaders”) — because that’s who’s easiest to see, hear, and get to know. A potential opponent can also draw upon opinion leaders’ support group. But this traditional source of campaign boost, strong as it is, can’t match the vast number of people interfacing with the new, tech-driven City Hall, if — a big IF — these can be raised from the interface level to that of active supporter.

That won’t be easy. The Mayor’s core group aren’t well placed, socially or even geographically, to recruit interface people. His most dependable canvassers and door-knockers are marvels of dedication, but at the new game, they’re not likely the best troops. In addition, I hear that there is some friction between the Mayor’s technology cadres and his traditional supporters. That cannot help, because he can NOT do without his best (and best liked) core operatives at his side.

The Mayor has also found himself maneuvered into corners which he freed himself from only at the cost of looking weak. It was embarrassing to watch him, during the climax of Olympics battle, get pinned to the transparency wall by Councillor Jackson’s subpoena order, escaping only by surrendering a vital principle of Mayoral authority.

That said, it is good for the transformation of Boston that the Mayor looks weak to some, and maybe even to himself . He isn’t going to coast or boast his way into the upcoming battle. He knows he has a fight on his hands and that he is assembling an army that doesn’t even realize it’s going to be an army, facing opponents who know who to mobilize and how. But risk isn’t merely Walsh’s fate. It’s his opportunity. Transforming City governance is the right thing to do. That alone is a strong argument for re-electing him.

Will it work ? Probably, but not definitely. 2017 is going to be an interesting election.